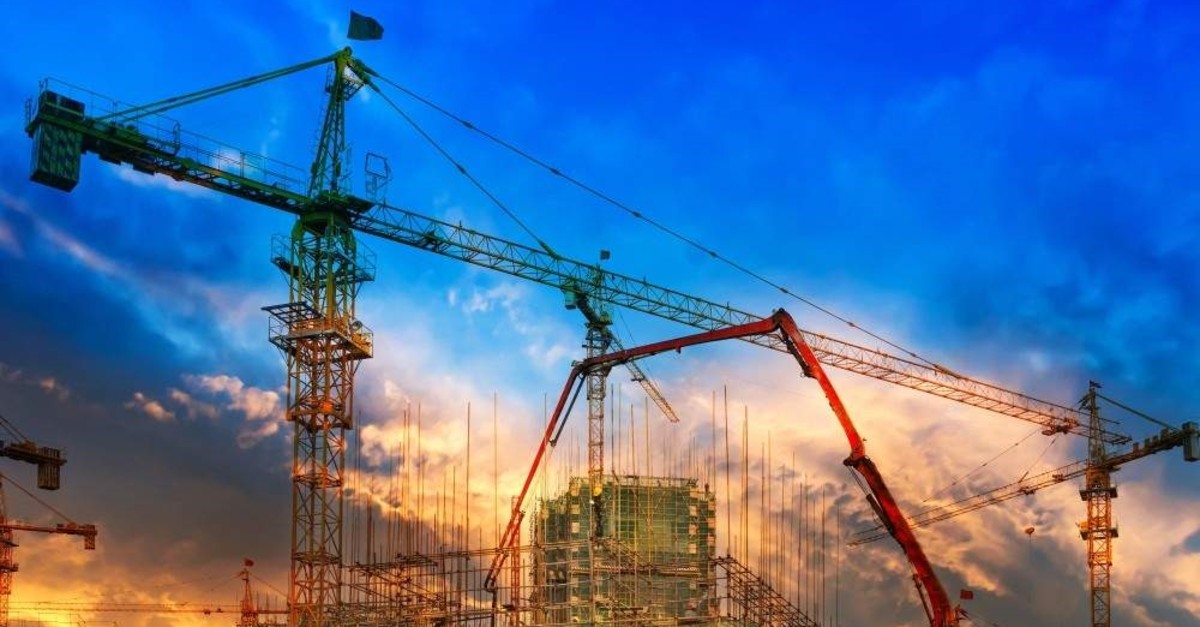 Artificial intelligence has already taken over our daily lives in sectors like health and education, and it is expected to soon help mankind construct and design buildings more efficiently

Construction is one of the most challenging sectors for artificial intelligence and robotics. When it comes to manual skills and holistic thinking, no advanced technology can hold a candle to human labor. So far, we have seen a robot putting up a wall, the various uses of augmented and virtual reality (AR/VR) and AI systems performing repetitive tasks in the construction industry that people no longer want to do. While the concepts of work and tasks for people have changed with Industry 4.0, by 2050, it is estimated that two-thirds of the world's population will live in cities, which means new cities, more housing and more roads.
To meet this demand, the construction sector needs to build around 13,000 homes every day worldwide. Together with the basic need for housing, climate change is one of the most pressing matters for sustaining and industrializing urban life. In light of all these facts, we talked about the future of the construction sector and its relation to technology with Autodesk Architecture, Engineering, Construction (AEC) and Production Department Manager Naji Atallah at the Autodesk Future of Construction Sector Summit in Istanbul last week.
Atallah said, as a company also serving the manufacturing sector, the construction sector lags behind the other sectors, while the manufacturing sector allocates three times more budget to technology, which causes production to remain slower in construction. Atallah added that new technology trends are gearing up to revive this sector and that companies have started to apply these new trends.
“We use VR technology for better viewing and better decision making. AI and machine learning are two other technologies we have begun to use widely. Algorithms can learn from data and construction sites,” Atallah said. “An experience from any country in the world, for example, an application in China, can be used in a project in Turkey. Imagine that a steel product in Turkey cannot work properly in bad weather. In China, there is a similar problem due to the same physical conditions, and if an algorithm that works here finds the reason why Autodesk shares this information with users all over the world.”
Let machines install windows
How successful are robots in the construction sector? As in many industries, will machines replace men in this sector as well? Atallah emphasized the importance of human security as well as superior human skills in this scope. “We use robots where they can do a job better than humans, such as welding or environments hazardous for humans. A good example is installing a window. Remote-controlled robots do this very well,” he explained. “Robots cannot reach people's expertise and attention in some areas. If it is nonrepetitive work that needs to be personalized, robots cannot replace humans. People are concerned robots will take their jobs but look, I am an architect. I chose this job because of my passion for design, not to count 2D or 3D windows. Let the technology handle it. Let us focus on how we can do our jobs better.”
Will construction become a sector dominated by 3D-model buildings? Atallah stressed that 3D could not be used in all situations and projects. “If there is organic and building design that we cannot do with traditional methods, 3D or layered production adds great value. However, the question is, for example, if we are going to build a hotel, why get 3D? There are better ways to make this hotel safer, faster and cheaper. We need to decide where and why to use technology. Layered production will play a major role in construction, but it will not completely replace methods made with CNC (Computer Numerical Control) machines,” he noted.
Designer’s role is changing
According to Atallah, the technological difference in the construction sector in the coming years will create productive design, a software in which AI reveals different design possibilities that may arise according to the target. Atallah stressed that the role of the designer changes with this new process.
“In traditional design, the shape of the design, the measurements, everything has to be designed. In productive design, the designer's goal is to transfer the mathematical problem to the algorithm,” he said. “The algorithm offers hundreds or even thousands of design solutions. The designer is considered to have done their job well if they can explain the problem well to the algorithm. Revealing the design through the algorithm means faster, better designs, less material loss, less waste, which means less damage to our planet.”
Atallah noted that the cameras installed in the construction site could solve the problem of workers and security, explaining that machine learning algorithms embedded in the cameras can instantly detect which workers are not wearing their helmets, so there is no need to have a person to supervise the workers in the field.
Last Update: Dec 20, 2019 2:18 am
RELATED TOPICS