Use it or lose it: The less you use your brain, the more it will shrink 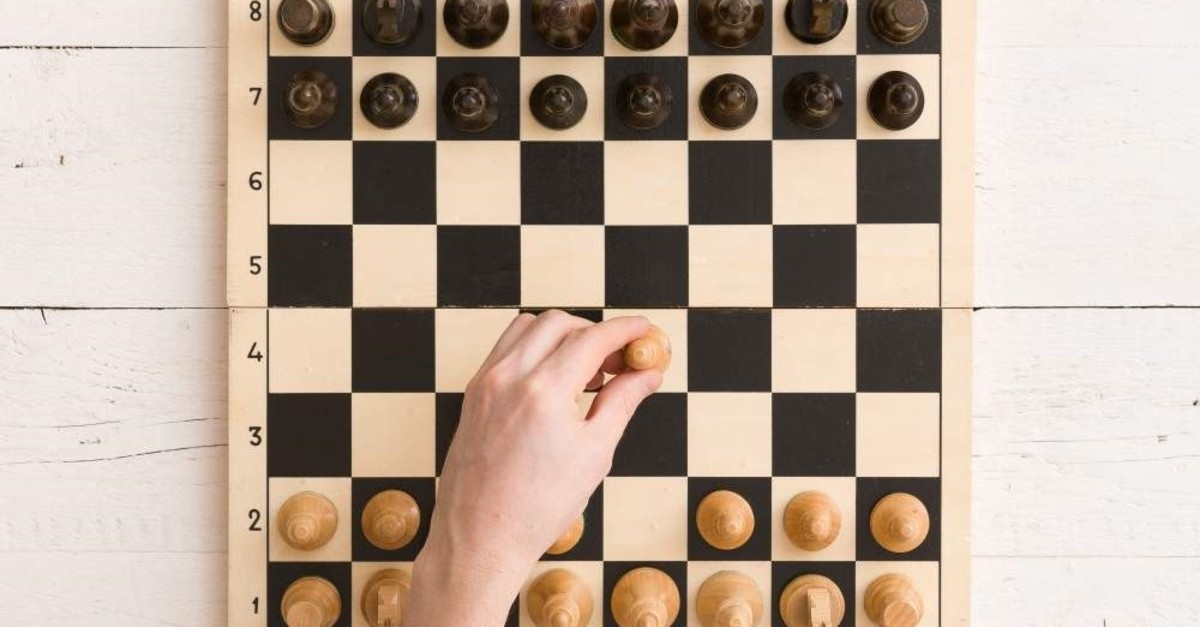 Playing chess is a good exercise that stimulates the brain. (iStock Photo)
by Daily Sabah with IHA Dec 16, 2019 6:55 pm
While you might know you need to exercise your body to stay strong and healthy, did you know our brains also need exercise daily to stay mentally sharp?
Yes, our brain, the most powerful organ we have that controls all our thoughts, actions, memories, feelings and experiences can be negatively impacted by not being used enough every day, which could speed up the process of its aging and lead to Alzheimer’s later on.
Speaking to Ihlas News Agency (IHA) before the third Neuroscience Congress in Istanbul, professor Uğur Batı said the secret to aging well was to use our brains to their maximum capacity, and it was important not to forget they need to be stimulated daily.
"Everyone has a brain, and it needs to be used, period. There are many inconclusive studies about how using our brains the right way can make us happier etc., but there is one thing we know for sure and that is the fact that the brain shrinks if you don't use it. This has already been proven,” he said.
“We are talking about an organ that structurally shrinks but stays a certain size, just enough to sustain your biological life. Once it’s gone, there’s no going back. We are talking about an extraordinary structure that can change structurally and chemically,” he added.
The vice president of the Brain Research Association, Dr. Korkut Ulucan, stated that everyone is at risk for Alzheimer's disease and recommended all to take up sports and do various exercises to train their brains every day. Stressing that toxins that have formed or accumulated in the body should be disposed of, Ulucan highlighted the importance of doing sports, brain exercises and eating a nutritious diet for maintaining good mental health.“Sports and nutrition are very important for health. The third is brain exercises. Just as we do physical exercises, we should also be doing brain exercises. Various activities such as solving puzzles, doing sudoku, playing chess or playing instruments, especially two-handed instruments, are very beneficial for our brain cells,” he said.
Human brain too complex to understand completely
With the brain being such a vital and complex organ, the world of medicine has many times pondered whether they could reproduce the brain to reverse such damage or shrinking. However, scientists have on many occasions reiterated the near-impossibility of mass-producing such an elusive and complex organ.
“The technologies we have now such as artificial intelligence (AI) and sensor tech and the current algorithms we use are actually things we do with only a small part of our brains,” Batı said, stressing that understanding the brain has proved to be much more difficult than developing these technologies.
Calling the brain the “most complex object” in the universe, he said that one day, even if we achieve technological singularity in the 2100s, we still might not be able to mass-produce the human brain.
"If you had the ability to do what the human brain does, it would be equivalent to a TL 3.5 quadrillion budget," Batı said, adding, “Of course this is just metaphorical because there is no such technology at the moment."
Last Update: Dec 20, 2019 2:27 am
RELATED TOPICS