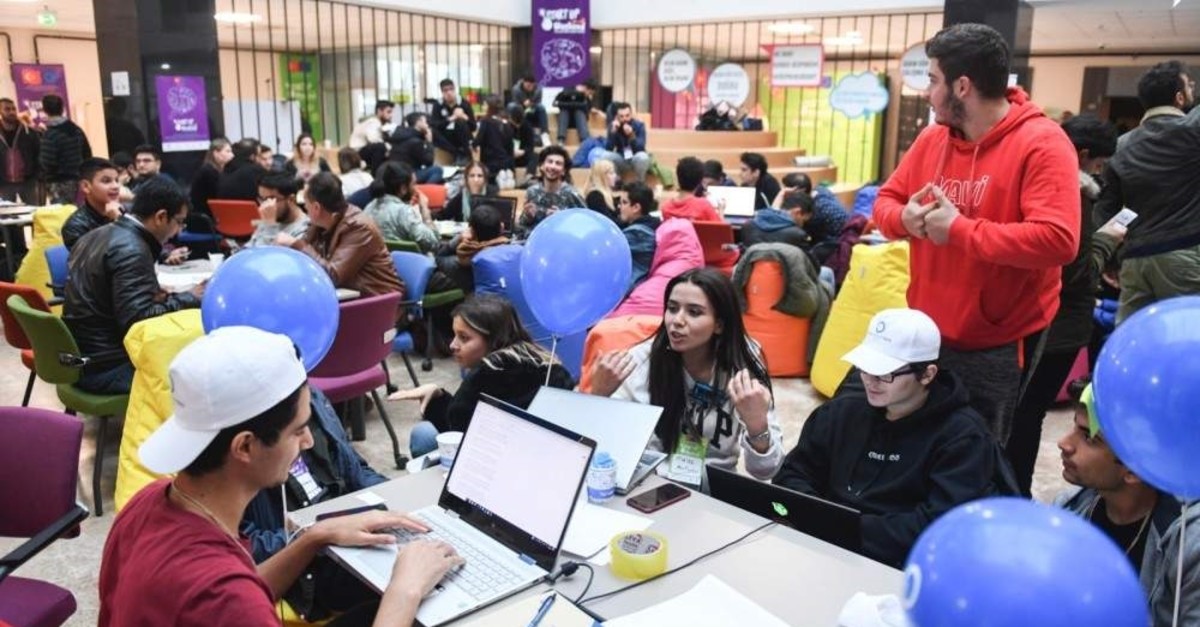 This past weekend witnessed dozens of innovative ideas for startups from young entrepreneurs at an event that could best be summed up as: 'United by similarities, not separated by differences'

Over the weekend, Adana hosted one of the most promising and inspiring events we’ve seen in Turkey – Startup Weekend For All: Leave No One Behind – a tiring but rewarding 54-hour marathon where aspiring entrepreneurs got to learn the ins and outs of starting their own companies. The event was organized by the United Nations Development Program (UNDP), the Ministry of Industry and Technology and held as part of the EU-funded Turkey Resilience Project (TRP) in response to the Syrian crisis.
The two-year project, which has a 50 million-euro budget, aims to contribute to the economic and social resilience of Syrians and their host communities, and bolster national and local institutions struggling under the strain of stretched resources from overcrowdedness. The end goal of the “job creation” component of the project, which this startup weekend is a part of, is to create 2,000 jobs – 50% of which will be for Syrians and at least 40% for women.
The concept of startup weekends is nothing new, and gatherings have been held around the world since 2007; however, what made this particular event special was that it also brought together people of different nationalities, ethnicities and cultures – including Turks, Syrians and a Nigerian, to name a few. The participants spoke different languages and maybe even held different beliefs, but they united under one purpose and worked together to bring their business ideas to life.
Many confessed that they had prejudices about some of their teammates before they started working together but quickly realized these preconceptions were incorrect and were thankful to have the shared experience together.
By Sunday, the UNDP counted over 300 participants and 28 final teams who produced 68 new business ideas in the fields of marketing, accounting, health care, programming, environment, human rights, virtual reality (VR) and artificial intelligence (AI), as well as social cohesion, employment and refugee-related issues.
The range of problems the young entrepreneurs aimed to address, as well as the sheer number of brilliant ideas and projects the participants dreamed up, shattered even the organizers’ expectations – so much so that the jury decided to give out six awards instead of three.
Augmented Team, AkiTech, Data’s, Cashier, FreeKnees and the 7th Continent teams were awarded laptops and tablets for coming up with smart, innovative and affordable solutions to some of the globe’s most pressing problems. The 7th Continent team, whose members were all under the age of 13, earned the praise of attendees for being so environmentally conscious at a young age. FreeKnees, an AI-backed prosthetics project for war victims and the disabled, was also commended by the jury and lauded by other participants for its story of perseverance and strength.
Meanwhile, three other projects – 3S, TDEVR and DIA-BET – will receive crowdfunding, mentoring and networking support from Turkcell’s Arıkovanı (Beehive) initiative. 3S is a “smart shower system” that promises to reduce household water consumption and reuse wastewater; TDEVR is a VR headset and program designed to teach autistic kids in a more immersive environment and help them conquer their fears, and DIA-BET could become Turkey’s first domestically produced insulin pump for diabetics.
All of the teams who participated in the weekend-long event have been accepted into Bootcamp, which will be organized by the Adana Innovation Center. The 28 teams that made it to the finals will also be given the opportunity to hold one-on-one meetings with the KOSGEB Adana Provincial Directorate and benefit from the incentives and support it has to offer.
The program was attended by 18 prestigious mentors, who not only motivated the students but also asked a lot of tough questions to challenge them to exceed their goals.
Two names took the helm in training. Adana Entrepreneurship Center Manager Serap Urunga gave participants business model training while Patrick Bosteels, a certified instructor and mentor with Google Startup Weekend and the co-founder of Stage Co., provided mentoring and pitching and process management training to participants, mentors and jury members.
The selection of panelists for “Inspiring Speeches” was also spot-on. IBM Executive Vice President İhsan Müderrisoğlu, StartersHub Partnership and Mentorship Relations Manager Günce Onur and Boğaziçi University Businesspeople Alumni Association Chairman Murat Ülman shared with the audience their experiences with technology, entrepreneurship and innovation, while the head of the Productivity Applications Department of the Ministry of Industry and Technology, Mustafa Kemal Akgül, and Keiretsu Forum Turkey General Manager Duygu Eren gave guidance and advice to participants on how to become true entrepreneurs.
Last Update: Dec 20, 2019 2:28 am
RELATED TOPICS