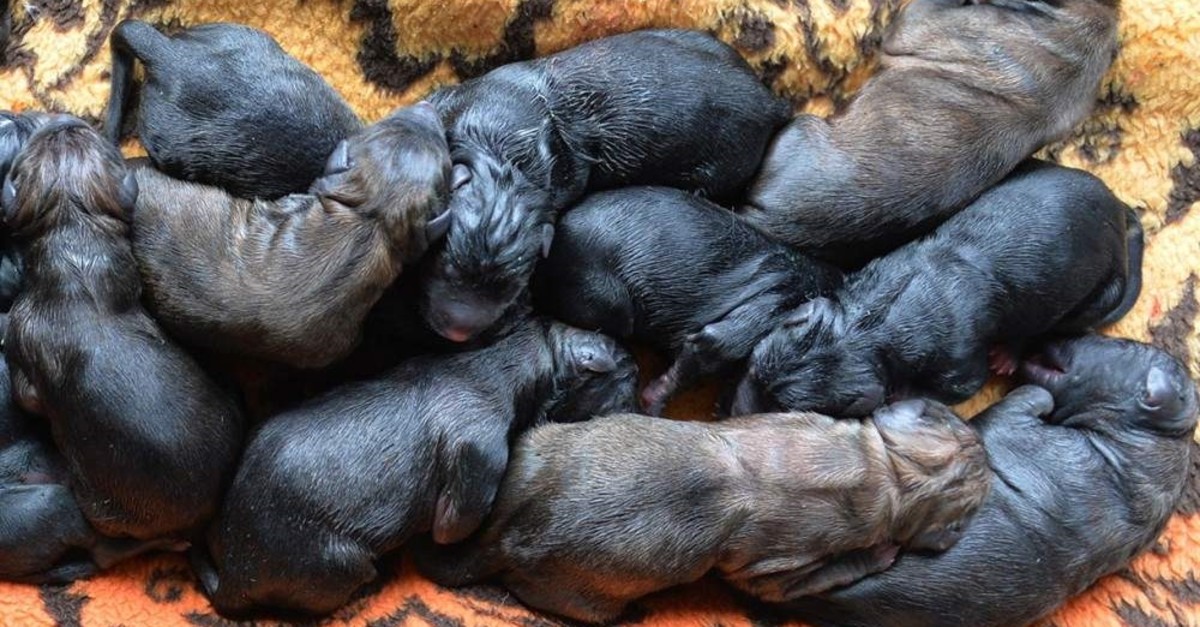 Unfortunately, only 10 of the 16 puppies survived the birth. (DHA Photo)
by Anadolu Agency Dec 17, 2019 1:41 pm
A stray dog in southern Turkey gave birth to 16 puppies by cesarean section Sunday, marking a rare event since dogs generally produce five to six puppies – though this number may vary based on the breed of dog.
A team of veterinarians in Mersin province took care of the stray dog and helped her deliver the puppies.
"After we received a call, our team went to the district of Mut, and we found the person who called us. They asked us to take care of a crossbreed dog. When we brought her here she was about to give birth," said Mehmet Cücük, a senior veterinarian.
The veterinarians decided on a C-section because the dog had so many puppies to deliver. The procedure took two hours.
"I have been working at animal shelters for the past 13 years, but this is the first time I have seen a dog give birth to 16 puppies. I have seen 10 before, 12 maximum," Cücük said.
Unfortunately, however, six of the puppies died at birth, while the rest are healthy and receiving veterinary care.
"Our main duty starts now. As the mother had a cesarean, her milk will come in a bit late. As you can see, our friends are taking care of the puppies and bottle feeding them," Cücük said, adding that they check and feed the puppies every half hour.
"We keep the puppies around the mother so that they can smell each other. As of tomorrow, the mother will be nursing her babies," he added.
"We named her Bereket, which means abundance in Turkish since she gave birth to so many puppies," he said.
Last Update: Dec 20, 2019 2:28 am
RELATED TOPICS