From Brain Games to the philosophy of the future: Jason Silva 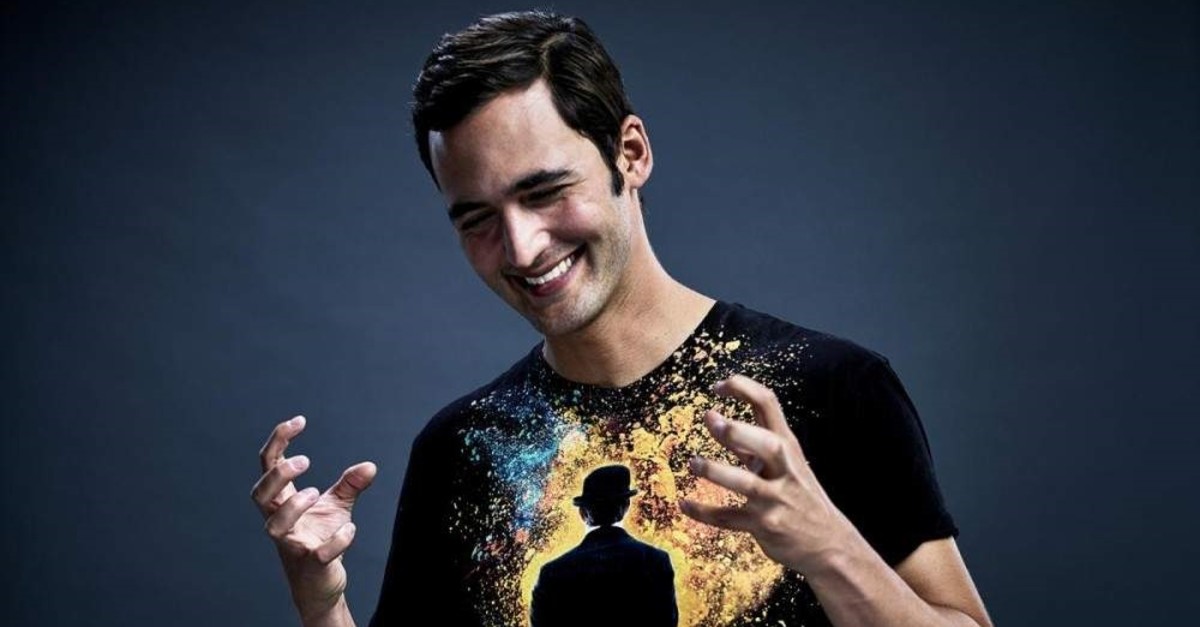 Jason Silva, an award-winning TV personality, filmmaker, futurist and philosopher, knows a thing or two about the ways of the mind, and now he's exploring technology, art and states of consciousness

Information is now easily and rapidly accessible. It is possible to say that being indifferent to new information is actually a success. However, knowing how we can actually use the information, well, that is the challenging part. Jason Silva, who gained millions of followers with his “Shots of Awe” video series seven years ago, when there was no “influencer” concept on social media, has managed to do this very well today, especially as a familiar “face of screens and internet influencer” widely known by young people.

As the world transforms with technology, Silva is turning everyone's heads with his unique, characteristic and literary expression style. Describing the relationship between technology and philosophy, Silva transforms himself in the meantime. As the star of National Geographic's Brain Games series, Silva takes his curiosity, which is his greatest motivation, everywhere he travels, adding depth to his “journey” that he started in 2012 as a storyteller on social media. Silva is now a futurist speaker answering the question “how?”

We talked to Silva in Qatar at the 2019 World Innovation Summit for Education (WISE), which was held in November under the theme “Unlearn, Relearn: What it means to be human.” Silva focuses on “futurism and disruptive innovation, the physical and psychological effects of awe on the human body, and leaving the mind to the flow.” What Silva wants to arrive at is to discover ways to maintain mental and physical health and to find out how the issues he contemplates stimulate creativity – to tell people “how.”

Silva has been invested in consciousness and staying in the flow lately. When asked if there was a particular reason, he said one of things he is passionate about is people's capacity to overcome limitations.

Silva said sometimes these limitations can come down to technical or practical reasons, but they can sometimes also just be our own minds. Pointing out that the number of suicide-related deaths nowadays is higher than the number of deaths due to natural disasters or conflict, he said the issue of mental health is a pressing matter.

Staying in the flow

When asked how he protects his sanity and looks after his mental health, Silva said: “I take care of myself. I rest and sleep very well. Sleep and exercise have a great place in my life."
"Besides that, I am actively meditating. Staying in the flow is an active type of meditation. So is going for a walk, swimming, traveling, making art, reading and watching movies,” he added.

“If you have watched my videos, I describe them as a ‘free flow of consciousness without written text.’ I get into a flow while making videos. When you are in the flow, your brain tries to guess what you are going to say, while being completely insecure on the other hand,” he said, adding that the beauty of this state of mind is that it silences your inner critic.

He said brain scans of free-flowing rappers and jazz musicians have revealed that parts of their brains shut down when they are really “in the flow.”

He stressed that people often have the misconception that to get into a flow is to let it go, but it actually has a lot to do with planning and discipline.

“You have to surrender after you have worked on it,” he added.

Advising everyone to find their own flow path, he said: “Flow brings focus. You need to find out what hinders your focus, what distracts you and what draws you in. This may be sports or music for some. For me, it is making videos and being on stage.”

Are we living in a simulated universe?

The idea that the world around us is not real and that we are trapped inside some video game or computer like The Sims or The Matrix has become the subject of serious academic debate. SpaceX chief Elon Musk has been one of the many high-profile proponents of the “simulation hypothesis” – a theory that proposes the Earth and the universe, and all reality is actually an artificial simulation – and he recently explained his thoughts on the subject in a podcast.

Silva said he agreed with Musk to a degree, but in a different way.

“I think we live in an environment where everything is virtual. It is like you are in a perception field. What you think and your identity stand in virtual reality. None of this is physical or unchangeable. If you look at our planet from space, you do not see lines separating countries. These lines are our virtual reality,” he said.

“(Yuval Noah) Harari, in his book Sapiens, says that society cannot exist without useful stories. A dream that only one person has is a dream, but a dream that everyone has becomes a reality. So, in a simulation where everyone moves together, these dreams are practically real,” he added.

On the topic of transhumanism, Silva called it “an extension of natural life.”

“We can extend and expand our capacity in natural life, just like tools. We came from Africa hundreds of thousands of years ago, and we used the tools to reach something physically. If we could not reach fruit, we got sticks, for example. Thanks to sticks, we were able to extend our arm. This process of extension was the extension of our intentions and our brains. From this point of view, I believe that being human is trans-human.”

With the rapid development of technology, a lot of people fear the new and unknown. Silva said he believed people weren’t exactly afraid of technology but rather afraid of change and resistant to it.

"It’s because change brings uncertainty, which in turn spurs this biological effect of the uncertainty (our ancestors felt) thousands of years ago when we thought a lion would come out and eat us," he said.

He said this feeling of uncertainty should be embraced as it “allows us to dream and build the life we want.”

According to Silva, this is very much in line with Wise’s theme, which suggests that we are in an era, a process of “unlearning what we already know and relearning it.”

Silva said he likes to think of himself as a software program with “bad coding.” “Sometimes I have a lot of anxiety. I know what triggers this situation and I find where my bad programming is,” he said.

“Sometimes I stop while reacting to something, I watch my reaction and try to figure out how I feel. Then, I decide how I want to move forward. When I react to something, there is always an element I take into account.”