Knitting for the needy for more than 20 years 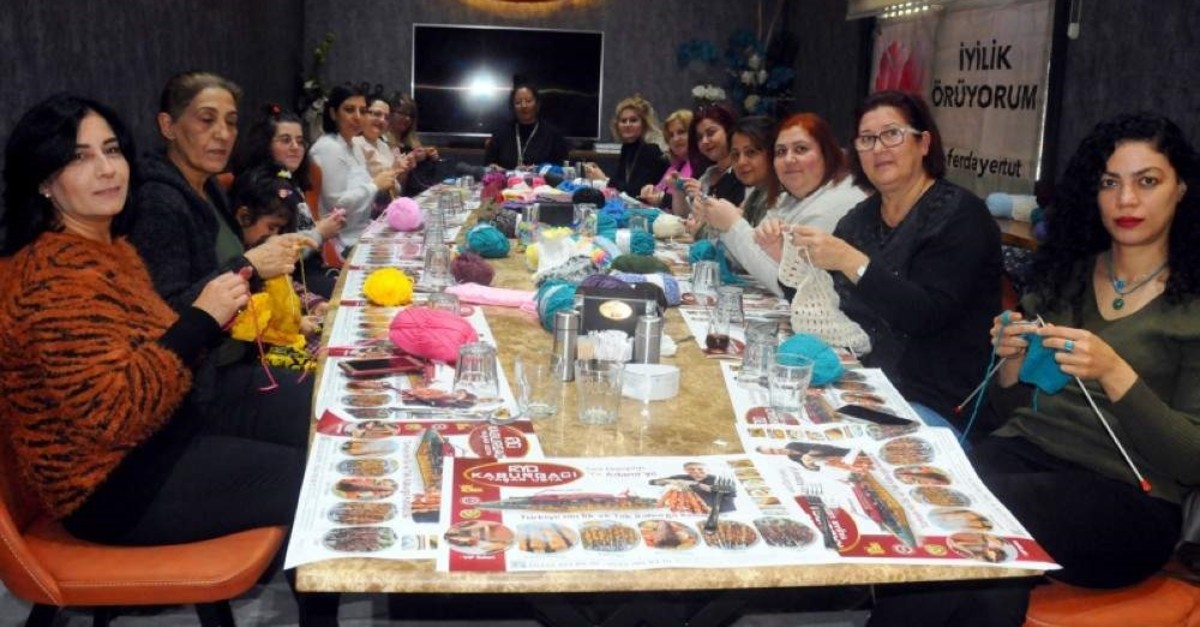 A group of women has been knitting scarves, beanies and jackets for children in need across Turkey.

The initiative was launched 21 years ago by Ferda Yertut, after her son gave her the idea of donating much-needed supplies to disadvantaged kids. Since then, in order to increase the group's reach, she launched the "İyilik Örüyorum" ("I'm Knitting Goodness") campaign on social media. The scheme has landed major success, with many women up and down the country pledging to lend their skills to boost her efforts. Yertut has been meeting up with participants in cities and provinces across the country and distributing their knitted items among kids.

"We are knitting scarves and beanies for children feeling the bite of winter. This is within our hands and I am ready to do anything that I can to help," Yertut said, announcing that the meetups would be taking place in the western provinces İzmir and Aydın in the coming days. "I am calling on everyone who can knit to join us. And if you can't knit but would like to help, then you can donate yarn or help deliver scarves and beanies to the children."

She said that many were reaching out via social media to give her the names of children in dire need of better wrapping themselves up for winter. "For example, a friend who's working in a village school reached out to me and told me that 100 kids were in need of scarves and beanies. We gathered up and sent our supplies, which they received two days ago," she said. "This is how they find us and it makes us extremely pleased, too."

Esin Büyükyılmaz, who organized a group meet up in the southern province of Adana, said that they were in need of more support in the city, asking all to participate in helping get supplies to local orphans.