Where to celebrate Christmas in Istanbul 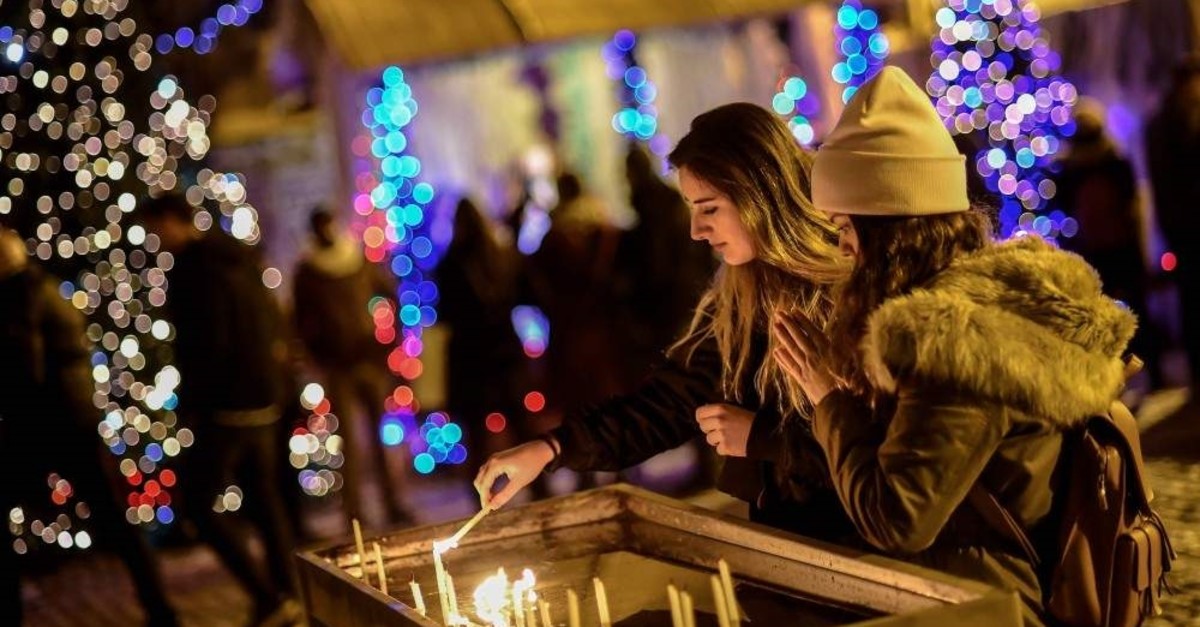 Whether you'd like to attend a mass in one of Istanbul's many historic churches on Christmas Eve or just eat, drink and be merry, there's something for everyone in Turkey's largest city

The single-most significant holiday celebrated in the Western world is upon us. Held on Dec. 25 each year, and its eve on the night prior, Christmas, aka Noel, is a special time for many an expat. For those away from home and family however, it can also recall sentiments of homesickness, especially as it seems that life continues normally on the day in Turkey. However, expats can rejoice in the fact that there are a number of ways to make this Christian holiday meaningful, especially in Istanbul, which is a predominantly Muslim country.

So, don't feel alone and there is no need to miss home, as in Istanbul there are parties hosted by expats, lavish traditional dinners served by luxurious hotels and masses held at some of the most historic churches in the world.

X-mas held by and with expats

Pop-Up Dinners Istanbul is hands down one of the most in-demand events amongst the expat community for offering a welcoming environment for expats to meet and mingle, while also serving up some of the most delicious and unique gourmet food on offer in Istanbul. Run by Kay, a Dutch-Singaporean expat and former restaurateur from her home in Cihangir, Pop-Up Dinners hosts a different themed meal at least once a month that for years now has been one of the most popular expat meeting grounds. On Tuesday, Dec. 24, which doubles as Christmas Eve, starting at 8:30 p.m., there will be "The Night Before Christmas Pop-Up," which will feature a traditional Christmas dinner with turkey and ham and even a Yorkshire pudding. There will also be carols sung and a gift exchange to get you in the holiday spirit and there are still a few spots left, so check the Facebook page for details.

Istanbul's first authentic Latin restaurant Azùcar, which is located in a rooftop venue in Cihangir and was opened by Venezuelan expat Yohenys Flores last year, will be hosting a Latin Christmas Party on Christmas Eve, which is Tuesday, Dec. 24. Starting at 10:30 p.m., this will be a fun and lively casual party with Latin dancing and carols to get you grooving and in the holiday spirit, celebrating with the city's Latin expat community. Entrance is TL 50 and includes a drink.

Enjoy a special Christmas meal at a chic hotel

For decades now, the Hilton Istanbul Bosphorus in Harbiye has been the go-to address for a traditional Christmas buffet, which they serve at their Bosphorus Terrace restaurant. This year, the Hilton will be offering both a Christmas Eve dinner, which will take place from 7 p.m. to 11 p.m. on Tuesday, Dec. 24 as well as a Christmas Day brunch, which will be held from noon to 3 p.m. on the day of Christmas, Wednesday, Dec. 25. Both meals will be a traditional Christmas spread served as an open buffet accompanied by a musical trio performing Christmas carols. There will also be a separate children's space, where kids can spend their time playing with other children as parents enjoy their meals. The cost per person for the evening meal is TL 295 and entrance to the brunch is TL 245, with children ages 4 to 12 receiving a 50% discount.

The Conrad Istanbul Bosphorus in Beşiktaş will also be offering a set menu for Christmas Eve that will take place from 7 p.m. to 11 p.m. on Tuesday, Dec. 24. The cost is TL 255 per person and includes drinks, while children under the age of 6 enter for free and kids 6 to 12 will receive a 50% discount.

Swissotel The Bosphorus Istanbul in Maçka is yet another luxurious dining option to celebrate Christmas as they will be offering a Christmas tea time buffet at their Café Swiss and a Christmas Eve buffet at Sabrosa as well as a set menu Christmas dinner at their restaurants Chalet and Gabbro on Tuesday, Dec. 24 in addition to a Christmas brunch held on Wednesday, Dec. 25 at Sabrosa. The entrance fee for each event differs, varying from TL 125 to TL 425 and reservations are recommended.

Istanbul is home to a number of historical churches that will be holding services on both Christmas Eve and on Christmas Day. At this special time, their doors are open to visitors and many, whether they are observers or not, take this opportunity to experience a mass held in honor of the holiday.

Dating back to 1725 and built by the Italian community in Istanbul, the Church of St. Anthony of Padua, referred to as "Sent Antuan" in Turkish is Istanbul's largest Roman Catholic Church and the most popular of churches in Istanbul to visit and light a candle at, there are also masses held in four different languages that will take place on Christmas Day as well as a service for Christmas hymns at 8 p.m. on Christmas Eve followed by a mass at 9 p.m. On Christmas Day, their services will start at 10 a.m. with a mass in English, at 11:30 a.m., there will be a mass in Polish and Italian and at 7 p.m., a service will be held in Turkish.

Located just a few doors down from Sent Antuan, is Saint Mary Draperis, which happens to be the oldest Roman Catholic Church in Istanbul originally established in Tophane in 1584, with its current location off İstiklal Avenue dating back to 1769. Situated between the Dutch and Russian embassies and with a steep staircase leading down to its entry, this church will be holding a Christmas Eve mass on Thursday night at 8 a.m. held in Italian and English as well as a mass at 11 a.m. on Wednesday, Dec. 25.