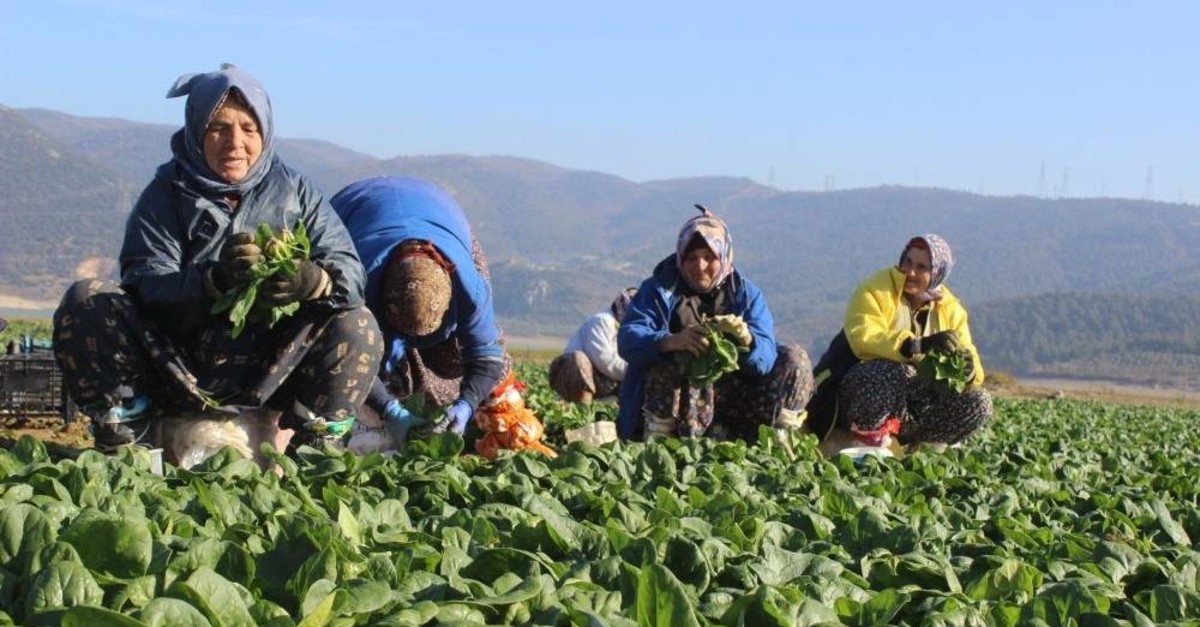 A dried-up lake bed in northwestern Turkey is providing fertile soil for spinach and a secret to staying young for local grandmothers.

Gölbaşı Lake in Bursa province's Kestel district normally meets 80% of the region's irrigation needs. However, this year's drought has dried up about 90% of the lake.

Nevertheless, the locals are still making use of the 3,000-acre lake bed, planting and harvesting spinach from November through March.

"Our Gölbaşı Lake has dried up, and our citizens grow spinach in the lake bed," Eyüp Kılıç, president of the Kestel Chamber of Agriculture, told İhlas News Agency (İHA).

Local women, most between the ages of 60 and 80, work from dawn to dusk collecting the spinach, earning about TL 80 a day from the produce. The women say the work keeps them strong and sprightly.

"Picking the spinach takes until evening. The weather is cold, but we have gotten used to it. We try to warm up by burning fire and brewing tea," the women told İHA.

These vivacious grandmothers say harvesting is their fountain of youth. "We've been working in the fields like this for eight years. When we sit at home, we get sick. We come alive when working the fields," they said.