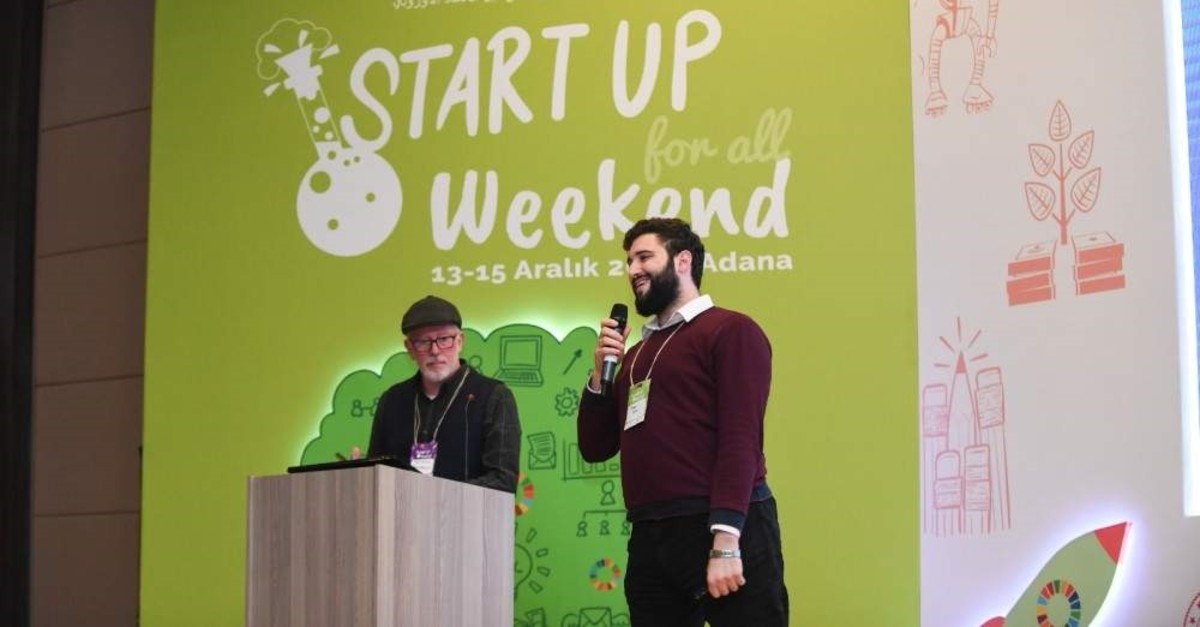 If you lost your limbs in a bombing, would you still have the will to go on?

You are walking along the streets of Aleppo, the beloved city you once called home, to bid a final farewell before it is engulfed in a brutal civil war that will reduce it to dust and ruin.

Suddenly, you are on the ground. Something has knocked the breath out of your chest, leaving you gasping for air. Trapped in a cloud of smoke, you can't see. Your ears are ringing, and you can barely make out nearby muffled screams.

You try to get up, but your legs fail you. You try to push yourself off the ground but can't. Then the horror of what's happened sinks in.

Blood is pouring from your lower limbs. Your legs are gone, blown off by an airstrike.

There was no warning. Shock and disbelief followed by anger boil inside you, a flood of emotions too strong to comprehend.

What you've read so far is not some attempt at writing a novel. Unfortunately, it's a true story – and only one of the thousands like it. This is not some sob story or a tragedy told to inspire pity. This is a story of courage, strength and passion. This is the story of Fouad Asil – a brilliant young engineer who chose not to give up on life and decided to use his passion and knowledge for the betterment of humankind.

Let's rewind a few years before life burdened Asil with this test.

Asil was a smart, hardworking high school student who had finished school with an impressive 99% GPA. He could have easily gone to medical school, but he chose to study electrical and electronics engineering at Aleppo University.

He stayed there for three years. In 2012, a year into the unrest in Syria, he had to take a two-year break from his studies.

After exploring other options, Asil chose to pick up his studies at Çukurova University in Adana, in southern Turkey.

One semester before graduation, in February 2016, Asil decided to pay a visit to his home country. His last visit to Aleppo changed his life.

Asil was rushed to Turkey by ambulance for immediate treatment.

Despite doctors' interventions, Asil's legs could not be saved. Both of his legs were amputated above the knee. At first, he couldn't even use a wheelchair and was bedridden for two months. He grappled several serious infections but was eventually cleared to go home.

Most people would have given up then, but Asil didn't want this event to define his life. He went back to university, where he was welcomed with open arms by all of his friends and professors who did everything they could to help him. They installed ramps and lifts around campus so Asil could get around with his wheelchair and finish his last semester before graduating. Asil said he would forever be indebted to his professor Mustafa Gök, who made sure he didn't give up and motivated him through the worst days.

Asil's task was a tough one, but he managed to graduate one semester later than his friends.

"That last semester I was fitted with these bionic prosthetics," he said pointing to his "robot" half.

"Yes, I could finally walk again, but it wasn't easy. Thanks to my father and his contacts, he was able to collect enough money to buy them," Asil said.

At the time the U.S. dollar-Turkish lira exchange rate was around the three-point mark, which made the grand total about TL 100,000 – definitely not a sum an ordinary citizen could pay.

Now another challenge awaited him: he had to learn how to use his limbs again.

According to his therapist, he broke a walking record, learning how to walk again in just 10 days.

Asil was overjoyed. He said his engineering background helped him understand how limbs and joints needed to move to imitate walking.

"It's not like how everyone else walks. You have to give commands to the knee. I knew how to design these things, and I believe this was tremendous in my fast learning process," Asil explained.

"That feeling of being able to walk again ... I don't know how to describe it – it was like flying again," he said, the happiness evident in his shining eyes.

Then he made a decision – one that would shape the rest of his studies and his life in Turkey.

"I wanted to help other people like me, to help them use this. I saw a lot of people in my situation who were in wheelchairs or using ordinary mechanical prosthetics. They were not enough. They could not fly as I do," Asil said.

He soon set about realizing his dream, talking with many of his professors for advice, until he heard about the United Nations Development Program's (UNDP) "Start-up Weekend for All."

Asil may have been a master of electronics and good with coding but when it came to issues of mechanics or business plans, "I knew I needed help," Asil said. There in Adana, he brought together an excellent team, which included his computer engineer wife Barah Asil.

Asil said the individual consultant for the UNDP, Rami Sharrack, was instrumental in the project for believing in him, broadening his horizon and teaching him the tricks of the trade.

Asil's ideas and designs are not exactly revolutionary. There are already similar prosthetics worldwide, for example in Germany, but they are made for a select few people, are top-quality and very expensive. Asil's, in contrast, serves a unique purpose for a population affected by crises.

Asil said providing thousands of people in similar situations with expensive high-tech prosthetics isn't feasible; hence, he wanted to come up with something simpler, more robust and cheaper, but that could still do a fantastic job and help people taste that "feeling of flying again."

That's how "Free Knees" was born. That feeling of flying also served as inspiration for his prosthetics. Asil chose wings as a logo "because nobody knows how (walking again) feels until it happens to them. It is literally like flying."

"I just don't want anyone to live what I've been through," he said.

On the topic of prejudice against Syrians, Asil said he has unfortunately witnessed a few incidents firsthand.

"There are some people that treat us like we have just come to steal their food," Asil said, adding that it has not been easy living in another country, contrary to what people think and some media portrays.

When I asked him why he was going through such trouble for others and staying in Turkey instead of going to Europe or other countries, Asil said that for him, Turkey was "home."

"I mean, we belong here – my mother is half Turkish," he explained, adding: "I just feel at home here. It's very similar to Aleppo. We have the same traditions and eat the same foods."

"We (Turks and Syrians) are brothers, we are allies," he said. "And besides, I believe we, as humans, are here to do something and make contributions (to society). Animals can just eat, sleep and live for the sake of living."

Asil comes from a bright, educated family. Born to a mathematician father and civil engineer mother, the 28-year-old has a biotechnology engineer sister and two brothers who are biomedical and mechanical engineers.

"We (as a family) are trying to do something. ... Knowledge is not ours. It is meant to be shared with others," he stressed.

"We will go wherever we are the most useful," he said.

Asil acknowledged that life in Turkey hasn't exactly been a walk in the park.

"For foreigners, it's not that easy (to live here)," he said, highlighting the struggle of finding a job in particular.

Stating that he wants to complete a Ph.D. next, Asil said it is hard to land jobs as research fellows, especially due to Syrians' legal status.

"This is what I know how to do – research. I want to stay here but it's been hard," Asil said, noting that he gets by with odd jobs and short-term projects.

Underscoring his passion for teaching, Asil said if Syria is ever rebuilt and a university is established, he would, of course, want to go back as he feels like he has run away from his home country.

"However, for me, whether they're Turkish, Syrian or some other nationality – it doesn't matter where my students are from – I will share with them everything I know," he said.