Serdar Tetik: The tale of the barber on wheels 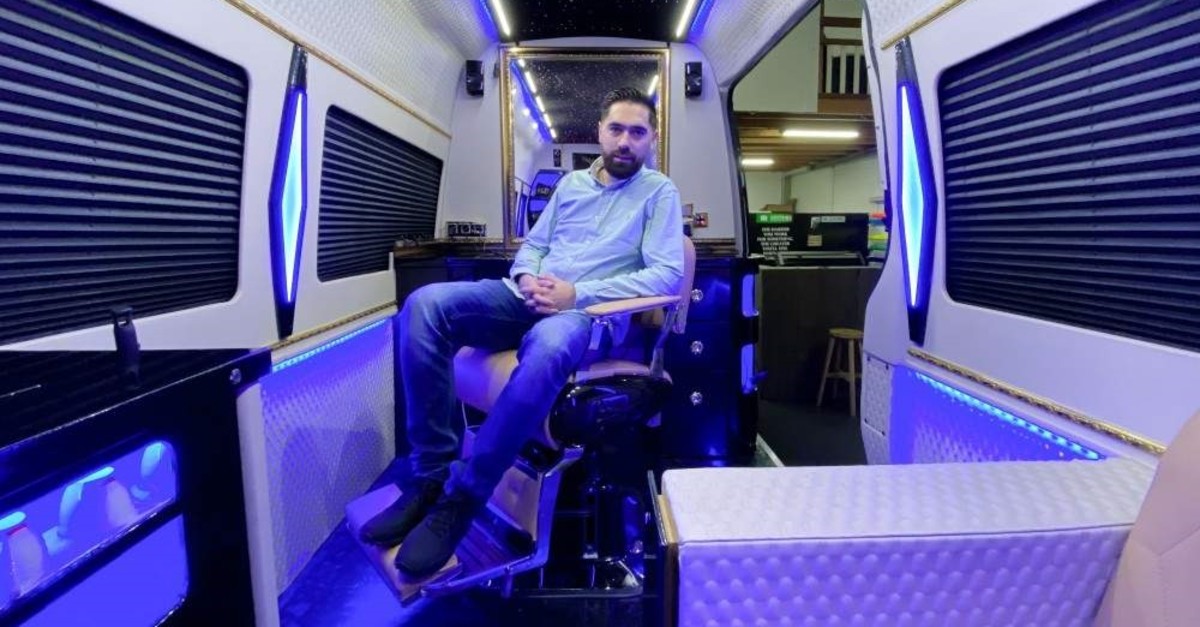 Veteren barber Serdar Tetik has been offering haircuts on the go, regardless of time or place, from his minibus-turned-barber-shop.

Tetik, who was born in the Netherlands, but whose family originates from Bolu in northwestern Turkey, started his career as a trainee at a barbershop in Rotterdam aged 13.

Tetik said the idea of creating a barbershop on wheels was born four years ago when he sought to offer the Netherlands something new. After brainstorming with a few friends, he hatched the idea to buy a minibus, which he then drove to Turkey to give the vehicle's interior a custom-fitted overhaul.

Although he launched his traveling barber services just two months ago, Tetik's customer base has expanded rapidly, with the majority of regulars comprising of businessmen.

He begins his service not by getting straight to work, but rather, serving up a complimentary cup of Turkish coffee, to a clientele not only consisting of Turks and Dutch, but a whole host of ethnicities and nationalities.

Speaking to Anadolu Agency (AA), the 28-year-old says he has even received calls from countries such as Belgium, Germany and Austria. "It doesn't matter where we're needed, we'll be there in a pinch," he says.

The minibus has everything a barber could possibly need and more. From clippers and shears to a reclining chair and hot running water, Tetik's customers – and their companions – can also enjoy the fantastic in-car entertainment on offer, watching TV shows and playing on gaming consoles.

Although he initially aimed to serve around three to four customers a day, Tetik said he now takes on as many as 15-20 requests daily, as he doesn't want to turn anyone down.

The convenience of the service doesn't come cheap though. "I charge 50 euros for a haircut while on the go in the van, whereas back in my shop it's just 12.5 euros." For every kilometer he travels outside of Rotterdam, one euro is also added to the client's bill.

Tetik says his service is a favorite for those who want to have a haircut or shave in peace – far from the crowded, noisy salons – as well as those who are otherwise unable to leave their stores or offices for long periods of time. "Some customers also want to enjoy different views and beautiful scenery while getting their hair done, which we can achieve all thanks to the minibus," he added.