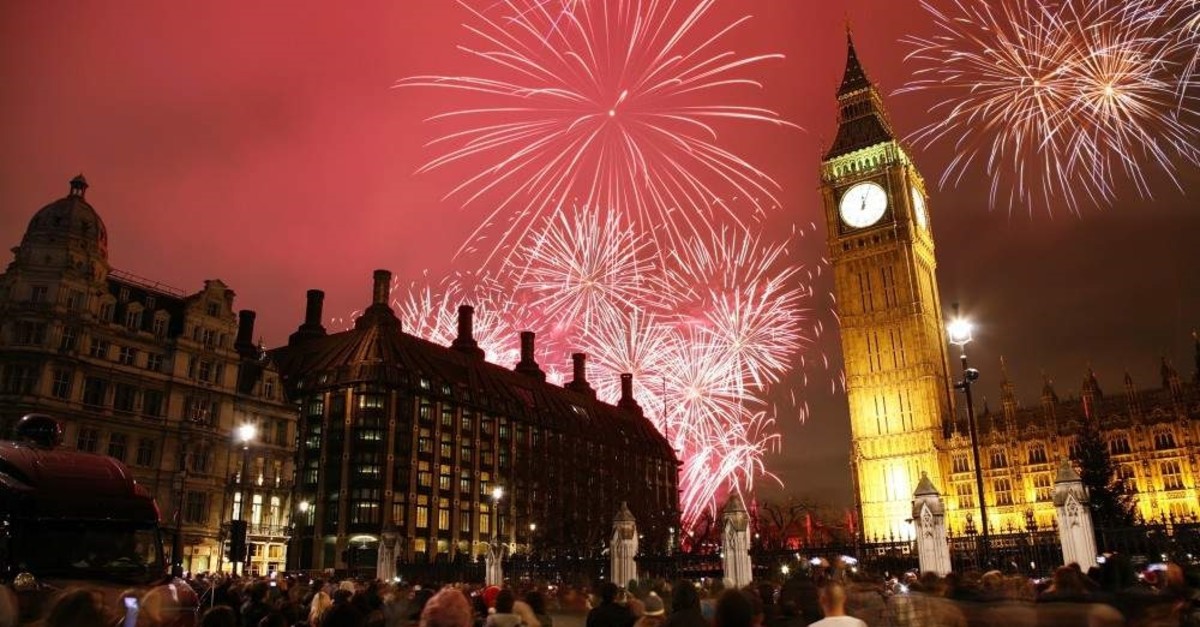 New Year's Eve fireworks over Big Ben at midnight, London, Dec. 31, 2012. (iStock Photo)
by Compiled from Wire Services Dec 30, 2019 5:07 pm
London's Big Ben bell in the U.K. Parliament's landmark clock tower will ring at midnight on New Year's Eve, marking the start of a year for the first time since its new face was revealed from under scaffolding halfway through restoration work.
The 96-meter-tall Elizabeth Tower, one of the most photographed buildings in Britain, has been enveloped in scaffolding for the last two years as the four clock dials were reglazed, ironwork repainted and intricately carved stonework cleaned and repaired.
In March, part of the scaffolding was removed, showing that the clock's once black numerals and hands have been repainted blue, in line with what scientists say was its original color.
Since restoration work began in 2017, Big Ben has been largely silenced, sounding only for important events. It last tolled on Remembrance Day on Nov. 11.
The bell will be tested several times in the run-up to New Year's Eve, Parliament said in a statement.
The restoration of the entire Elizabeth Tower, worth an estimated 61 million pounds ($79.78 million), will see it repaired and redecorated, including bringing colors back to the original design.
The work is due to be completed in 2021 and will be followed by a 4-billion-pound restoration program of the entire Parliament building.
Big Ben is the name commonly used for the Great Bell in the Elizabeth Tower, which is attached to the Palace of Westminster, the U.K. Parliament in London on the north bank of the River Thames. It’s thought to be named after Sir Benjamin Hall, the first commissioner for works while the bell was being cast and tested.
Completed in 1859, Big Ben’s first peals rang out over London on July 11 that year. Big Ben has rung out hourly through the reigns of six British monarchs.
At the top of Elizabeth Tower is a lantern known as the Ayrton Light, which is illuminated whenever the House of Commons or the House of Lords is in session. Palace historians believe it was installed so Queen Victoria (1837-1901) could gaze out from Buckingham Palace and see if lawmakers were working.
RELATED TOPICS