'Large or small?': Be careful how you answer this Turkish tea house owner 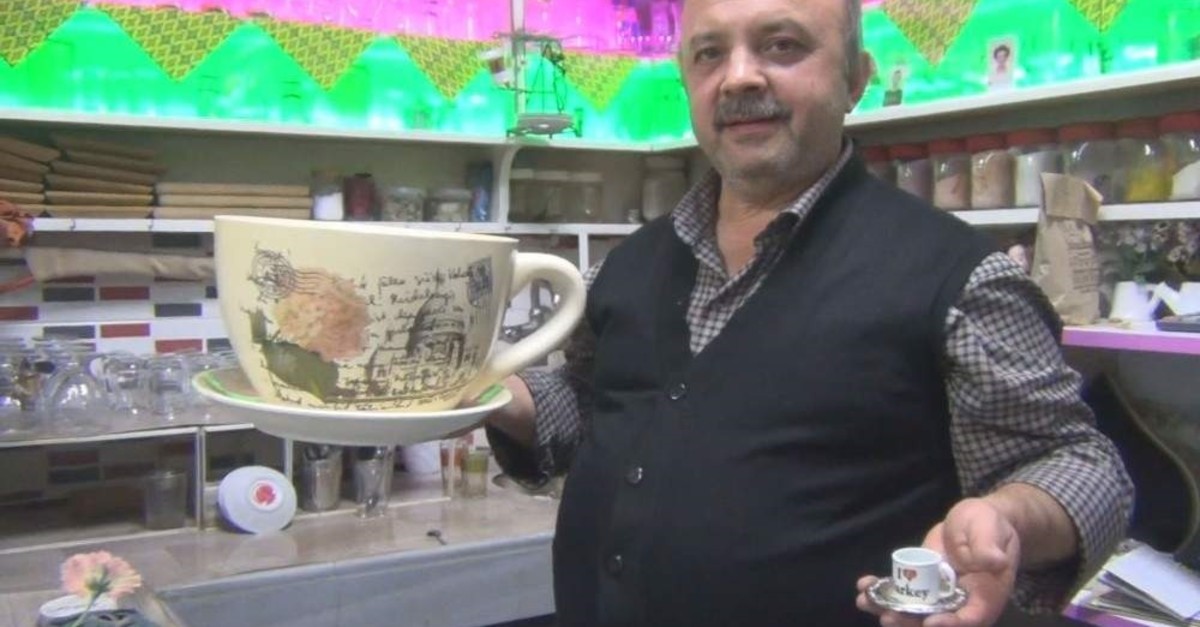 Have you ever had someone play the "spilling hot tea" prank on you? Well, chances are, if you regularly visit a particular tea and coffee house in Bursa, northwestern Turkey you might have fallen victim to that joke one too many times.

Feridun Türkmen, who has been running a tea house/coffee shop in Bursa's İnegöl district for 45 years, has been playing these kinds of pranks on his first-time customers for some time now.

You'd expect people to perhaps get offended or agitated, but his pranks and jokes have proven a hit with the locals, and people have even brought in friends and family to be pranked too. Among customers' favorites are being served coffee in miniature cups when asking for a small cup or gigantic ones big enough for six when ordering larger sizes. Türkmen also records every prank, which makes it even more hilarious when customers look back at their reactions.

Türkmen said he took over the shop in the Tahtaköprü neighborhood from his father but wanted to give it a different feel with his harmless jokes.

He also decided to showcase his impressive money collection, which is made up entirely of all the different coins and banknotes left by his customers as souvenirs.