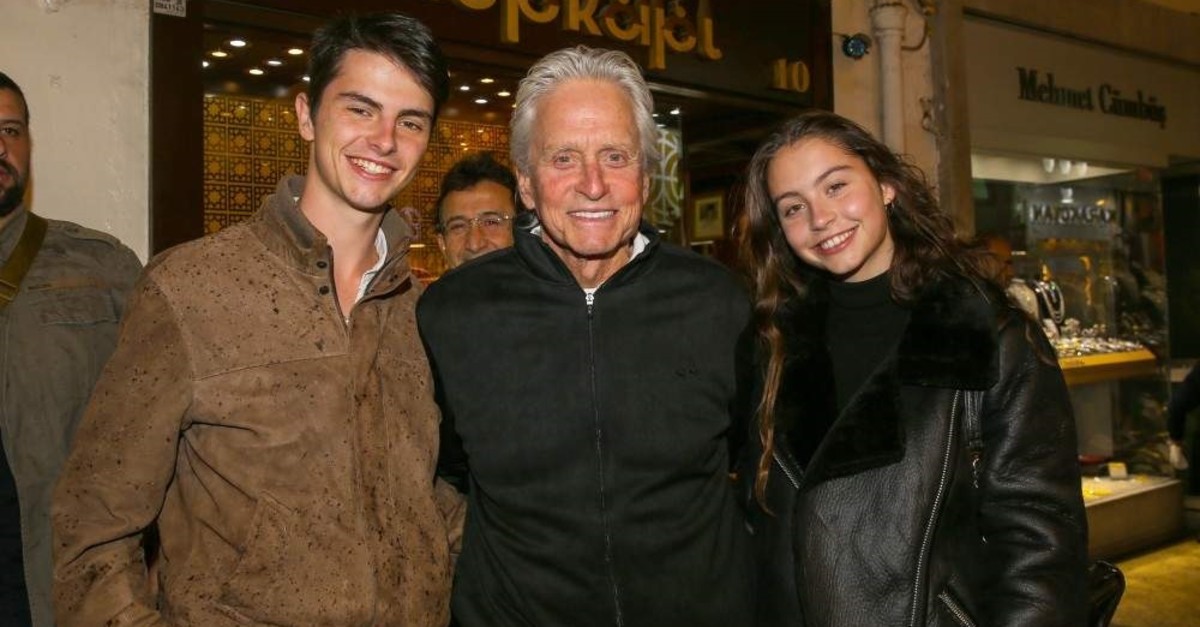 Hollywood couple Michael Douglas and Catherine Zeta-Jones have chosen to enjoy their 19th wedding anniversary in Istanbul, taking in the beautiful views of the Bosporus and admiring all that Istanbul's historic Grand Bazaar has to offer.

The Academy award-winning couple, who skipped the Golden Globes this year, was accompanied by their children Dylan, 19, and Carys, 16, during their trip.

The family arrived in Istanbul on Jan. 4 after an Africa tour, which included stops in Zimbabwe, Mozambique, Tanzania and South Africa.

They took a luxury yacht tour along Istanbul's Bosporus between Europe and Asia, after which they paid a visit to the Bet Yaakov synagogue in the city's Kuzguncuk neighborhood.

The 75-year-old "Fatal Attraction" actor and the 50-year-old "Chicago" actress then decided to explore the old, beautiful streets of Balat, where they stopped by a local confectionery shop and took photos with the owner and fans. Zeta-Jones' father also used to run a candy factory.
The family also visited the historic Sultanahmet Square and had an extended tour of Hagia Sophia, which they described as "one of a kind". Fascinated by the church-turned-museum, the couple said they also wanted to visit Göbeklitepe and Cappadocia in Turkey in the near future.

The Hollywood stars are expected to end their Istanbul trip on Jan. 8.

Last year, Douglas won a Golden Globe for his performance in the Netflix series "The Kominsky Method."