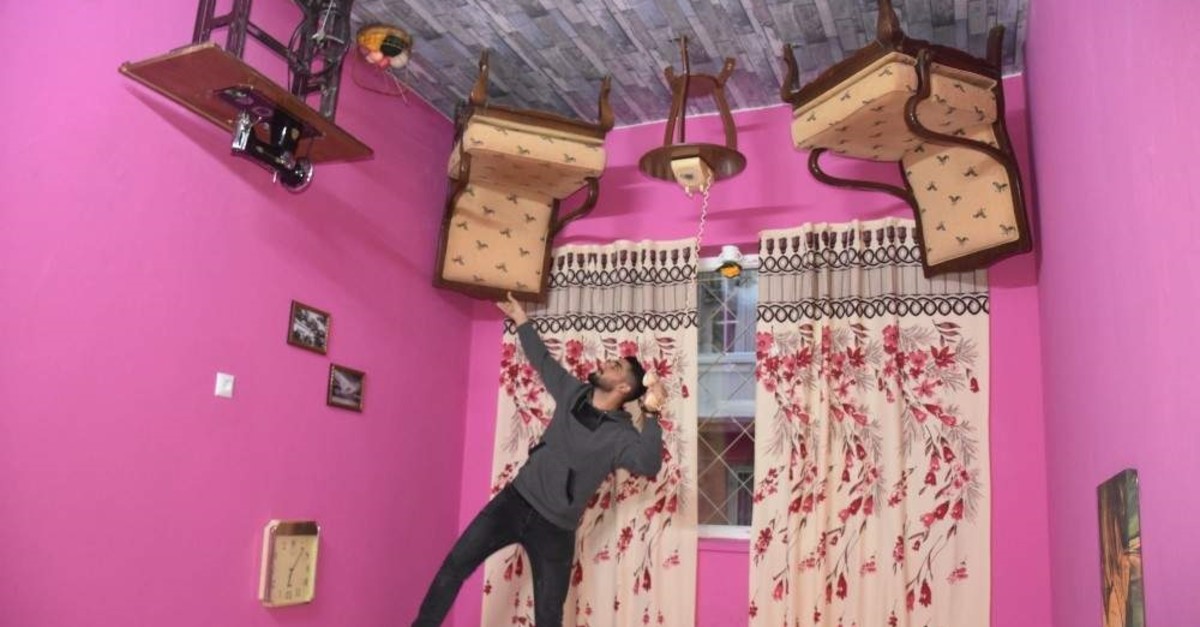 The house has been very entertaining for every age group, especially for children. (DHA Photo)
by Daily Sabah with DHA Jan 12, 2020 6:47 pm

This house will turn your whole world upside down – literally.

The external facade and internal items of this building located in eastern Turkey's Malatya province are completely reversed, with all of the kitchen furniture, appliances and even a toilet secured to the ceiling.

Although it only opened a month ago, the attraction in the Battalgazi district has quickly become popular among locals, many lining up to take fun photographs inside.

Metehan Alp, the 24-year-old entrepreneur behind the concept, said that he built the house using his late grandparents' old furniture, which he saw as a way to keep their memories alive.

"I had seen such projects in many cities like Istanbul, Ordu and Antalya. We wanted to bring such a concept to Malatya as well," he said, pointing out that it was the first of such attractions in eastern and southeastern Anatolia.

Alp said that the 150 square meter-house had three bedrooms, a living room, a kitchen and a bathroom. It even has its own sewing room and oriental corner, complete with authentic and nostalgic items, most of which are from the 1980s.

"Those who visit the house first get kind of dizzy. It gets more interesting after they flip the photos they take upside down. When they see that it looks like they are hanging from the ceiling, they start smiling and laughing," he added.

To see the upside-down house, visitors need to pay a small fee while students get a discount.