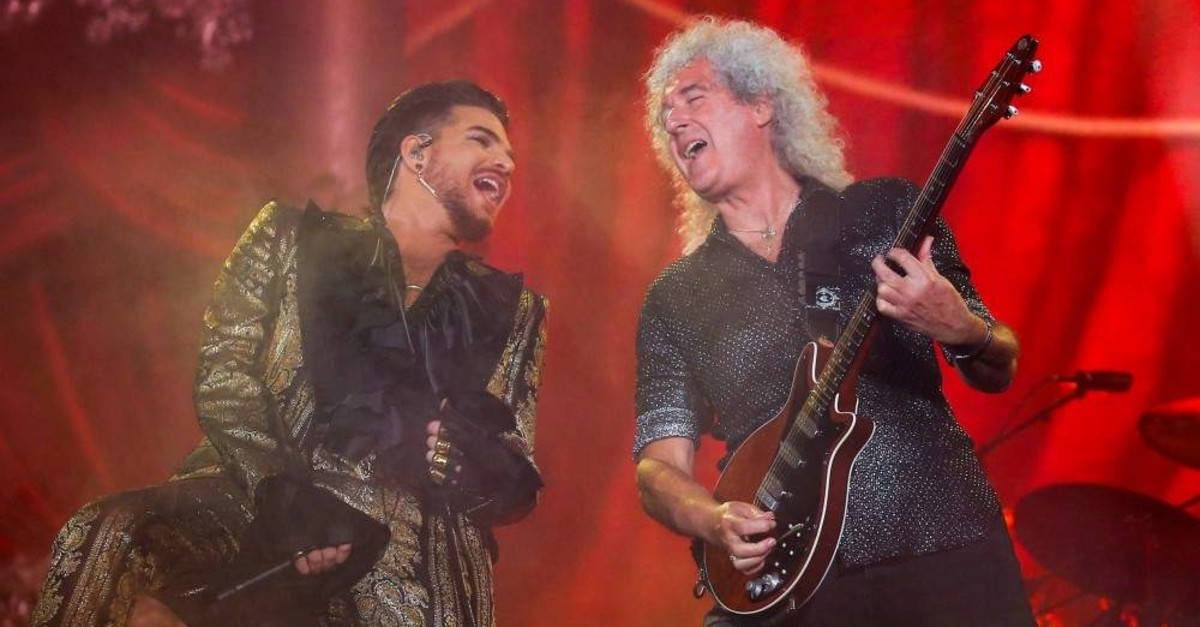 Adam Lambert (L) and Brian May of Queen perform onstage at the 2019 Global Citizen Festival at Central Park in New York, Sept. 28, 2019. (REUTERS Photo)
by Jan 13, 2020 11:30 am
British rock band Queen with American headliner Adam Lambert, Australian singer Guy Sebastian and a whole host of other artists have agreed to perform at an Australian "Concert for National Bushfire Relief" in February.

British rock band Queen and Adam Lambert, who are performing at the same venue the night before in a sold-out show, will donate their stage set to the bushfire concert.

The concert was announced last week, but the line-up was confirmed on Monday, with the promise by organizers that all profits will go to firefighters, the Red Cross and a wildlife charity.

Rock musician Alice Cooper, who is touring Australia next month, will also perform at the benefit concert.

Grammy award-winning Canadian singer-songwriter k.d lang will also perform, along with Australian singers like John Farnham, Olivia Newton-John, Tina Arena and many others.

Tickets for the concert went on sale at noon Monday. They are priced at AU$100, AU$85 and AU$70 with an option to make more contributions.

Event agency TEG Dainty has said there will be more acts to who will be announced in the coming days, as organizers are "inundated" with offers from other artists.

Hollywood celebrities, billionaire businessmen, singers and sports stars have led efforts to raise tens of millions of dollars in bushfire relief donations for firefighters and victims in Australia.
RELATED TOPICS