Storks become village mascots after settling in Turkey 3 years ago 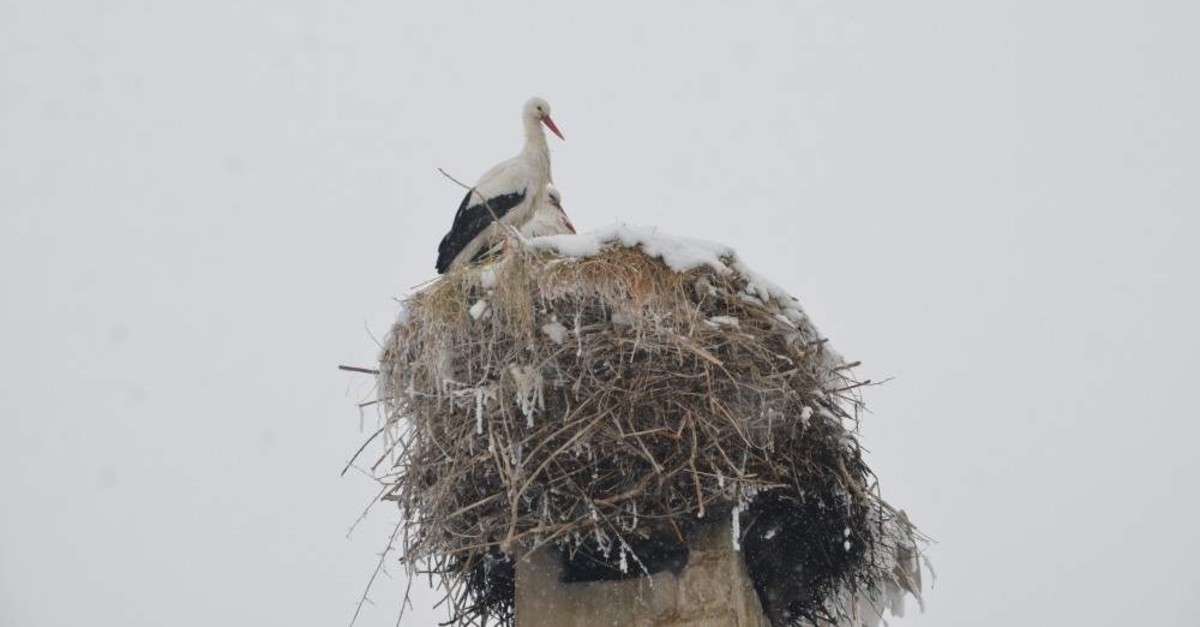 The two storks have not migrated this year. (AA Photo)
by Anadolu Agency Jan 14, 2020 12:29 am
Two storks have become the mascots of a Turkish village located in Turkey's southeastern corner after settling there three years ago.

Located on the storks' migration route, Hakkari's Yüksekova district became the new home of the storks that migrated to the reeds of Nehil in the village of Köprücük.

Village dwellers, in turn, have been taking good care of the storks by cleaning their nests when it snows and feeding them with homemade foods or freshly caught fish.

Hekim Karacan, a vet at the Yüksekova Municipality, told Anadolu Agency (AA) that the migration season for storks started in October.

"Migration is a long travel. So we think that these storks are not migrating because they find sufficient food here during the winter season," Karacan said.

"We regularly come here to check the storks' health," he said, adding that the villagers have been looking after them very well.

Villager Lokman Cankurtaran said they have also been cleaning the mosque chimney whenever it snows as the storks like to spend the winter there.

"We bring warm sticks and place them in their nests," Cankurtaran said, adding they also light the mosque's heater to warm up the nest.

"When they go hungry, we catch fish and leave it in their nests. We love our storks," he said.
RELATED TOPICS