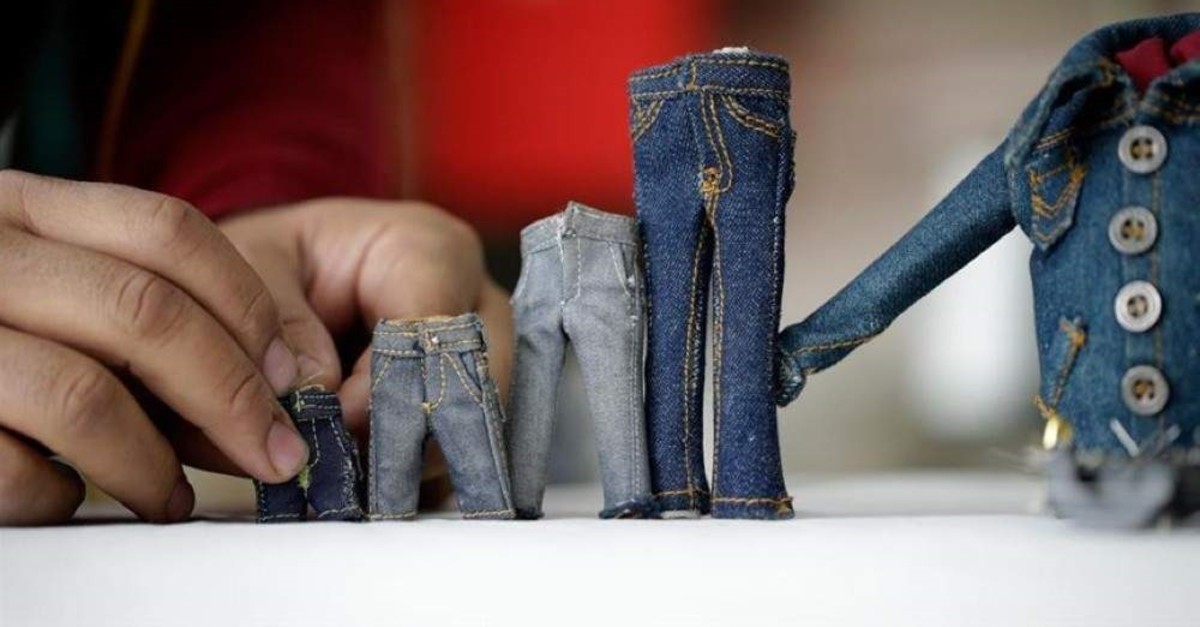 A tailor who is making a name for himself in Turkey with all the miniature clothes he makes has now created an 11-centimeter jean jacket that has all the features a normal-sized version would have – functioning buttons, real pockets and a collar to pop.

Kasım Andaç, who previously sewed a pair of jeans about the size of a small finger nail in the central Konya province of Turkey, says his custom-made creations are different than mass-manufactured versions, which take only about five minutes to produce.

"In 2016, I sewed a 9-mm pair of jeans. This marked the first time I went below 1 cm. After beating this challenge, I thought of creating a jean jacket to go with it. I put in a lot of effort and was able to produce it," Andaç told Anadolu Agency (AA). The tailor called the whole process "quite tedious," especially because they were sewn on a sewing machine and not hand-sewn. "The stitching on the jacket had to be properly done, be clean and visible, and not be crooked in the slightest. ... It was much harder than the jeans where you only really need to stitch in a straight line," he said. 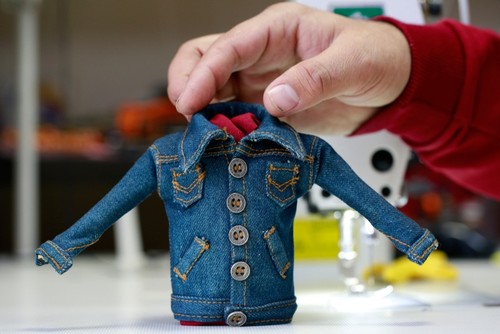 "I made a bet with my father that I could sew it. My father was old and he later had to quit his job due to illness. We lost him last year. All of this came to be from that little bet," he added.

Stressing the difficulties of creating a special miniature piece, Andaç said it took two to three days, including the fitting process, to produce the jean jacket.