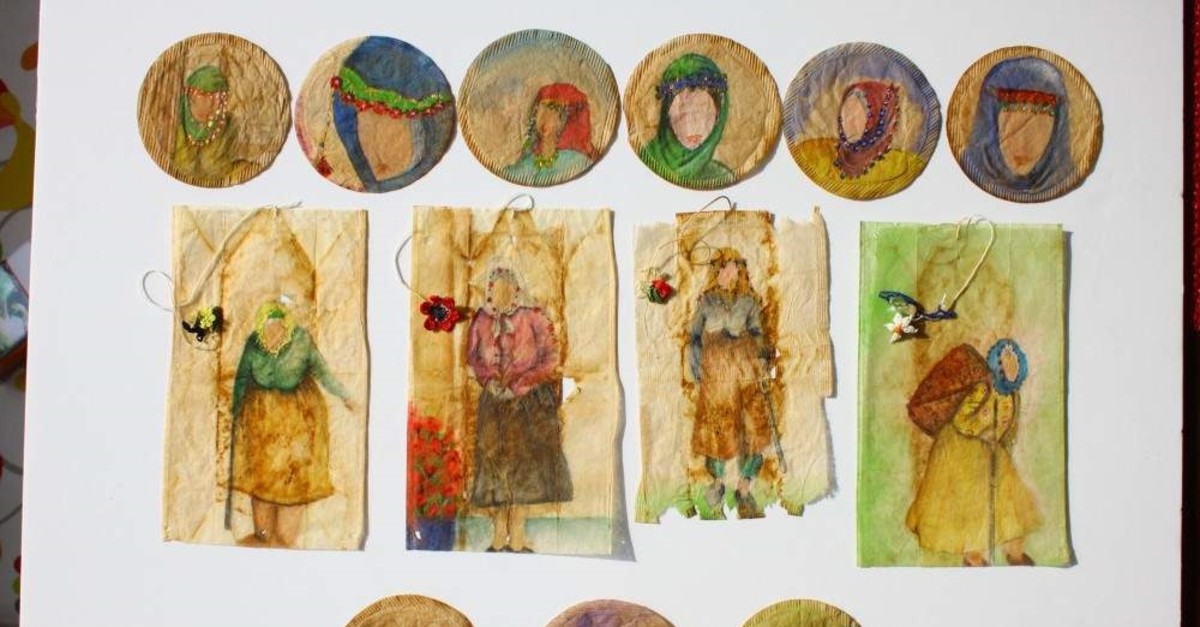 Her paintings are vivid and earthy, and feature many traditional symbols. (DHA Photo)
by Daily Sabah with DHA Jan 21, 2020 11:16 am

We have seen some pretty interesting materials substituted for canvasses but perhaps what Dilek Karaçayır uses for her paintings is the most Turkish one yet.

About a year ago, 53-year-old Karaçayır decided to put to use all the tea bags she had used and incorporate them into her art. She started creating interesting artworks on dried tea bags and filters, decorating them with watercolor or acrylic paints.

Last week she held an exhibition titled "Dem" ("Brew") to display her unique work in western Izmir province where she lives. She said she chose the word "dem" to represent both the brewed tea and a brew of the past. 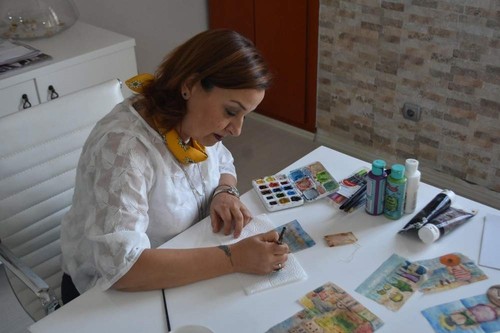 "Actually, I used to work with oil paints on large canvases, but later tea bags really caught my attention because their texture was very nice. It took some time to get used to. For about a year, I experimented a lot. Because they are so small, it looks like miniature art," she said.

Stating that she has been trying to "deal" with the bags for about a year because of how delicate they are, Karaçayır said: "I have to go over every single color two or three times because water passes through the material, so it's a job that definitely requires some patience. I drink the tea first, then dry the bag. I cut it thinly and empty the contents. I depict the brew of the past on these tea bags."

Karaçayır, who is actually a magazine editor and paints as a hobby, said the themes of her exhibition were women, cities and loneliness.

"I pictured the loneliness brought on by cities becoming overcrowded. Villager women, urban women, victims of violence and free women were the protagonists of the exhibition. Generally, the visitors said they found it very interesting," she said.