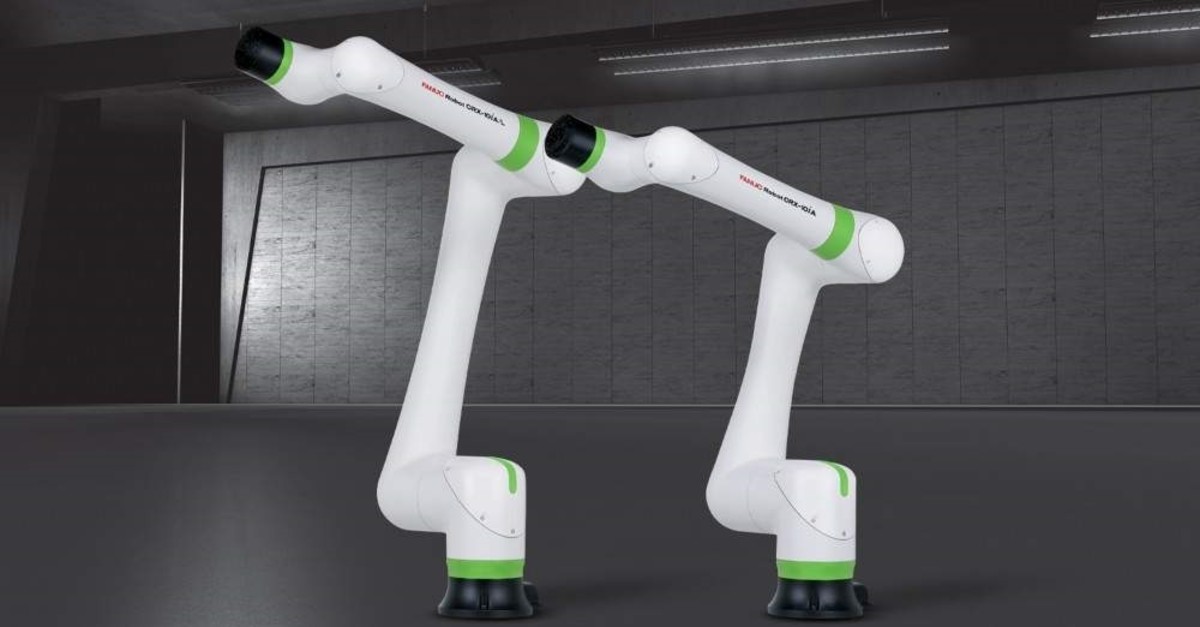 FANUC's lightweight CRX robots are easy to install, program and operate with a tablet.
by Şule Güner Jan 22, 2020 12:54 pm

FANUC Corp, dubbed the world's most diversified manufacturer of robots, is seeking to expand its presence in Turkey, which it sees as an untapped market with vast potential

Eight years ago, when I first met famous Japanese roboticist professor Hiroshi Ishiguro I asked him why he had made a humanoid that looked exactly like himself, to which he replied: "I wanted to question existence." "OK, but isn't this robot going commercial?" I followed up. "No, I do not possess such a purpose," Ishiguro had said. There was neither Sophia at that time nor the ingenious humanoid robots of Boston Dynamics.

What I have learned over the years is that "the Japanese make things, and these technological developments are later turned into products elsewhere in the world," he said. Ishiguro was only in pursuit of how can he could do better as a scientist.

When I got together with Teoman Alper Yiğit, the general manager of Fuji Automatic Numerical Control (FANUC) Turkey, a Japan-based industrial robot and CNC (computer-counted machine management) systems brand, he also echoed similar views. "FANUC's only production center is in Japan. There are over 4,000 robots that FANUC uses in its manufacturing process," he said. "We produce our own products with our own machines. Today, everyone in Turkey is talking about industry 4.0 but at FANUC's manufacturing center, robots have already been building robots for years. We control the operation of all machines and production parameters from a single system. Our strategy is not only to sell an existing product but also to apply the solutions we produce for the other party."

I then asked Yiğit to tell me about a distinct feature of FANUC, which shows their Japanese understanding of technology. "When we look at other industrial revolutions, we see that there is a product at the center of each revolution. In the Fourth Industrial Revolution, on the other hand, there is no product. The product is essentially the system itself," he noted. "That is why we have been working on field system software for three years. With this system, we can analyze the exchange of information from robots, machines or different industrial products before a malfunction occurs, which helps us not worry about the production results. In this way, we maximize the efficiency of operators and users. Considering that one of the biggest problems of the industry is to find and employ operators, software like the field system has a significant contribution."

According to the International Robot Federation, FANUC has the world's largest number of installed robots with over 530,000 units and provides service in 108 countries and 274 different locations. Artificial intelligence (AI) is a very effective technology in FANUC's service network and production capacity. With learning vibration control (LVC) software, the robot program – written manually by the operator – can improve the cycle time in the range of seven to 15 seconds by making automatic improvements to the robot program when operated by robots, which is a tremendous advantage for sectors like automotive, where a one-second improvement can mean hundreds of thousands of euros.

What is interesting about FANUC's presence in Turkey is that there is a very small market for used industrial machinery and robots in Turkey. FANUC Turkey's General Manager Yiğit explained why. "Our products are robust and long-lasting. So, when the robot experiences errors or trouble, we can take quick action and solve the problem easily. Therefore, FANUC's secondhand market is almost nonexistent," he continued. "In Turkey, they first look at the investment cost. The technology or continuity of the product is hardly discussed. Secondhand robots may seem more economical in theory, but when and how a robot will have issues and how much those will cost are unpredictable. When this is the case, the subsequent costs and labor loss for users can be severe. Companies that generally follow small-scale but global innovations and production technologies can take advantage of secondhand robots. For these companies, we can facilitate their first purchase of a robot despite their limited budget." 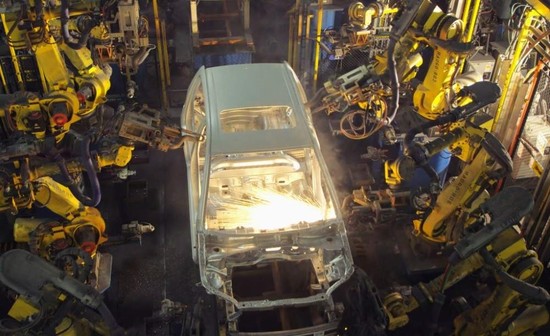 Where do secondhand robots come from? Yiğit stated that countries that replace their industrial robots at regular intervals, such as the United States and Germany, are the main sources of secondhand models. "It is not easy to make a distinction, but Turkey's secondhand market is, for example, automotive companies in the U.S. or Germany. They think that after seven to 10 years the robot reaches the end of its life cycle even though they have not encountered a problem," Yiğit said. "They dismantle the existing robots on the line and give those robots to scrap companies for secondhand trade. Turkey passed a law about this issue three or four years ago. In the past, secondhand robots were able to directly enter the Turkish market but now, they cannot pass customs as easily as before."

According to FANUC, Turkey is a developing and untapped market in the field of machinery and industrial robots. Investors in Turkey have just started to learn the working principles of robots. Yiğit stated that their role at this stage is to explain the importance and difference of human and robot relations in the production process of factories. "We analyze the needs of manufacturers and produce combined solutions for this need. We simulate these solutions with data in a virtual environment and in this way, we show the added value to be provided to manufacturers in real terms," he added.

Yiğit gave the examples of Golden Rose and Torun Bakır in this regard. "At the point of efficiency, Golden Rose could not achieve the performance it wanted from its systems. We advised Golden Rose to replace the hydraulic injection machines used in production with FANUC's full-electric servo machines," he said. "As (the FANUC machines) do not use oil-like hydraulic machines when they move to electric injection machines, the factory environment will be much cleaner in terms of use, electric machines working with servo motors will reduce the noise pollution significantly, and most importantly, compared to hydraulic machines, the energy consumption will be reduced by 40% to 60%. We developed solutions by measuring all these discourses. We installed 50 robots, 50 machines and other byproducts for Torun Bakır and ensured the synchronous operation of the whole system."

Over 50,000 units in Turkey, spearheaded by automotive sector

The automotive sector is the most important part of both the industrial robot sector and Fanuc's turnover. However, in the new world order, the use of robots has expanded and spread to many different industries such as defense, aviation, cosmetics, medical, white goods, construction and food. There are over 50,000 Fanuc-controlled machines in Turkey. In the field of CNC control systems, Fanuc accounts for approximately 46% of the Turkish market, while in the robot field, this rate is 26%. Fanuc's strongest pillars in Turkey are in the automotive sector, automotive supply industry and general industry. "Turkey is a large and highly competitive market. In this context, it is necessary to have a long-term strategy," Yiğit suggested.

In the coming days, FANUC will officially announce a vocational training and internship program for university students called "The Future is Now with FANUC." In this social responsibility project, for the first year, 15 universities and producer-industrial partner companies have been identified in three pilot regions consisting of Istanbul, Ankara and Izmir. As part of the project, applications from third and fourth-year university students studying in the departments of mechanical engineering, mechatronics engineering and electrical/electronics engineering will be accepted. About 50 students who want to pursue a career in the field of factory automation and are eager and interested in taking a closer look at this sector will be selected based on the articles they have written. These young people will receive a total of 48 hours of three full-day Robot or CNC basic level programming training. The training is closely related to modern factory applications and will be given practical support by trainers in programming and operating the robots. Students from this academy will be included in the program in one of the companies in their region in line with the department they want to do an internship in. During this period, the company will closely witness the R&D and innovation efforts. It will then shape the process in line with the student's performance and the company's needs. 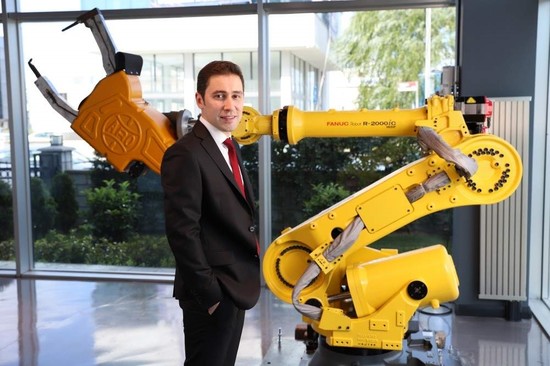 Teoman Alper Yiğit graduated from Bahçeşehir University's Department of Mechatronics Engineering and completed the MicroMBA program at Galatasaray University. Yiğit started his career in the sales field of pneumatic and electro-pneumatic sectors and then worked as a professional manager at international companies in the field of robotics and CNC. In 2014, he received the "Top Sales Person" award at FANUC Global.