Syrian girl best in her class in Germany 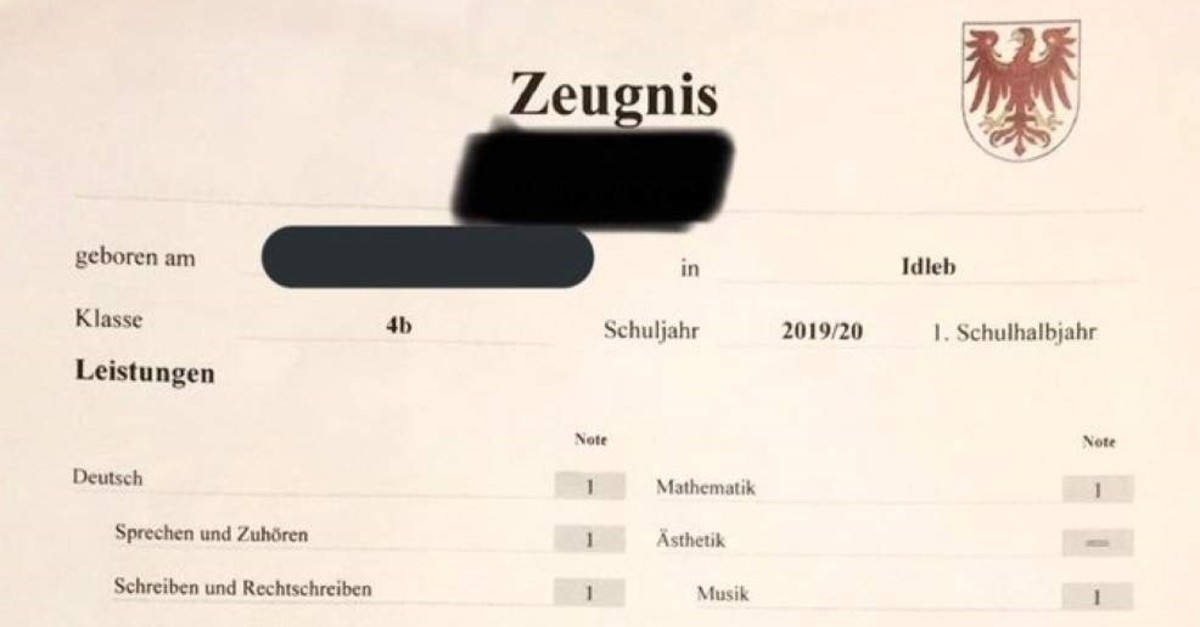 A Syrian girl who fled from north Syria's Idlib to Germany has received the top grades in her class in the city of Fürstenberg.

Anke Domscheit-Berg, a member of parliament from the "Die Linke" Party, shared the girl's report card on social media and praised her achievements.

"1.0 average for one of our (three) Syrian girls," she tweeted. In the German school system, grade one is considered the top score, while six is a failure. "I am so incredibly proud! All (three) are good students and well integrated here." She pointed out that the three had originated from Idlib – "the place you hear about on the news, where 1 million other children can't escape the bombs."

Asked about the time between the girl's arrival and later success, she said that the girl had come in March 2016 and started school in September that year. Within merely one year, she had become the best in the German studies class.

Idlib and the area north of Aleppo form part of the last major opposition-held territory in Syria, where Bashar al-Assad has taken back most of the ground once held by his enemies with Russian and Iranian support. Nearly 3 million people are trapped in the province Idlib and are threatened by the attack. The vast majority of the populace remaining in the region are women and children, according to the United Nations.