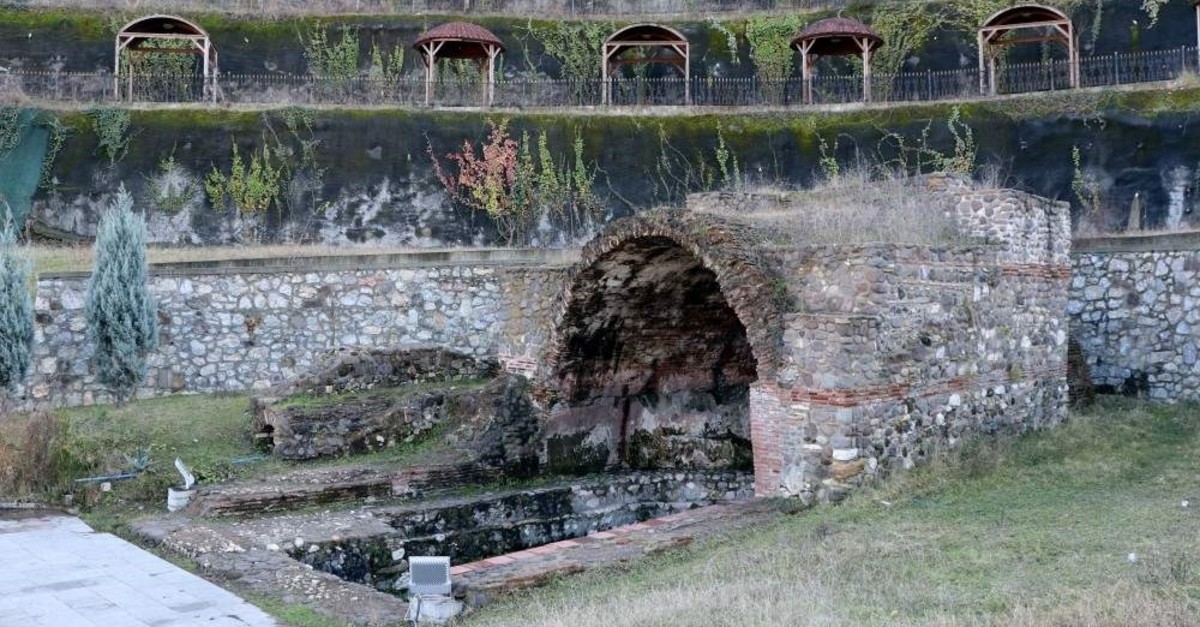 The restored Yazlu0131k Spa Thermal Facility includes a Roman bath. (AA Photo)
by Daily Sabah with AA Feb 02, 2020 12:51 pm
A tourist surge is taking place at Yazlık Spa Thermal Facility, an ancient hot spring in northwestern Kocaeli province that dates back to the Roman period. The mayor of Gölcük announced last week that the city plans to promote the site and add a hotel.

Believed to offer many health benefits, the hot spring welcomes visitors from both Turkey and abroad.

Skin diseases, rheumatism, and nerve and bone disorders are among the ailments that people seek to alleviate in the facility's pools. The facility also includes eight family rooms, five VIP rooms and massage salons.

Mayor Ali Yıldırım Sezer said ruins at the site can be traced back to the Roman era. The site was also used for its hot springs throughout the Ottoman era.

"We are working on several projects. We endeavor to start a hotel here through the build-operate-transfer model," Sezer said.

Since 2013, when the thermal facility was restored, more than 600,000 people have visited. The site draws about 80,000 visitors annually.

Hot springs have been used as a source of healing since the early days of humanity, with even modern day doctors prescribing patients to bathe in the sulfur-rich waters to help production of collagen, treat eczema and dry scalp, improve circulation and ease arthritis pain.
RELATED TOPICS