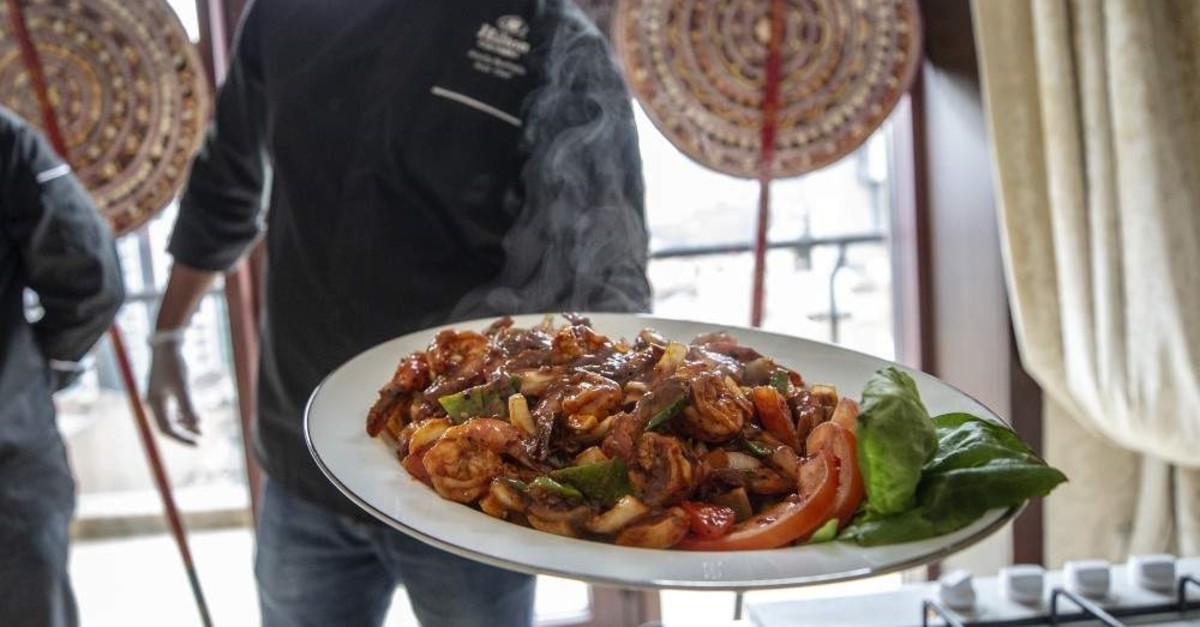 This week marks "Sri Lankan Week" in Turkey, designed to bring people from different nations and religions together to enhance bilateral relations and enabling an exchange of cultures, Ambassador Mohamed Rizvi Hassen of Sri Lanka said. In order to promote Sri Lanka in Turkey, the embassy is organizing a series of events within the scope of Sri Lankan Independence Day to introduce the capital Ankara to the country's famous spices and exquisite seafood.

"Food brings people together. That's why I wanted to organize these events based on food culture. I wanted to start enhancing our relations through cuisine. When we sit around food, we talk and exchange cultures," the ambassador said, inviting everyone to visit Sri Lanka soon to experience Sri Lankan hospitality and its authentic cuisine.

During the inauguration of the Sri Lanka Food Festival on Tuesday, the ambassador and Ahmet Hamdi Çamlı, president of the Turkey-Sri Lanka inter-parliamentary friendship group, conducted a cooking demonstration for kottu roti, which the guests had a chance to try.

The food festival that started in the capital on Tuesday will continue for foodies in Istanbul when the chefs Amila Botheju and Asanka Ruwan Kumara from Colombo will showcase the exquisite cuisine in Anemon Galata on Feb. 8-9 and in BETA Tea House on Feb. 10.

"Sri Lanka and Turkey have one of the best, long-standing friendships dating back many centuries. However, this long-standing relationship does not reflect the statistics of trade and tourism; therefore, the aim of such events is to improve relations," Hassen added.

The ambassador further indicated that he supports a project promoting the opening of a Sri Lankan restaurant in Turkey, which would provide Turkish people the chance to taste the authentic food prepared with ingredients that cannot be found in Turkey.

On Tuesday, a flag ceremony took place with the participation of representatives of the four big religions, namely Buddhist, Catholic and Hindu priests and an imam.

Furthermore, the embassy organized an alms-giving and chanting of Pirith ceremony conducted by a Buddhist priest from Rome Wednesday. Such a ceremony is being held for the first time since the establishment of the mission in Ankara.

Meanwhile, efforts for the opening of a consulate general in Istanbul are ongoing, which is expected to be opened toward the end of March with Alp Türkyılmaz as its head.