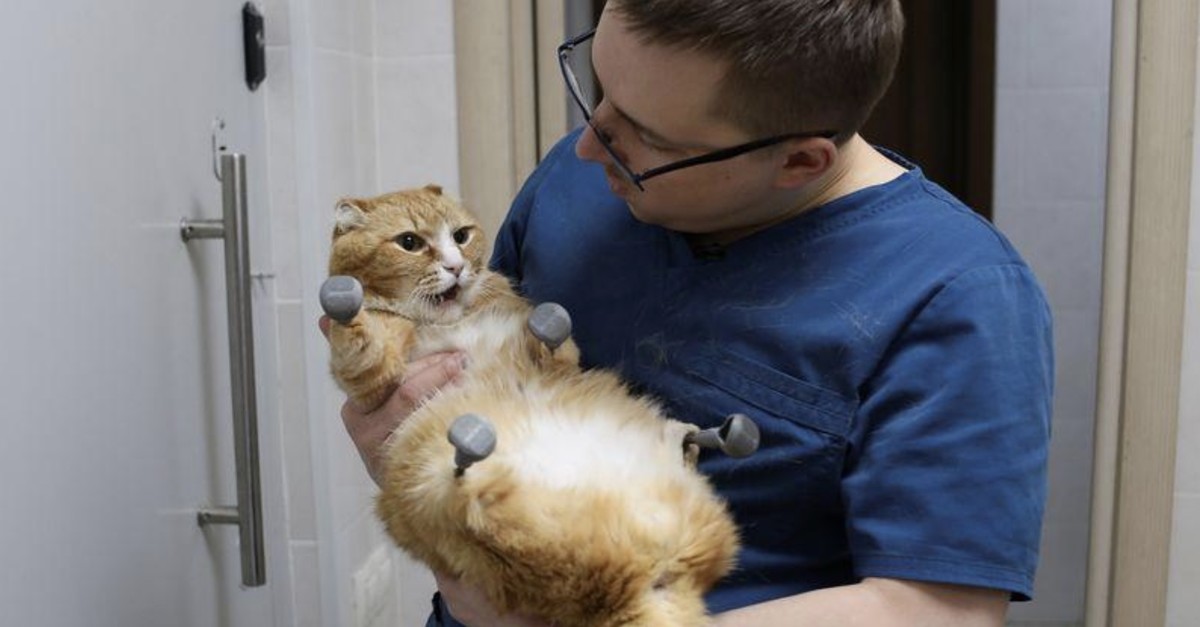 Veterinarian Sergei Gorshkov holds his patient Ryzhik the cat, who lost all four paws and got 3D-printed titanium prosthetics in 2019, at the veterinarian clinic in Novosibirsk, Russia February 2, 2020. Picture taken February 2, 2020. (Reuters Photo)
by reuters
Feb 07, 2020 2:02 am

Ryzhik, a scruffy red tabby cat, was found on the streets of the Siberian city of Tomsk in the blistering cold, his four paws completely frozen.

He would have been the latest victim of Siberia's unforgiving winter had he not be found by animal protection volunteers and brought to Russian veterinarian Sergei Gorshkov in Novosibirsk, some 200 kilometres (130 miles) away.

Two years later Ryzhik leads a normal life at Gorshkov's clinic, hobbling around on four prosthetic limbs. They were implanted using a technique similar to one used for dental implants for people.

Ryzhik is one of the first cats in the world to have four titanium paws that were implanted into their bones using the technique, according to Gorshkov.

"Generally these cats try to keep themselves warm and stand up on the tips of their paws," he said. "Their paws, ears, noses and tails can freeze."

Gorshkov's other prosthetic patient is Dymka, a female cat with a silky grey coat, that lives in Novokuznetsk, 300 km (190 miles) southeast of Novosibirsk, with her owner.

With her stormy character and four artificial paws, Dymka now leads the typical life of a house cat.

"She runs, jumps and plays. Her owner sends videos of how she moves," Gorshkov said. "It's a great result. We are very pleased. We did not expect this..."

Gorshkov, who has also used this technique on small dogs, said however it could not be applied to all animals needing an artificial limb.