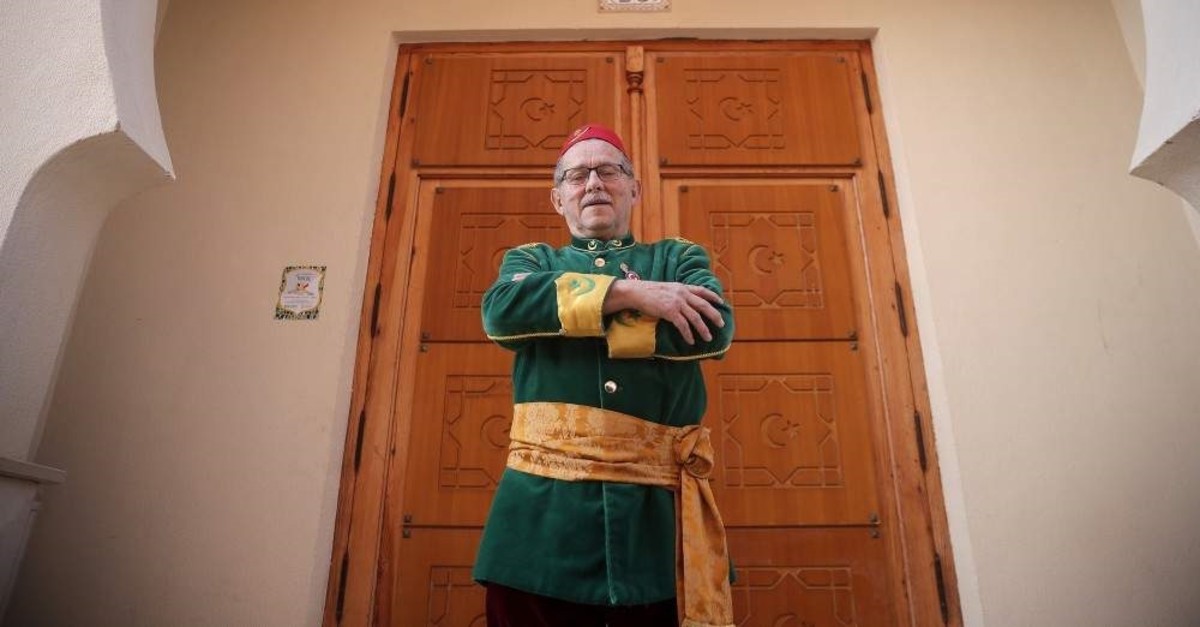 Sanchez says they have a ,heart-to-heart connection, with Turkey and its traditions. (AA Photo)
by Anadolu Agency Feb 09, 2020 2:39 pm
Ever felt like you were born into the wrong culture or nation? That's more or less how a small community in rural Alicante, Spain, has been feeling for a century, despite not sharing any actual links with the Turks of Anatolia.

They call themselves "Los Turcos," or "The Turks" in Spanish. They are not ethnic Turks, and their only connection with Turkey is local saint Vlas, who is buried in the Turkish province of Sivas.

At the recent "Moors and Christians of Alcoy" festival in the town of Sax, Alicante, the community dressed up in Ottoman-style fezes, costumes and capes to mark the 100th anniversary of the establishment of "Los Turcos."

An Ottoman military band also joined from Turkey, which was received with a buzz of excitement from visitors to the five-day festival.

The discovery of this lesser-known group was a happy coincidence, which occurred when an official from the Turkish Embassy in Madrid was on holiday in the town. Thanks to the efforts of the embassy, the town's connection with Turkey has received a healthy boost.

Last year, a group of 52 people from the Spanish town went on an organized trip to Turkey. This year, they hope to visit as a larger group.

Francisco Sanchez, the leader of the community, said they had a "heart-to-heart connection" with Turkey. "I could not have imagined the relationship would strengthen so much in such a short time," he said.

Sanchez said he was raised like a Turk, rather than a Spaniard, and that his grandfather was one of the patrons of Los Turcos – with his children and grandchildren continuing the same tradition.

Sanchez said when a Los Turcos member dies, their coffin is covered with the Turkish flag. "If the Turkish flag is forgotten during funerals, families get angry with us," he added.

In modern times, they have found a way to connect with Turkey through the ever-popular Turkish soaps and TV series. Sanchez's favorite Turkish actor is Can Yaman of the romantic comedy series Daydreamer.

"I invite him to visit our town and greet his fans here," he said.
RELATED TOPICS