Women of Kayseri band together in organic farming project KAÇEM 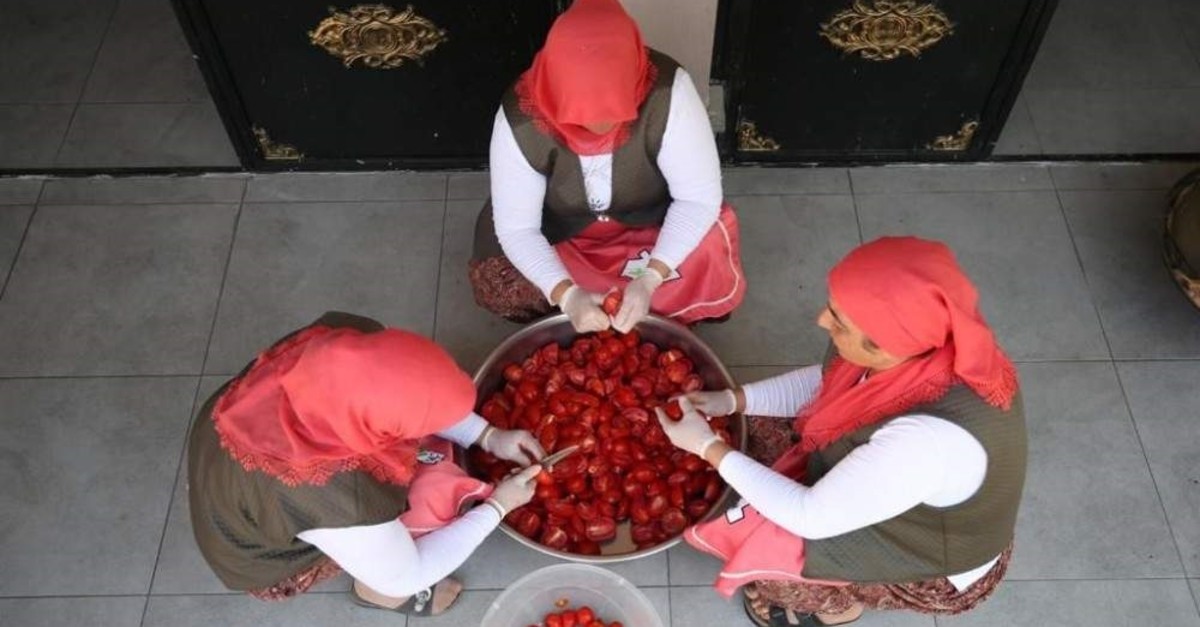 Twelve women who launched an organic farming collective from a village school in Kayseri are now setting their sights on selling produce across every region of the country. This is the story of KAÇEM women dedicated to delivering entirely natural products, from seed to plate.

''One morning I went out to check the field to find all of these saplings there smiling back at me, reaching up almost as if to embrace me. That's how it all began.''

Throughout human history, the soil has provided a source of inspiration and healing. In societies such as ours (the humble folk of rural Anatolia), that have been traditionally agricultural until extremely recently, the earth beneath our feet holds untold meaning. However, with the onset of industrialization, changes have evolved in the way the soil is cultivated, making it harder and harder to get a hold of truly natural products.

This trend looks finally on the cusp of being reversed, however, thanks to the recent growth of interest in eco-friendly, organic produce, leading to a proliferation of ecological villages and markets in metropolitan cities that allow consumers to finally get their hands on wholesome produce not interfered with chemically in any way.

Of course, a shift like this requires hard work and dedication from growers – and nothing comes more naturally than this for 12 women from Kayseri, who have committed themselves to establishing an agricultural business that is entirely organic from start to finish.

Back on Nov. 16-17, members of the Women Farmers Ecological Education and Production Center (KAÇEM) attended a cooking workshop in the central Anatolian province. Although many interesting groups were represented at the event, the women of KAÇEM stole the show with their unique pomegranate flower aprons. They talked about their products and their establishment of the cooperative as a means of putting into practice pioneering ideas and initiatives. What makes the group truly unique, however, is the passion with which they describe their activities. Their love for the endeavor is palpable, and one can see from their beaming faces as they talk that they have put their heart and souls into this business – which they tagline with the slogan: "With Love from Hands to Home" ("Elimizden Evinize Özenle").

KAÇEM is supported by the Ministry of Agriculture and Forestry, along with the Kayseri Metropolitan Municipality, the National Education Directorate and the Cappadocia Organic Agriculture Producers' Union Association (KAPTAR) and is the first of its kind in the central Anatolian region. Thanks to these various levels of support, the group has been able to train on the process of growing ecological produce as well as creating eco-friendly packaging, spurring various new employment opportunities via marketing. 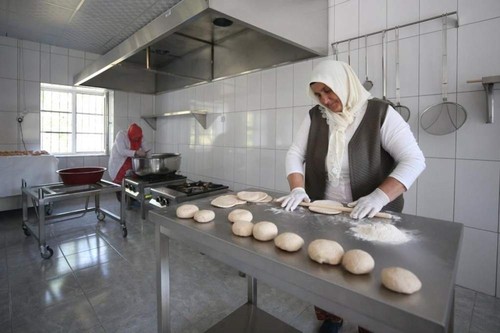 Yeşim Bekyürek, head of KAPTAR and founder of KAÇEM, explained how the project emerged and shared some of the women's stories.

''I observed that producers in organic markets were trying to make use of surplus products and leftovers. I saw how they would turn the grapes they couldn't sell into molasses, tomatoes into tomato paste and vegetables into a marinade, etc. This led me to consider a new project whereby we promote the growth of hygienic, healthy and reliable products, starting out in small communities." This thought that crossed Yeşim Hanım's mind later became a cooperative in which women became actively involved in every part of the decision-making process. In the end, the group's success was sealed when a local village school was transformed into a training center.

"There are two classrooms here, one of which was transformed into a warehouse. It was divided into two again, one part converted into a product inlet and outlet and the other converted into a production hall. So it's definitely not a huge factory. There are 12 women now, and we are in our second year. There will be more women next year." The school, in Karahıdır village, was chosen as a production site because the building is made of stone. A whopping 1.5 tons of produce was sold from the outlet last year – an incredible measure of success that has led the KAÇEM to set their sights on the competitive Istanbul market.

Another feature that distinguishes this cooperative from the rest is their exemplary business model. The women produce every product sold, growing it in their own fields, then process it at the production center and sell it on the organic market. Every product used in this process, with the exception of sugar and salt, is grown and harvested locally by their own hands.

''Here, the two main themes that we emphasize are making organic products with local seeds and never straying from traditional methods. We will not change our standards, even if it meant making a lot more money," Bekyürek said. "We are actually witnessing part of a broader transformation with 'KAÇEM'."

While many of the women are mothers and spouses at home, they are also full-time producers and businesswomen, working in the field throughout the day and later selling their products at the market. All came to the project in a different way, some having worked in fields for years and others coming to agriculture for the first time as part of the training events given within this project.

Şükran Başdoğan, 40, claims her discovery of the bounty offered by the soil gave her a new shot at life: ''I am the daughter of a farming family but had no close relationship with the earth until much later in life. I got married, but soon after, my husband suddenly went bankrupt. We had nothing. I do not know where I found the courage, but I turned to the earth. My husband proposed that we grow our own products. 'We must do farming,' he said. Then I met Yeşim. I asked her 'How can you trust me without knowing anything about me?' Today I still think about that unrequited trust she showed me and how we suddenly began organic farming.''

The one thing that unites all their stories, however, is that KAÇEM marked their first introduction to organic farming.

Initially thinking that the first seeds they had planted were dead, Başdoğan was relieved to find that all had suddenly sprouted when she went out into the field one morning. Başdoğan said, in a joyous daze about the saplings: "I am incredibly proud to be here today and I consider myself very lucky. Yeşim Bekyürek is a lighthouse for our lives. We have not shed a single tear to get to this point. Instead, we have gone through the entire process embracing each other and laughing with tears of joy.'' The head of KAÇEM Fatma Andaç, 55, says that she did not even think of becoming a chairman when she launched the trainings. She said even her daughter didn't know at the time.

"I feel happiness and pride. I want to make our voices heard. We are proud of what we have achieved. I have never taken part in any commercial activities before. I could not make use of any of my products."

Together with the cooperative, 12 women turned the page to a new chapter and opened a new door for new opportunities. This story that began in a two-room village school now has its sights set on getting organic produce across the whole of Turkey.

KAÇEM does not want to limit its products to Kayseri alone; it wants to deliver its products to other regions of Turkey via the internet. As the head of Kaptar and the mastermind of the project, Yeşim Bekyürek says that their biggest goal is to see the products become a brand.

As someone who has tasted KAÇEM's strawberry jam, I can say that this is a very reachable goal. If you ever happen to stumble upon the organic markets of Kayseri, you should definitely taste all of their products. Even if it doesn't cross your path, you may soon be able to order them online. Who knows, perhaps delicious organic jam won't be so far away.