From rivals to lovers: A story of dance, passion and pingpong in Antalya 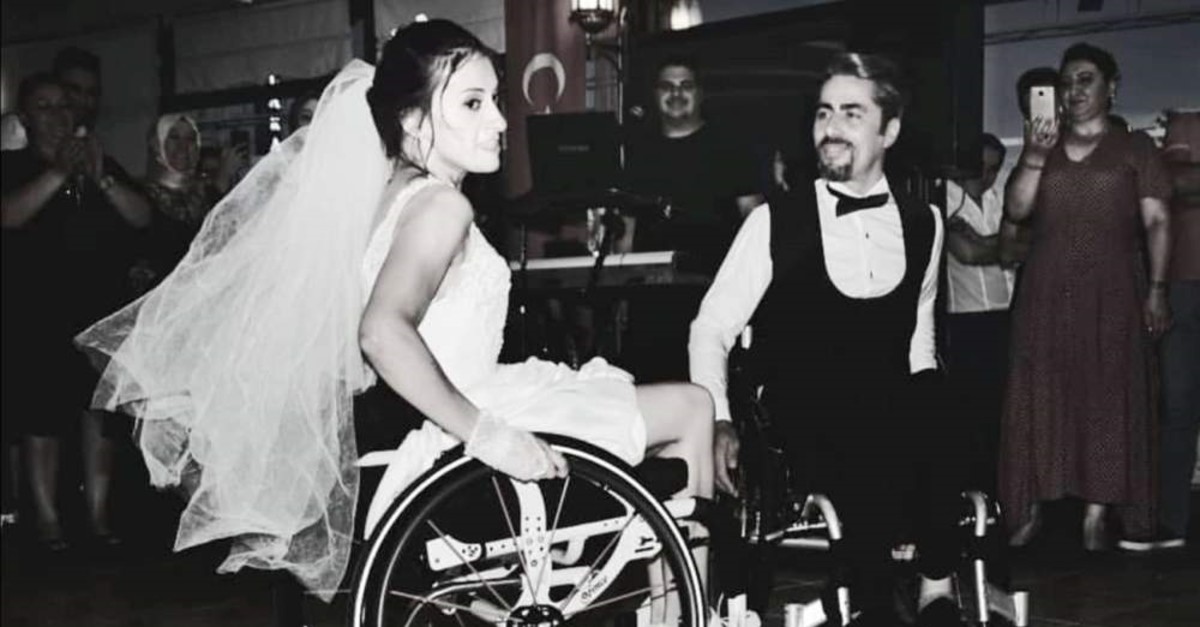 It all started six years ago when Nezihe Koçak Ünal decided to enroll in a pingpong course in the coastal, sun-quenched city of Antalya.

She had been wheelchair-bound since the age of 6 due to a bout of polio. Determined not to let this hold her back from her energetic lust for life, the move to pingpong seemed like an obvious choice. At the course, she met Abdulkadir Ünal, who was also disabled with a love of the sport: They seemed to be destined for one another.

It was not all rosy from the start though: The two started out as formidable rivals, entering into fierce competitions. However, with all the time they were spending together, their rivalry soon blossomed into a beautiful friendship. After letting their guards down, soon enough, love was in the air.

Then one day, they received news that would put an end to their rivalry once and for all: The Turkish Sports Federation for the Physically Disabled (TBESF) had officially recognized para dance sport and was looking for new recruits. The two decided to give it a shot.

In 2016, they joined forces to train for the graceful and stylish sport of wheelchair dancing. In just two years, they had gone from fierce rivals to a harmonious team, and three years after becoming a duo, they won their first Turkey championship.

Last June, the couple crowned their love with marriage. The ambitious duo now had their sights set on three things: the European Championships, the World Championships and kids.

This April, the Ünals will be competing at the Cuijk 2020 Para Dance Sport International Competition in the Netherlands and aim to achieve something to make their future children proud. The couple said they still look at each other the same way, with the same love after all this time.

"We learned that two disabled people could build a home simply by understanding one another. We learned that we could share our lives with mutual understanding. We do not see ourselves as lacking anything physically. Thank God our hearts can love, our souls can feel and our minds can think – we can see, hear and speak.

"This is a win for us rather than an obstacle. First, we were two; now we are one," Abdulkadir said.