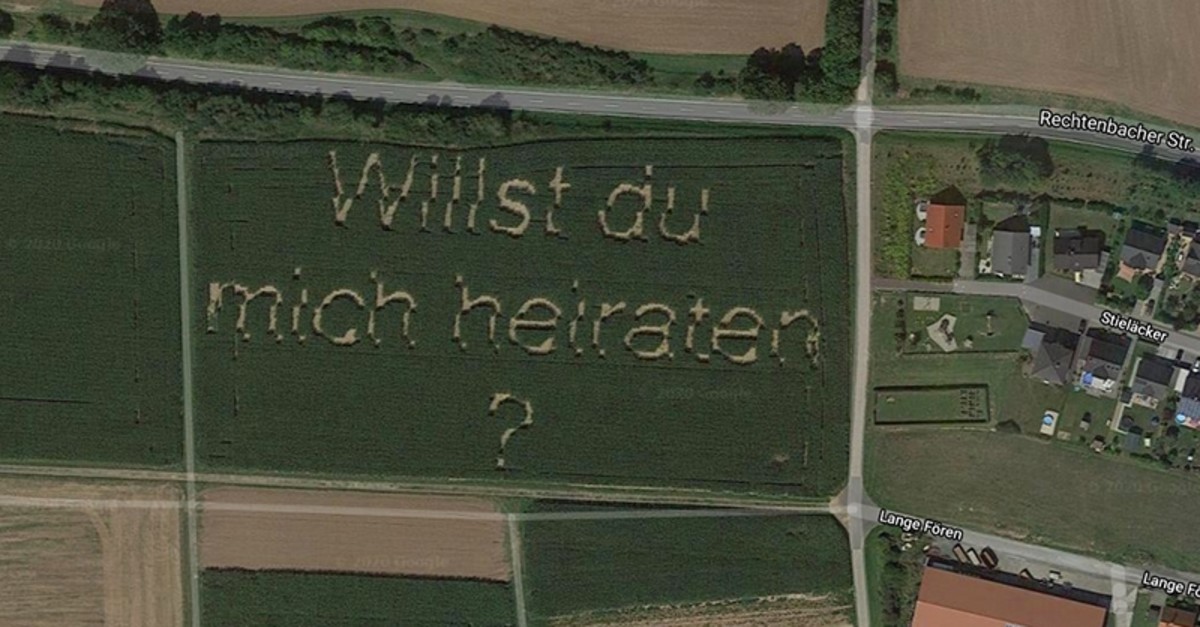 A German man's marriage proposal got a bigger audience than he had planned, after it showed up on an aerial picture used by Google Maps.

The German news agency dpa reported Wednesday that 32-year-old part-time farmer Steffen Schwarz used a machine to plant a field of corn in such a way that the gaps spelled out the words "Do you want to marry me?"

Schwarz says he got his girlfriend to fly a drone over the field last May in Huettenberg, central Germany, revealing the romantic message. She said yes.

He told dpa he hadn't intended or expected the image to appear on Google's popular mapping service until ann aunt in Canada pointed it out to him.

Schwarz and his fiancee plan to marry in June.