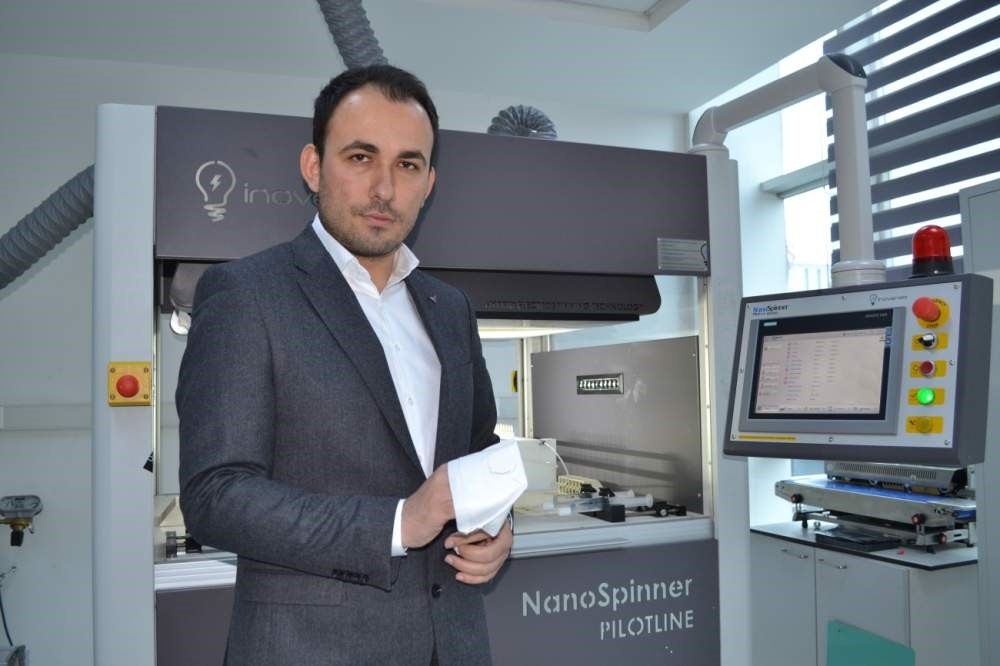 The novel coronavirus – the first case of which was reported on Dec. 12 in Wuhan, China and which was named COVID-19 last week – has spread to at least 23 countries and infected more than 72,000 people. As of Feb. 18, over 1,900 people have fallen victim to the virus in China alone. With the World Health Organization (WHO) declaring a state of emergency and calling the virus "public enemy No. 1," the world has started to take the necessary measures. Not only China itself, but many of the world's leading countries have taken action to develop vaccines so that this epidemic does not spread further.

The fact that the scientific world has managed to collect data on many viruses – including SARS, which spread in 2003 as the deadliest virus in recent decades – could aid scientists in developing vaccines to cure COVID-19. Now it seems that artificial intelligence (AI) might be the answer the medical and scientific world are looking for. I'd like to share with you promising developments about possible vaccines, which are uniting the whole world under one roof.

British startup Benevolent AI is one of the many companies that have taken part in such studies by researching available approved drugs to prevent the coronavirus from infecting more people. Deargen, an AI-based drug development venture company in South Korea, on the other hand, is conducting research via deep learning methods on antiviral drugs that have already been investigated to see their potential as possible treatments. Meanwhile, U.S. biotechnology company Insilico reported that they are using AI to find new molecules that could work in a potential treatment. According to the U.S. media, Insilico will try to come up with a solution by synthesizing and testing about 100 components they find as part of this study.

Can AI prevent spread of the virus?

Some companies and innovators have set out to investigate in which geographies the coronavirus is more likely to spread by using AI. One of them is John Brownstein, the chief innovation specialist at Harvard Medical School. By analyzing social media sites and platforms, health care channels, information shared by such units and news in the media, Brownstein is trying to determine to which countries the coronavirus is spreading outside of China.

"We are participating in follow-up studies in the U.S. We are trying to help find from which sources the virus originated from so that the authorities can prevent it from spreading," Brownstein told reporters in the U.S. recently.

According to Brownstein, in addition to detecting new cases, AI can understand how the virus behaves and can give specifications such as the age, gender and location of the infected patient.

Employing a similar tactic, a U.S.-based company named BlueDot is getting help from natural language processing (NLP) methods used in AI, barring sources such as social media and revealing potential routes for spreading.

Meanwhile, some – like Northeastern University professor Alessandro Vespignani, who specializes in modeling the risk of transmission to large masses – believe that because the characteristics of the virus have not yet been fully predicted, the efficiency of AI solutions will be reduced for the time being. The coming days will hopefully give us clues to whether AI has reached the power to address the coronavirus outbreaks that are spreading in obscurity.

Operating in Yıldız Teknopark, Inovenso has designed an electrospinning device that will produce nanofiber membranes to be used in the production of face masks. The company says its device was born out the necessity of reducing contamination risk and providing more effective protection against viruses, as well as the lack of medical masks comfortable enough for daily use. Faik Mıdık, one of the founding partners of the company, said they were able to produce nanofibers with an electrospinning device they designed as part of a Scientific and Technological Research Council of Turkey (TÜBİTAK) project. He said they were "one of the few" companies in the world that did this with a special process called electrospinning. Calling attention to the rapid spread of the coronavirus across the globe, Mıdık said: "There are also deaths in different countries outside of China. Nanofiber masks can be used as a preventive method and protective material in epidemics like this."

He noted that they had sold more than 350 devices to over 30 countries. "We export 95% of what we produce. There is not much demand from domestic producers or companies. Our wish is, of course, for there to be domestic demand for the production of nanofiber masks as well," he continued.

Robots rushed to the aid of those quarantined due to the coronavirus in China. A robot named the "Little Peanut" was seen serving people who had arrived in Hangzhou, China on a scheduled flight to be accommodated in a hotel because they were infected with the deadly virus. According to China's official news agency Xinhua, the robot welcomed its guests like this: "Hello everyone. Cute Little Peanut is now distributing your food. Bon appetit. If you need anything, please message the staff via WeChat." More than 300 people are currently being kept in quarantine at the 16-floor hotel, where more than one robot operates on each floor.

The first patient to be diagnosed with the virus in the U.S. was put in isolation at the emergency clinic where he was admitted. The 30-year-old was confirmed on Jan. 19 to be the first case in the U.S. upon his return to Seattle, four days after he came back from Wuhan city in the Hubei region of China, where the new virus first appeared.

The man was hospitalized on a special isolation stretcher and placed in an isolation room away from crowded parts of the hospital. A small number of health workers and a robot are currently looking after the patient, whose state of health is stable, according to doctors. Using a stethoscope and measuring his vitals, the robot allows the patient to talk to the doctors through its screen. Dr. George Diaz, the head of the Infectious Disease Department of Providence Regional Medical Center in Everett, Washington, states that they can see and speak to the patient thanks to the robot and the nurses moving it around the room.

According to China Radio International (CRI), high-tech products such as drones and robots are used in the city of Wuhan to prevent the spread of the new coronavirus. In Qingdao city, drones lead disinfection efforts. A single drone has the capacity to sterilize an area of 5,000 square meters by spraying the area with 10 kilograms of disinfectant material it carries in each trip. In the country's Nanjing South railway station, an infrared thermometer measures the body temperature of everyone who passes through the area with perfect accuracy and without disturbing anyone. People with abnormally high body temperatures are checked to prevent the spread of the virus. Another robot also stands in front of a shopping center in Guangzhou. Working at the busiest point in the city, the robot checks the body temperature of everyone passing by.