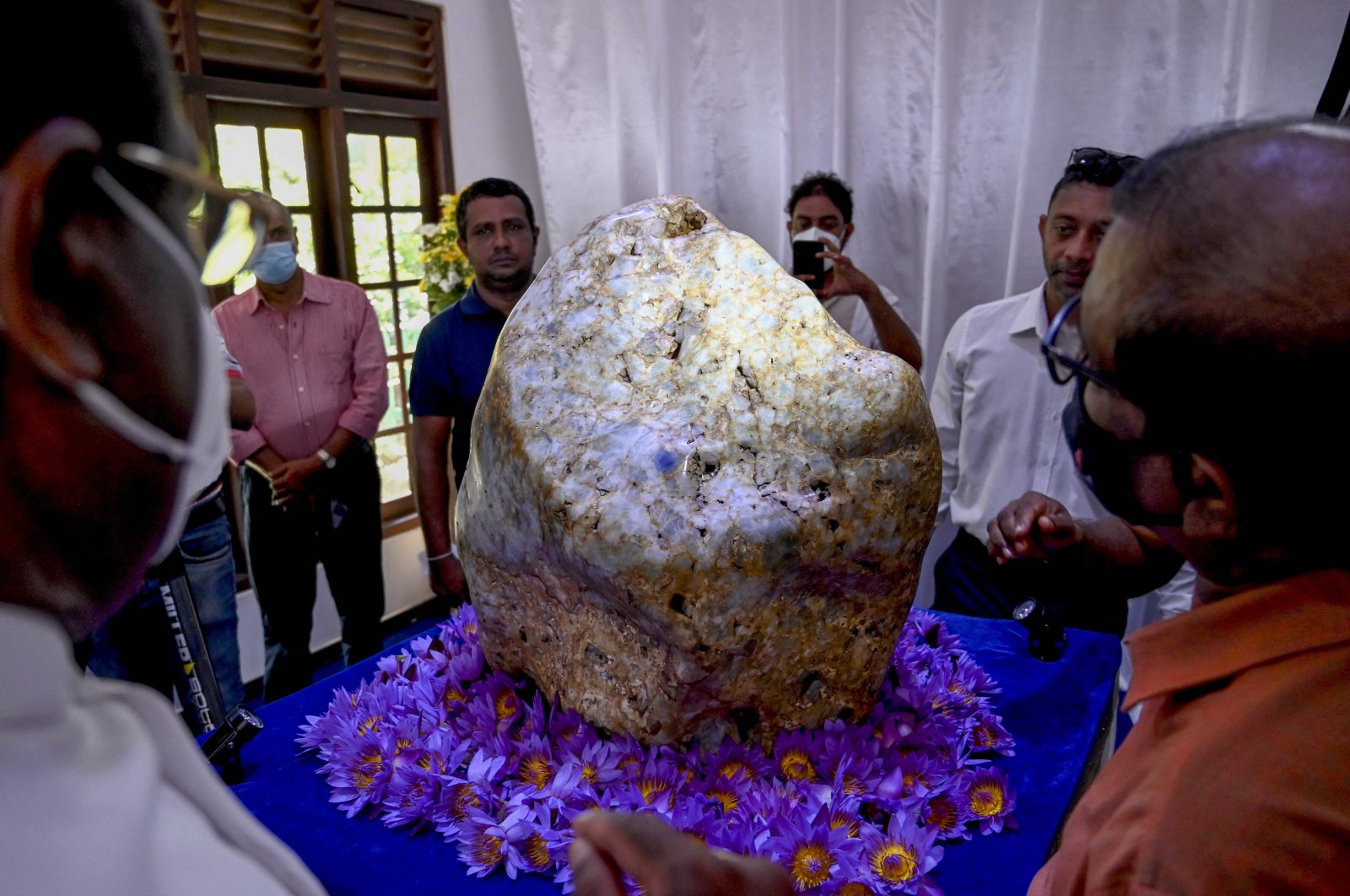 Officials in Sri Lanka unveiled a gigantic 310-kilogram (683-pound) corundum blue sapphire on Sunday that they claim is the largest of its kind in the world.

Local gemologists, who have examined the sapphire, said it was one of the rarest gems ever found due to its size.

It has been aptly named "Queen of Asia," but international organizations are yet to certify the precious stone.

Found three months ago in a gem pit, the sapphire was put on display at the home of one of the gem pit owners in Horana, 45 kilometers (28 miles) south of Colombo.

A group of Buddhist monks chanted blessings for the gemstone before it was unveiled.

The stone was found in the gem-rich Ratnapura area where local people had previously found the world's largest star sapphire cluster in a backyard by accident. The region is known as the gem capital of the South Asian country, which is a leading exporter of sapphires and other precious gems.

The country earned around half a billion dollars through the export of gems, diamonds and other jewelry last year, the local gems and jewelry industry body reported.