A big lesson: Is this the end of civilization as we know it? 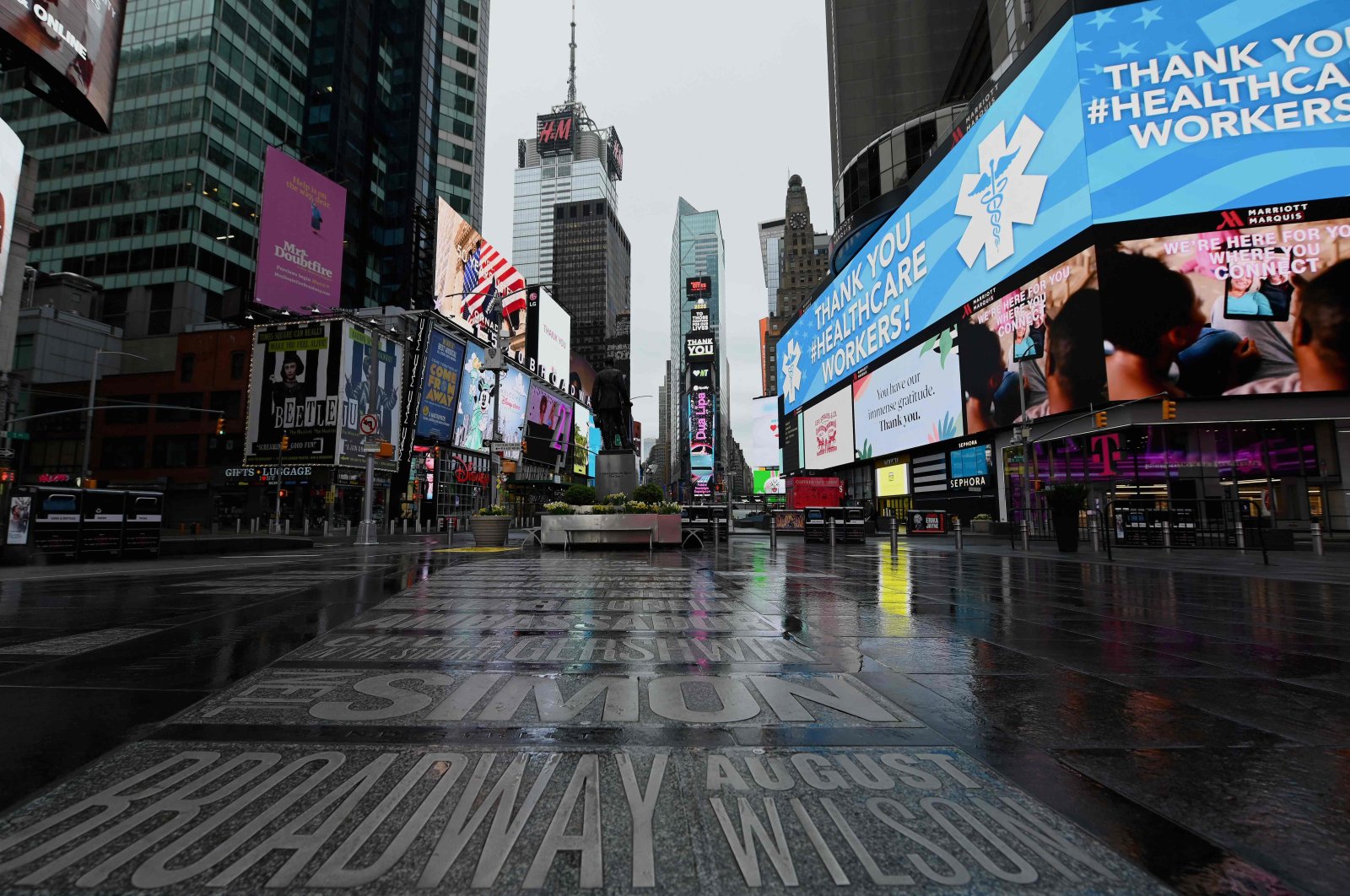 "The world will never be the same again" has been the oft-repeated refrain since the coronavirus brought the global economy to a jarring halt.

For many it has shown how fragile our civilization is.

The crisis has come as a new movement called "collapsology" – which warns of the possible collapse of our societies as we know them – is gaining ground.

With climate change exposing how unsustainable the economic and social model based on fossil fuels is, they fear orthodox thinking may be propelling us to our doom.

The theory first emerged from France's Momentum Institute and was popularized by a 2015 book, "How Everything Can Collapse."

Some of its supporters, like former French Environment Minister Yves Cochet, believe the coronavirus crisis is another sign of an impending catastrophe.

While the mathematician, who founded France's Green party "still hesitates" about saying whether the virus will be the catalyst for a domino effect, he quoted the quip that "it's too early to say if it's too late."

Yet Cochet – whose book "Before the Collapse" predicts a meltdown in the next decade – is convinced that the virus will lead to "a global economic crisis of greater severity than has been imagined."

The 74-year-old, who retired to France's rural Brittany region so he could live more sustainably, is also worried about an impending "global disaster with lots of victims, both economic and otherwise."

"What is happening now is a symptom of a whole series of weaknesses," warned professor Yves Citton of Paris VIII University.

"It isn't the end of the world but a warning about something that has already been set in motion," he told Agence France-Presse (AFP), "a whole series of collapses that have begun."

The slide may be slow, said Jean-Marc Jancovici, who heads the Shift Project think tank which aims to "free economics from carbon." But "a little step has been taken (with the virus) that there is no going back on," he argued.

Pablo Servigne, the ecologist and agricultural engineer who co-wrote "How Everything Can Collapse," has a more chilling take.

"The big lesson of history ... and of the Horsemen of the Apocalypse is that pestilence, war and famine tend to follow in each others' wake. We have a pandemic that could lead to another shock, wars, conflicts and famines," he warned.

"And famines will make us more vulnerable to other pandemics."

A chance to change

Grim as that prospect may be, influential philosopher and sociologist Bruno Latour said the crisis gives us a chance to imagine alternatives to neoliberal capitalism.

He warned on his blog that the world had "to make sure that, after the virus crisis, things don't start again as they were before.

The virus had also shown, he wrote in a piece for the AOC online daily, "that it is possible in a few weeks to suspend a global economic system that until now everyone said was impossible to slow or adjust."

Servigne too can see a bright side, comparing the lockdown to someone "pulling the alarm signal on a train," with states now intervening in social and economic policy in ways that have long been taboo.

He was also "inspired by the way that nature has reacted as soon as we stopped our craziness" and taken back spaces freed up by our confinement.

The good news from an environmental point of view, said Jancovici, was that "money is no longer a problem" for political leaders. "'Need 500 billion? We will find it!'" he added.

But the bailout and economic salvage plans that are being set in place should be as nonpolluting as possible, Jancovici argued, adding that we had to use this chance to move toward a system not based on carbon.

Nevertheless, he fears that "the only plan that will come to mind will be to continue as before to save jobs."

And it is not just down to governments. If the first thing people do when the lockdown ends is book a flight to get away from it all, Citton said, then we really will be sealing our own fate.