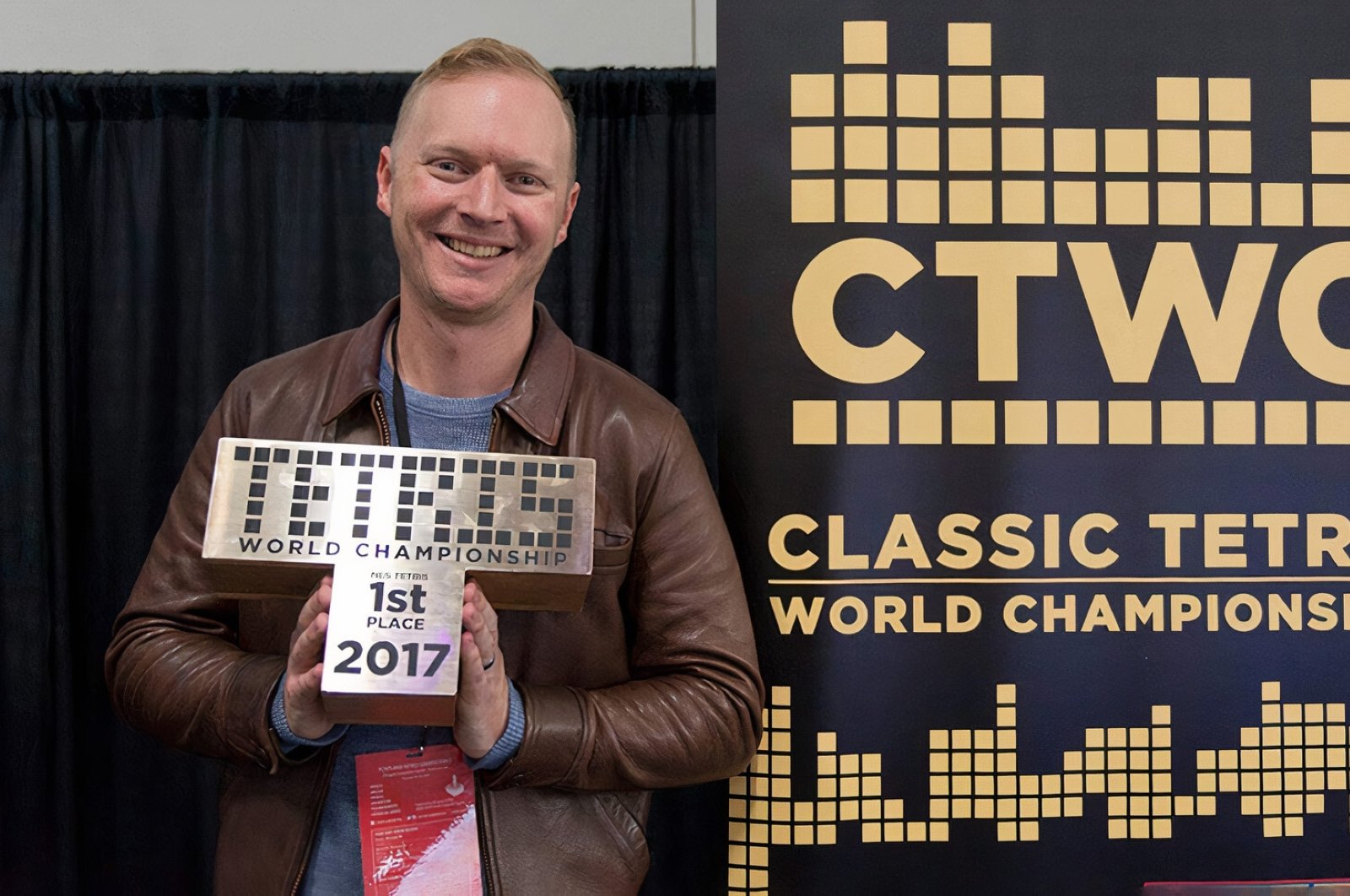 Like any avid Tetris fan and proud member of the community, I was stunned by the untimely death of 39-year-old Jonas Neubauer, arguably the best Tetris player to have walked the face of the earth

I am not a member of Generation X, in the collective mind of which the Tetris craze has always had a prominent place. I was born in late 1990, and during my childhood, there were many graphics-heavy games for me to choose from. But my mother has always been a Tetris fan and she instilled her love for this Soviet masterpiece in me. I spent a good chunk of my childhood playing away on my handheld Tetris device, which was nicknamed “handheld Atari” among the Turkish youth of the time.

Even though I could play 3D, story-driven games on my original PlayStation, there was always this urge that kept pushing me back to my handheld to stack up in Tetris.

It would take over 20 years for me to ponder and realize what made me love this seemingly basic puzzle game so much. It was that it appealed to the basic human instinct of putting things in order, basically exploiting a bug in our brains. That's why the famous Tetris documentary was named “Ecstasy of Order,” and the latest release in the franchise is called the “Tetris Effect,” named after a natural phenomenon happening in the human brain after long hours of exposure to Tetris.

Over time, I have won countless Tetris Maximuses in this battle royale, and even beat the Invictus mode, the hardest competition in the game. I noticed that my Tetris skills were getting sharper, and with newfound confidence, thought I could prove this in a contest. After all, there were tons of e-sports competitions out there, so Tetris must have one too. After a quick search, I came across a worldwide Tetris competition, albeit with a major difference.

We are heartbroken to share that Jonas Neubauer, 7-time CTWC champion, passed away suddenly on Jan 4.

We could have never asked for a greater champ, role model, and friend. Jonas, we miss you, we love you, and we thank you for inspiring us to always be our best. Rest in peace. pic.twitter.com/CaaGgd4ZY3

When I discovered the official YouTube channel of the Classic Tetris World Championships (CTWC), I was so hyped that I couldn’t help but watch most of its videos. There was a major problem though; as the name suggests, this was Classic Tetris. Competitors were not playing Tetris 99 on Nintendo Switch like I did; they were playing the original Nintendo Entertainment System (NES) release of Tetris on the original hardware and real CRT televisions to eliminate any possible input lag, which could be measured in milliseconds. Every second, no, every millisecond, counted in this harsh version of Tetris; there was no moving a piece right after it touched another and no hold function. Only one upcoming piece was shown. The pace of the game was nowhere near what I had been playing. There were also many terms I did not understand at first, like “transitioning,” “digging,” “hypertapping” and “kill screen.”

I had never played NES Tetris before in my life; it was released six years before I was born. But it was the OG Tetris, the true classic. I found myself falling in love with the game once again, admiring competitors’ abilities even more after I gave it a try and failed in a few seconds flat.

It was no competition I could get into. I was an ace at Tetris 99 and ranked worldwide but getting into this cutthroat competition well exceeded my capacities. After months of training and trying to adapt, I can nowadays get close to 300,000 points in NES Tetris, but those guys at the CTWC were scoring at least 800,000. Time to throw in the towel.

Their skills were off the charts. As I was watching a match, I heard a very cheerful phrase from the commentator: “Boom! Tetris for Jonas!”

This was the phrase that introduced me to Jonas Neubauer, arguably the best Tetris player the world has ever seen.

He was getting Tetris after Tetris. He was a real sportsman, congratulating his opponents no matter what, both when he won and when he lost.

His level of focus in the game was unbelievable; he was doing incredible T-spins, tucking impossible pieces into impossible areas. He was “maxing out” – topping the absolutely incredible 999,999 points in some matches.

There was no reason not to admire this wonderful player, who was so passionate about the game he was playing. He was also a gentle person, which could be read from his face while he was flawlessly stacking those pieces.

It saddens me to have never gotten the chance to meet you, Jonas, though living half-way across the globe does complicate matters. You were the embodiment of dedication, sportsmanship and maturity and shined with your personality.

I gave you a standing ovation when you hugged and congratulated Joseph Saelee, the then-16-year-old underdog who beat you and stopped you from winning your eighth title. You were Joseph’s idol too, and he was living the dream, competing against the best there ever was, a dream I shared too.

It's easy to see your legacy continues in Joseph, your true heir.

Your memory will live on forever. May your soul rest in peace, Jonas, the best stacker to walk this earth.