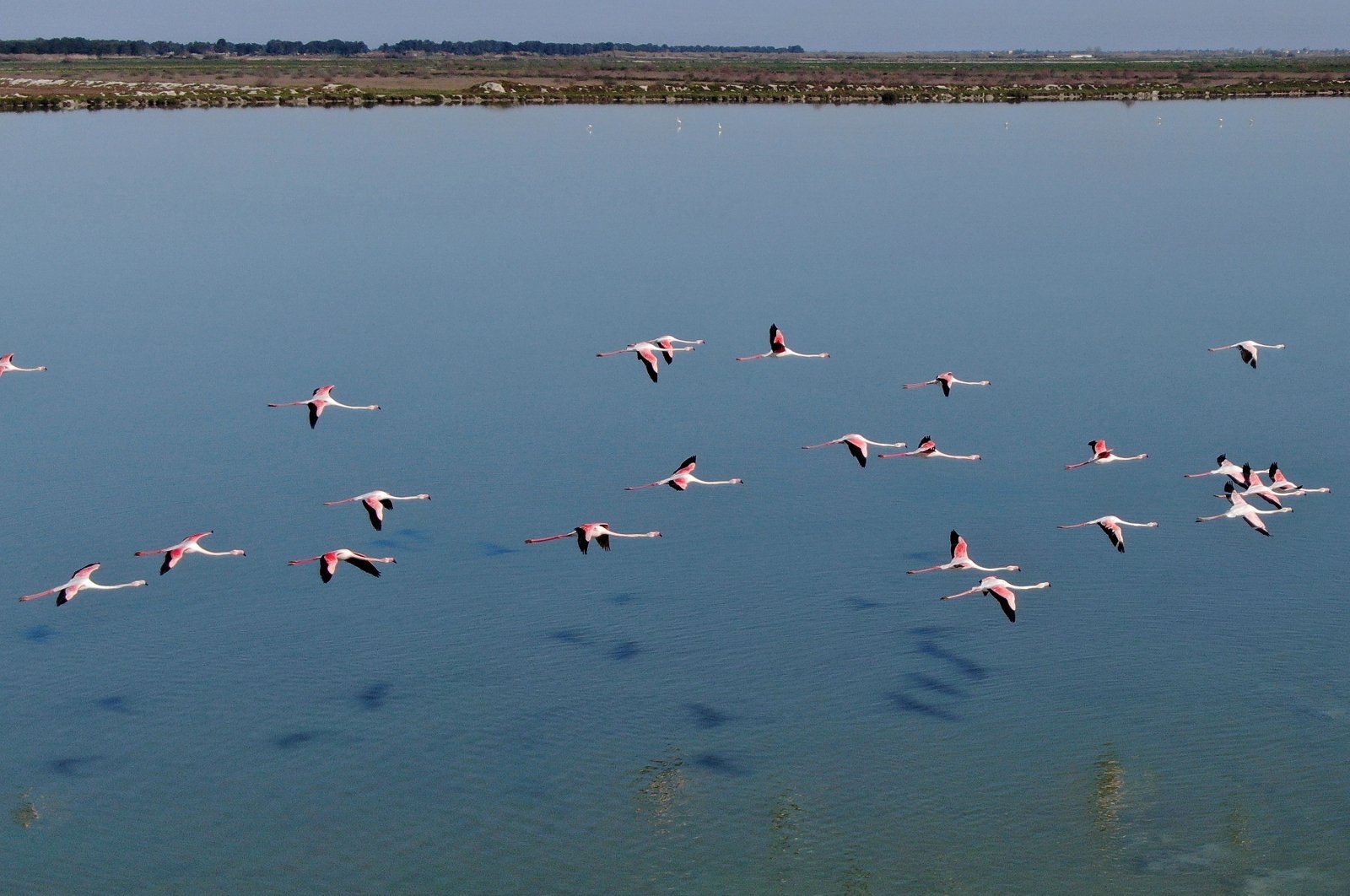 With potential tourists far away, boats docked and factories silenced thanks to a coronavirus lockdown, Albania's pink flamingos and curly pelicans are flourishing in the newfound tranquility of the lagoons dotting the country's western coastline.

Beating their pink and black-lined wings, a growing flock of thousands of flamingos have recently been soaring over and splashing in the glistening waters of Narta Lagoon, an important site for migratory birds on the Adriatic coast.

Their numbers have increased by nearly a third – up to some 3,000 since January, according to park authorities.

With humans kept under lockdown, "wildlife has regained all of its absolute rights and is enjoying all the freedoms of nature," Nexhip Hysolakoj, the chief of the protected area, told Agence France-Presse (AFP) from the shores of the placid lagoon.

In recent years, unchecked urbanization, a growing tourism footprint and industrial activity have threatened ecosystems in the protected zone surrounded by scrubby hills.

The coronavirus lockdown imposed on March 9, however, has brought about a welcome reprieve.

Gone are the churning engines of fishing boats and the dozens of ferries and other vessels that normally depart daily from the nearby port of Vlora.

Car traffic on a busy road only 500 meters away has also been reduced, adding to the quiet and protection of land animals.

And nearby factories who have come under scrutiny for polluting the waters with waste, such as a leather processing plant and an olive oil producer, are dormant.

Conservationists hope the quiet will encourage the graceful birds to take the next step and mate.

Over the past three weeks, couples have been "moving a little further into the lagoon and are now starting courtship rituals," said Hysolokaj.

The author of Albania's first bird guide, Mirjan Topi, said the conditions are perfect for the flamingos to start reproducing in the Balkan state.

The birds typically "travel for a few years in the different regions of the Mediterranean until they reach sexual maturity," he said.

Those frolicking in the lagoon today hail from Africa, Italy, Greece, Spain and France, according to a park survey.

"It's time for love," Odise Celoaliaj, an environmental expert, said with excitement as he peered through binoculars to watch a flock of flamingos take flight.

"It is enough to see how the flamingos are enjoying the tranquility, they feed and dance on their own free will."

Just under 100 kilometers (60 miles) to the north, officials in Albania's largest lagoon in Divjaka National Park also hope the calm will be a boon to a growing population of Dalmatian pelicans.

The "near threatened" species are known as "curly pelicans" due to the ruffle of feathers on top of their heads.

Some 85 mating pairs are nesting on a tiny island in the center of the lagoon, which is separated from the Adriatic by a sandy bar.

The population has been increasing in recent years and has now reached its highest number in the last three decades, according to Ardian Koci, the park's director.

But the area is also threatened by a growing tourist industry, with some 50,000 visitors a month.

The pelicans, as well as flamingos, bald eagles and Ibis falcinella are enjoying the peace, gathering on deserted pathways normally teeming with tourists.

Koci hopes the health crisis that has caused almost 30 deaths in Albania will be an opportunity to rebalance tourism and the protection of biodiversity in Albania.

"I would be selfish to say that only nature counts," he said.

But "urgent measures are needed to put an end to the abuses that have so badly damaged ecosystems."