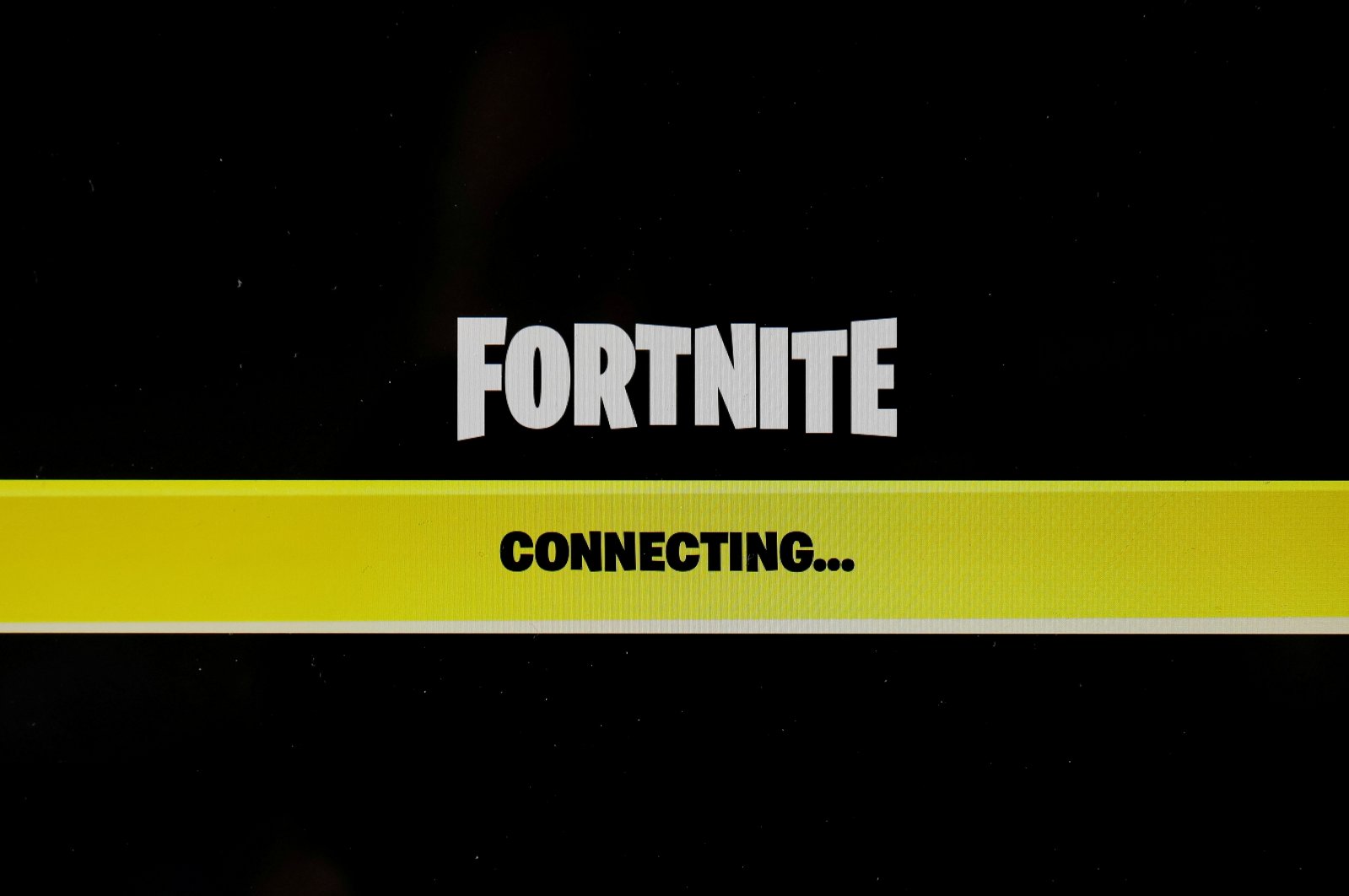 The popular video game Fortnite by Epic Games is pictured on a screen in this picture illustration, Aug. 14, 2020. (REUTERS Photo)
by Emre Başaran Aug 17, 2020 1:15 pm
Edited By Yasemin Nicola Sakay

An 'Epic' fight broke out this week as Apple and Google moved to ban Fortnite. A ban against any other app would not have created such a stir, but it's a game played by virtually everyone on the planet

Epic Games' Nineteen Eighty-Fortnite made the headlines this week with an ad targeting tech giant Apple. The ad made a clear reference to the latter’s famous “1984” commercial, which aired in January 1984 in the United States.

In the said ad, Apple targeted computer giant IBM, aka the “Big Blue,” saying the company envisioned a future reminiscent of George Orwell’s dystopian classic “1984.” Now, Epic is hitting the Cupertino-based iPhone maker with its own weapon.

The reason for this attack? “App Store monopoly,” as Epic puts it.

Recently, Epic Games found a way to circumvent Apple’s payment system. Apart from the fact that it was in clear violation of App Store rules, it was an attempt by Epic to be portrayed as a hero, as one of Fortnite's characters was seen breaking a TV with a hammer, the “Evil Apple” character vanishing from the screen afterward. Epic tried to draw a line between legality and morality by reminding everyone that slavery was legal and freeing slaves was illegal once upon a time, or hiding Jews from the Nazis was illegal and reporting them was legal and encouraged. Epic basically blasted Apple on the grounds that it had a "totalitarian" approach when it came to running its app ecosystem.

However, there is one point that is overlooked. Despite its attempts to be known as a consumer-friendly company and a “defiant of the evil” with no ulterior motives, Epic is like the rest.

Have you ever heard of the term "crunch"? It means a way of working similar to slavery, mostly employed in the video game business.

Fortnite, the wildly popular game played by millions of people, led to some heavy crunching within Epic Games, with some employees reporting up 100 hours of work each week. The company came under the spotlight after comedian Hasan Minhaj featured them in an episode of the Patriot Act on Netflix, after heavy coverage by various news outlets.

To put things in perspective, 100 hours means working 14 hours per day – without a day off.

So Epic's desperate efforts to portray itself as having the moral high ground are in vain. You get the picture.

Epic’s attempt is a highly successful public relations stunt. In the short period before Apple banned Fortnite and gamers could actually buy through Epic Games' own payment system, they were paying $2 less, so $7.99 instead of $9.99. Epic was basically telling its customers, “Look, if Apple wasn't in the way, you'd be paying much less.” Apple’s exorbitant cuts from publishers’ revenues have always drawn ire. Some 30% of all revenue goes to the California giant, which has been a tremendous contribution to its near-permanent growth in the last 10 years.

Many proposals have been made to solve the matter, some saying that Apple should be allowed only 10% and others allowing 15%. Despite the changing percentages, there's a consensus: 30% is not fair. Should Apple continue its harsh stance regarding the cut, many publishers, especially small and up-and-coming ones, are bound to have a breakdown one way or another. That is also a greedy amount of money, considering global app revenues topped $50 billion only in the first half of 2020.

Should Apple cut its share – even in the slightest, it could lure more publishers to push their games and apps to the App Store.

Epic’s stance, on the other hand, seems to undermine the value of the App Store. Let’s be real: Fortnite would have never been in its current position without tens of millions of iPhone and iPad users.

But why has Epic has not blasted Google but concentrated its PR campaign against Apple, you ask? That's because nearly all of its Fortnite mobile revenues come from Apple, not Android.

Apple has contributed a lot to Epic’s growth, but it seems that Epic has lost its patience and wants in on that remaining 30% of in-app purchase revenues.

However, Apple must review its stance too – 30% is way too much, plus they could appeal to more developers and companies.

A consensus between Apple, Google and Epic, though, is inevitable. It’s capitalism after all.