Biking 101: Grabbing Istanbul by the handlebars 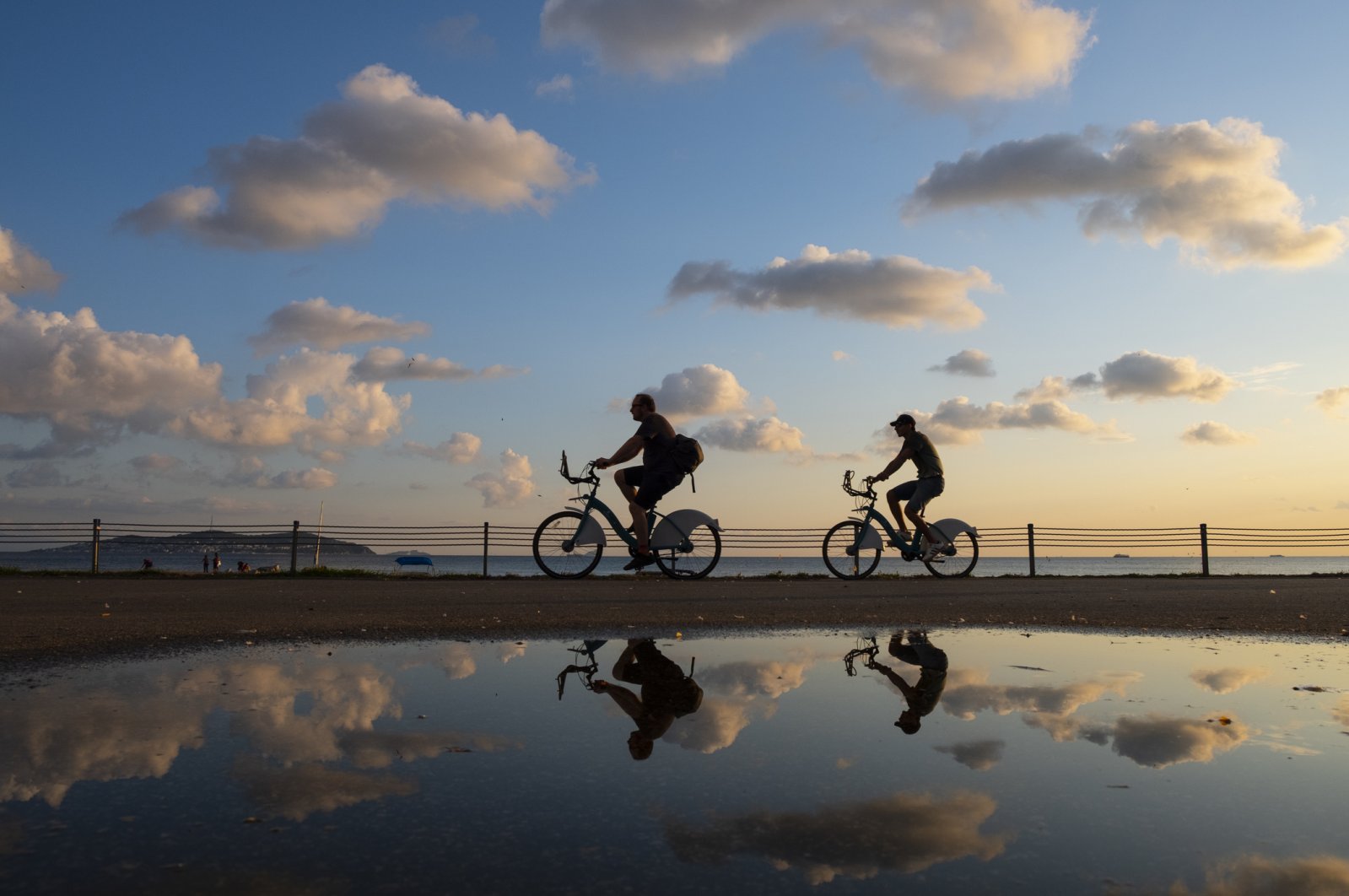 Tell the average Istanbulite that you enjoy biking in the city and you’re highly likely to be greeted with unabashed incredulity. However, as soon as you hit the saddle here, you form an entirely new relationship with the city that is both easier and more pleasurable than you would expect – so long as you bear a few advanced tips in mind

I assumed it was the creeping sense of self-indulgence that accompanies payday that lent me to conclude the time was neigh to get a bike after so many years. But lo-and-behold, upon sharing photos of my proud new mechanism on social media, I was suddenly flooded by messages from other newborn cyclists who had joined the club themselves – all of them, only weeks apart.

Sensing something was awry, a quick Google search proved that since the coronavirus had reared its spiky head across the country, Turkey had seen a rise in bike sales by as much as 50%. This may seem staggering enough, but the real figure must be astronomically higher when one considers that most of us are far more likely to buy our wheels second-hand.

With the roads emptied, the sun shining and the Bosporus glistening unadulterated, the city has never looked more handsome – and this is enough to inspire many. While for others limited to their own neighborhood due to fears over public transport, the bicycle is the childhood friend that has very logically popped back into minds.

Whatever your excuse may be, I encourage all to grasp the handlebars of the opportunity provided by this bizarre historical moment and start to explore their environs in a brand new, joyous way. However, it pays to bear in mind the following tips:

Istanbul drivers are not as bad as you think, but take care

The most common response I get when telling people I like to cycle here is: “Are you crazy?” Possibly. Though the main arteries of this huge city are certainly dicey, for the most part, drivers here are very conscientious when it comes to cyclists.

If busting this myth means everyone starts to lower their guard and chaos ensues, I’m fine to maintain the cliche, but many motorists offer a friendly warning beep before passing by and are patient enough to wait for a stretch when they are unable to do so. The reason for the latter is by no means an innate sense of chivalry, it is simply because the all-pervasiveness of traffic in this city means that absolutely no one expects to get anywhere on time anyway.

The fact that roads are often deadlocked, if anything, should be a blessing to you – but with this, comes the threat of people suddenly opening doors to jump out without even looking, so try to maintain a distance from cars as much as possible.

Istanbul pedestrians, on the other hand, are not so good

With all the sound pollution that this metropolis generates from the constant traffic, tradesmen, roadwork, construction, roadwork, sirens and more roadwork, your puny bell has all the authority of a cricket in the night. This is made worse by the fact that almost everyone, it seems, has discovered the joys of wireless headphones.

Eventually, you’ll find yourself employing numerous creative ways to shake the saunter squad out of their somnambulance. In the space of a few months, I’ve gone from a soft “pardon” to shouting “Brrring! Brrring!” as I part the crowds on Istiklal Street like a TL 5 Moses. Unfortunately, nothing is a one-size solution, so just prepare for bouts of road rage.

The hills are alive with the sound of wheezing

One of the most wonderful things about biking around a city is the sudden relationship you gain with its topography. In Istanbul, this is truer than is necessarily preferable, and I can only laugh these days at its being referred to as the “Seven-Hilled City” – that’s a gross underestimation.

Before setting off on any journey, you must consider the slopes you might have to encounter and keep in mind any helpful funicular services that, although geographically seem to take you off course, will ultimately be helpful in the long run.

Stick to the roads

It’s fair to want to begin by sticking to the sidewalks as you try to build your confidence – and this is the very reason why my driver’s license was revoked so quickly. However, you will soon find that this is just not practical given the sea of aimless pedestrians (see point 2), various pavement works, steep curbs and parked cars flanking you at every turn.

Plus, it is also a point of respect in general. You are a cyclist, sure – but foremost, you are a pedestrian. Pedestrians have the right to walk in peace, no matter how aimlessly.

You’re going to need a healthy set of breaks, a certain savvy about gears and a solid rust-free chain among other features on your new wheels. That said, before setting off on the road, it pays to pop into a local first-hand bike dealership and ask one of the guys there if they think it is in need of any work. Bike guys – just like guitar guys, laptop guys and any other guys with expertise in a subject that drains the mood at dinner parties – are always happy to bikesplain about the pros and cons of your new purchase.

I would be remiss not to point out that even if Istanbul’s drivers are fairly conscious of others, anything can happen, and so some protective gear is worth investing in. If you are likely to be riding at night, some lights or reflective equipment will keep you in good nick.

There are tons more titbits to relate, but the experience is the best teacher – so happy riding! Recommended routes for newcomers include the coastline from Moda going down the Asian side, as it is flat, leafy and has wonderful views of the Marmara. Alternatively, the coastline anywhere from Ortaköy to Sarıyer offers a staggering view of the city from the European side and also passes by some rather classy neighborhoods. The best-kept secret, however, is Eminönü at night, when the tourists have vacated yet the various monuments are illuminated in glorious fashion.