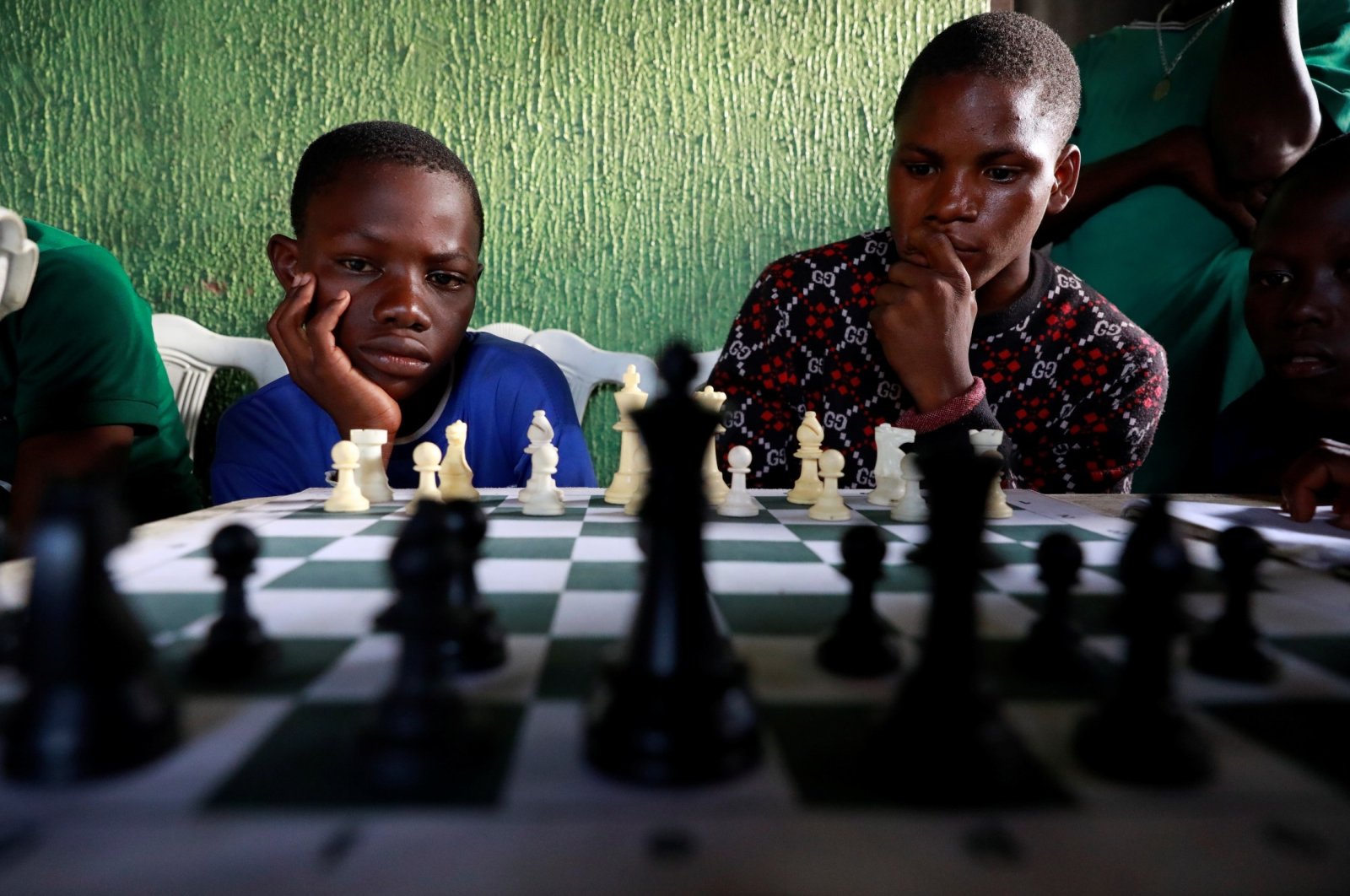 In a similar vein to scenes of Beth Harmon discovering chess in the basement and rising through the world with her mastery at chess in the Queen's Gambit, young children in the Majidun neighborhood of Nigeria's Lagos crowd around plastic tables and boards, and learn about the centuries-old game in hopes of it providing a better life.

The waterside shantytown is just across the lagoon from the mansions and towering office blocks of Nigeria's commercial capital. They hope the cunning and strategy they learn on the chessboard will help them make the leap out of their homes in the slum.

"To live here is hard," said Michael Omoyele, who at 14 has already dealt with food scarcity and worked to feed himself. Inspired by "Queen of Katwe," the 2016 film about a girl who escapes poverty in a Kenyan slum through chess, Omoyele hopes chess will help him, too.

"On the chessboard, you work hard in order to win, and from winning chess games I believe I can do better in becoming a champion and being wealthy also."

Omoyele practices at home, in a room with watermarked concrete walls and peeling blue paint and the din of crying children in the background.

Babatunde Onakoya, 26, founded Chess in Slums Africa in 2018. Chess aided his rise from his own deprived childhood in Lagos. Onakoya said he was driven by a conviction that Nigerian education is in crisis, with many children either out of school or not learning what he sees as useful survival skills.

He now spends his free time plying crowded alleyways, tinged with the smell of burning trash and generator fuel, in the hope that teaching kids chess can build a better future for all of Nigeria.