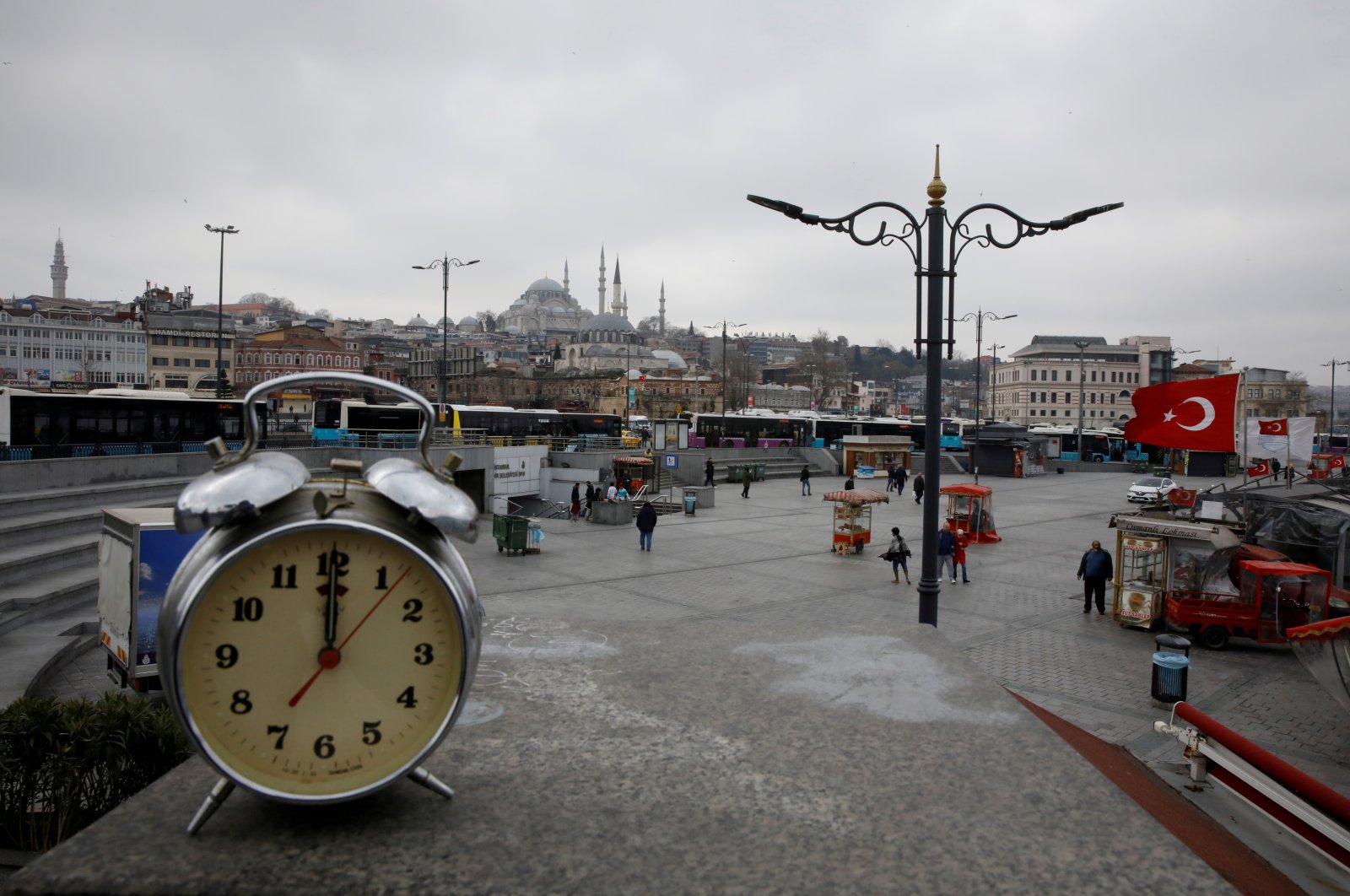 A clock showing the time at noon, is displayed for a photo at Eminonu district during the coronavirus disease (COVID-19) outbreak, in Istanbul,Turkey, March 31, 2020. (Reuters Photo)
by Daily Sabah with Reuters Apr 02, 2020 11:11 am
RECOMMENDED

Lockdowns to halt the spread of the coronavirus have brought an uncanny silence to some of the world's busiest places. Transport hubs that should be teeming with travelers such as New York's Grand Central station or Istanbul's Eminonu ferry docks are all but deserted.

Our best-loved tourist sites or promenades, the Malecon seafront in the Cuban capital Havana, the Damascus Gate entrance to Jerusalem and the Old Town Square in the Czech capital Prague are empty of visitors and the traders that live from them, as borders close and tourists stay home.

Cairo's Tahrir Square and Kiev's Maidan, squares where just a few years ago people swarmed in their masses to bring about a revolution, are clear. Reuters photographers have captured the hush that has descended on some of the world's best-known sites on Tuesday, at noon.

The place that started it all: The Chinese city of Wuhan in the Hubei province lies just as empty as the rest of the world. According to U.S. intelligence, Chinese authorities concealed the extent of the coronavirus outbreak, under-reported both total cases and deaths.

A woman jogs past the Houses of Parliament on Westminster Bridge in London, Britain as the usually busy street is deserted. As of Wednesday, more than 2,000 people have died of the virus in the Kingdom with almost 30,000 confirmed cases. The country has imposed a lockdown to prevent the spread of the virus.

A watch showing the time at noon in front of Bolivar avenue, which is almost empty, in Caracas, Venezuela, on March 31, 2020. The country has as of Wednesday a total of 144 cases of the novel coronavirus with a total of three deaths.

A digital clock on a smartphone is pictured in front of the Brandenburg gate, during the coronavirus COVID-19 outbreak, in Berlin, Germany, on March 31, 2020. Germany currently has more than 75,000 infected citizens and almost 1,000 deaths as of Thursday. Germany's 83 million people are currently under slightly less strict lockdown conditions than in other European nations like France and Italy, with nonessential outdoor excursions still mostly allowed.

A mobile phone showing the time at noon in front of the U.S. Capitol, which is completely empty in Washington, U.S. on Tuesday. The situation in the States is grim as more than 200,000 have been tested positive for the deadly virus with a death toll of over 5,000 as of Thursday.