Doctor in India duped into buying 'Aladdin's lamp' for $93,000 after genie show 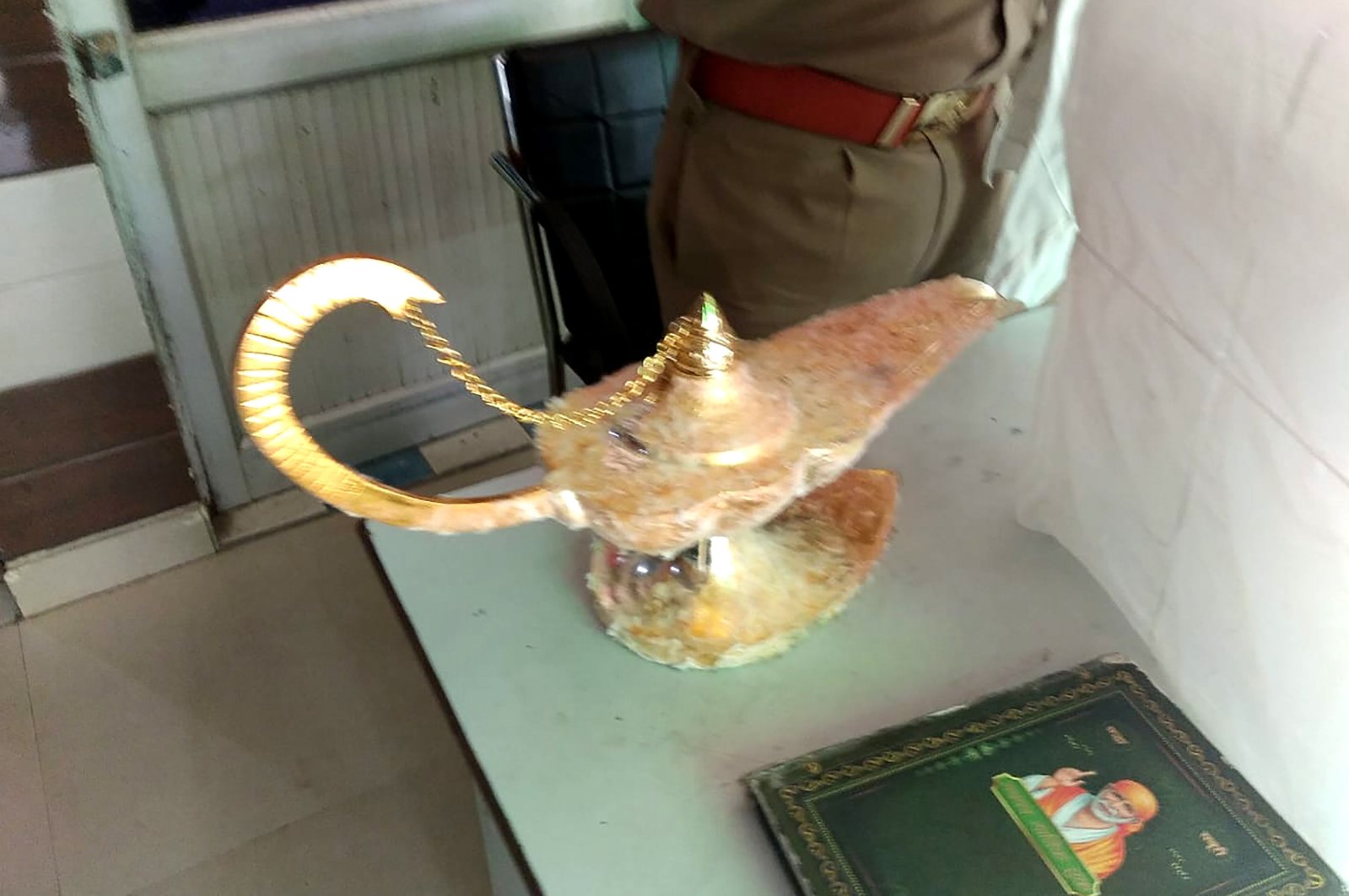 Two men who allegedly duped a doctor into buying an "Aladdin's lamp" for $93,000 – and even conjured up a fake genie – have been arrested in India, an official said Sunday.

Laeek Khan approached police in the northern state of Uttar Pradesh after he realized the lamp did not have any magical powers, as described in the popular folk tale about Aladdin and his wish-granting genie that appears when the lamp is rubbed.

"The cheats had struck a deal for much more, but the doctor had paid about 7 million rupees ($93,000)," Amit Rai, a senior officer, told Agence France-Presse (AFP).

He said the men were arrested on Thursday and were remanded in custody ahead of charges being filed.

"The wife of one of these men was also involved in the fraud. She is on the run," Rai added.

In his complaint filed last Sunday, Khan said one of the men pretended to be an occultist and made a "jinn" – a supernatural figure – appear from the lamp, local media reported.

But when Khan asked if he could touch the genie or take the lamp home, they refused, saying it might cause him harm, the complaint stated.

Eventually, they sold the lamp to him, promising it would bring health, wealth and good fortune.

Khan stated that he later realized the "genie" was actually just one of the men in disguise.