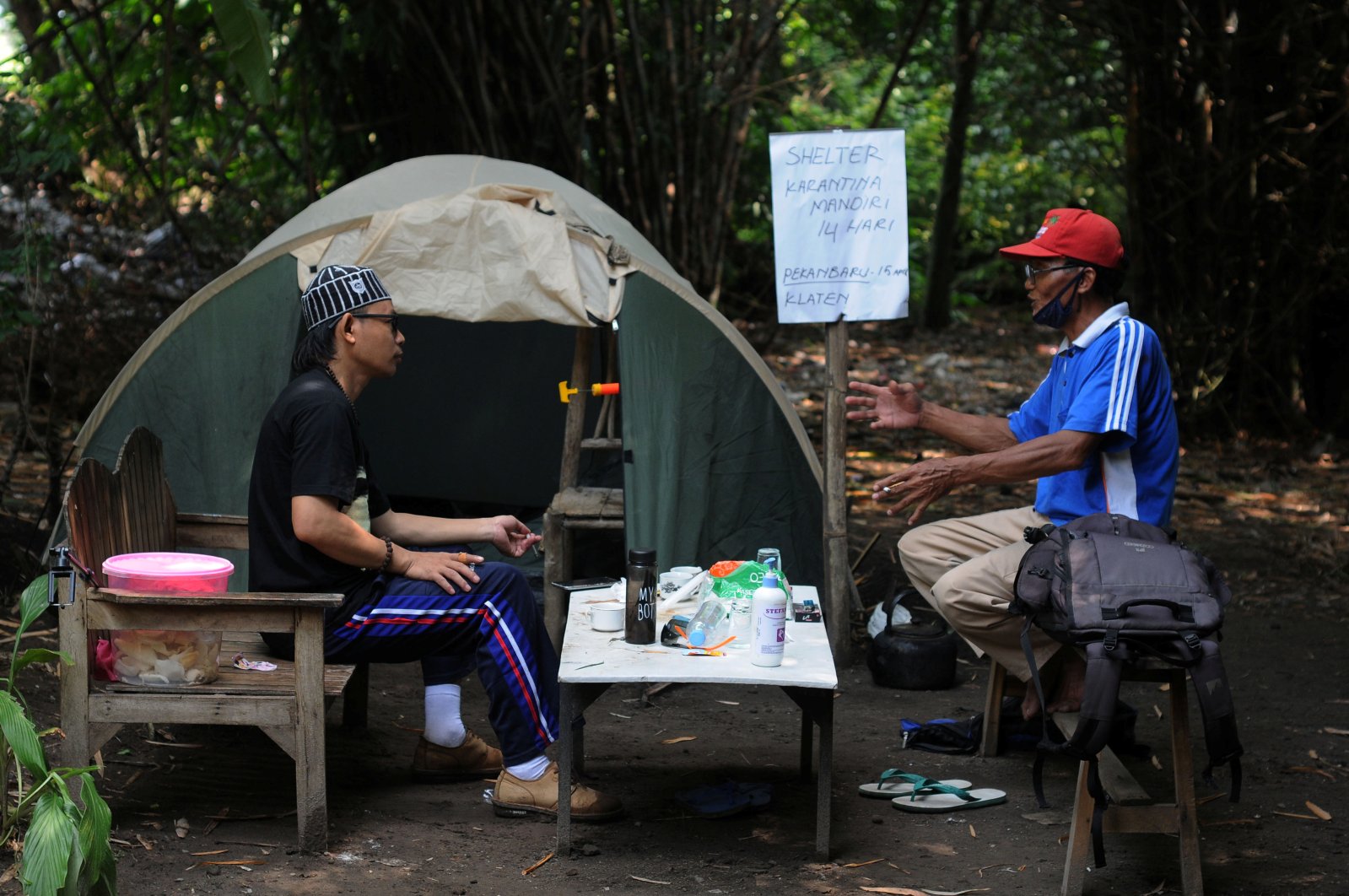 Abdullah Al Mabrur talks with his neighbour outside a tent he used for self-quarantine on a river bank after he came back from Pekanbaru, to prevent the spread of the coronavirus disease in Klaten, Central Java province, Indonesia, April 20, 2020. (Reuters Photo)
by REUTERS Apr 28, 2020 1:12 pm
RECOMMENDED

Returning to his Java village for Ramadan, Abdullah Al-Mabrur pitched a tent in the forest over concerns he might be carrying the coronavirus – and is now spending his self-imposed isolation cleaning up the river he played in as a child.

The Indonesian government banned "mudik" – citizens' traditional return to their hometowns and villages for the fasting month – on Friday to help contain the spread of the epidemic.

Ramadan began the same day, but by then Al-Mabrur had already traveled back from West Sumatra, where he ran a traditional medicine clinic he was forced to close after business plummeted.

Concerned he might have contracted the virus from one of his patients, the 42-year-old chose to avoid the village and stay alone in full protective gear in the nearby bamboo forest.

His daily tasks include clearing the river of rubbish, building a bamboo bridge across it and reading the Quran.

"I have to take care of my family and my environment to cut the spread of the COVID-19 disease," he told Reuters TV. "I see a lot of benefits (isolating) here by the riverbank. This is where I played as a child, 35 years ago."

Each day his family stops by to deliver food.

"I support him because he is trying to keep everyone healthy and prevent people from gossiping about us," said his wife Susanti, after one recent visit.

The village also welcomes his decision.

"The condition of the river is better than before thanks to his good intentions and kindness," said community leader Sumadi.

Indonesia, the world's most populous Muslim-majority country, has reported just over 9,000 coronavirus infections with 765 deaths, the highest toll in East Asia after China.