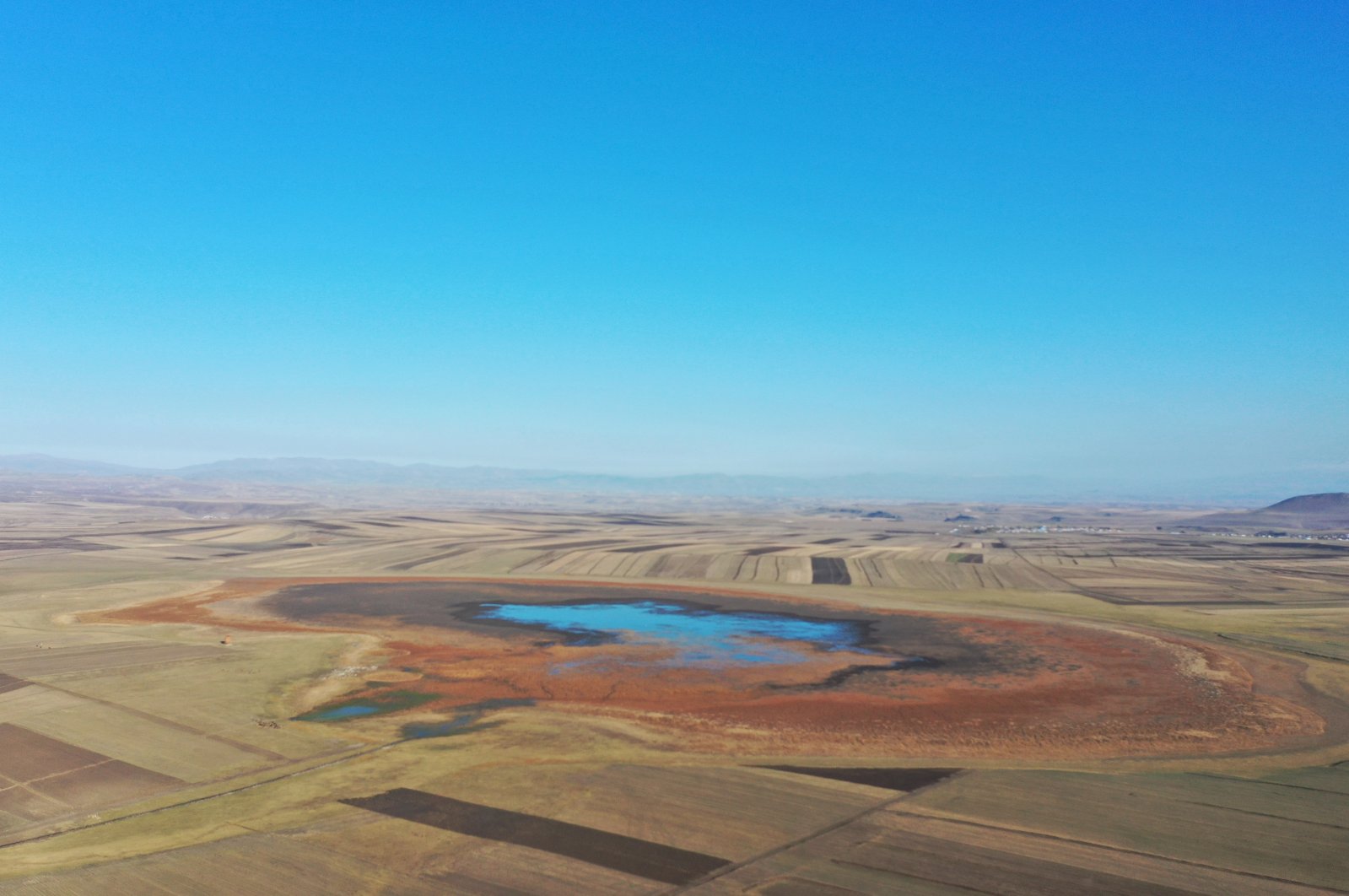 Despite drying up last year, Kuyucuk Lake in Kars' Arpaçay district has been revived and now hosts 110 bird species as of November 2020, in eastern Turkey. (AA Photo)
by Anadolu Agency
Nov 18, 2020 12:30 pm

Kuyucuk Lake in eastern Turkey, known as a major ecotourism spot and bird paradise in the country, is hosting up to 110 bird species this year, much fewer than it had before a dry spell last year.

The lake, located in the Arpaçay district of Kars province, is protected by the Ramsar Convention but completely dried up last year. However, thanks to specialized drilling work carried out by the provincial governorship in the area, its condition has been restored and birds have begun to flock to the area again.

A sewage line of Kuyucuk village was put into service to prevent waste from mixing with the lake water, and 300 tons of waste was transported during the process, according to Resul Gök, the provincial head of the General Directorate of Nature Protection and National Parks.

Gök said 27 liters (7.1 gallons) of water per second was pumped into the lake during the drilling work.

He also said they had set up an online meteorology station on the shores of the lake to monitor the impact of climate change.

The wildlife reserve is among the most important wetlands in the country and is Turkey's 13th internationally recognized Ramsar site. The bird paradise covers an area of 416 hectares (1,028 acres), 245 hectares of which is the lake alone, and is located 1,627 meters (5,338 feet) above sea level.

The lake hosts many bird species including stilts, ruddy shelducks, coots, black-necked grebes, starlings and graylag geese as well as many migratory birds flying between Eurasia and Africa and those that stay for a short time in the region.

The biodiversity of the lake makes it a popular spot for birdwatchers as well as photography aficionados.

The Ramsar Convention, also known as the Convention on Wetlands, was adopted in the Iranian city of Ramsar in 1971 and is an intergovernmental treaty that provides the framework for the conservation and wise use of wetlands and their resources.