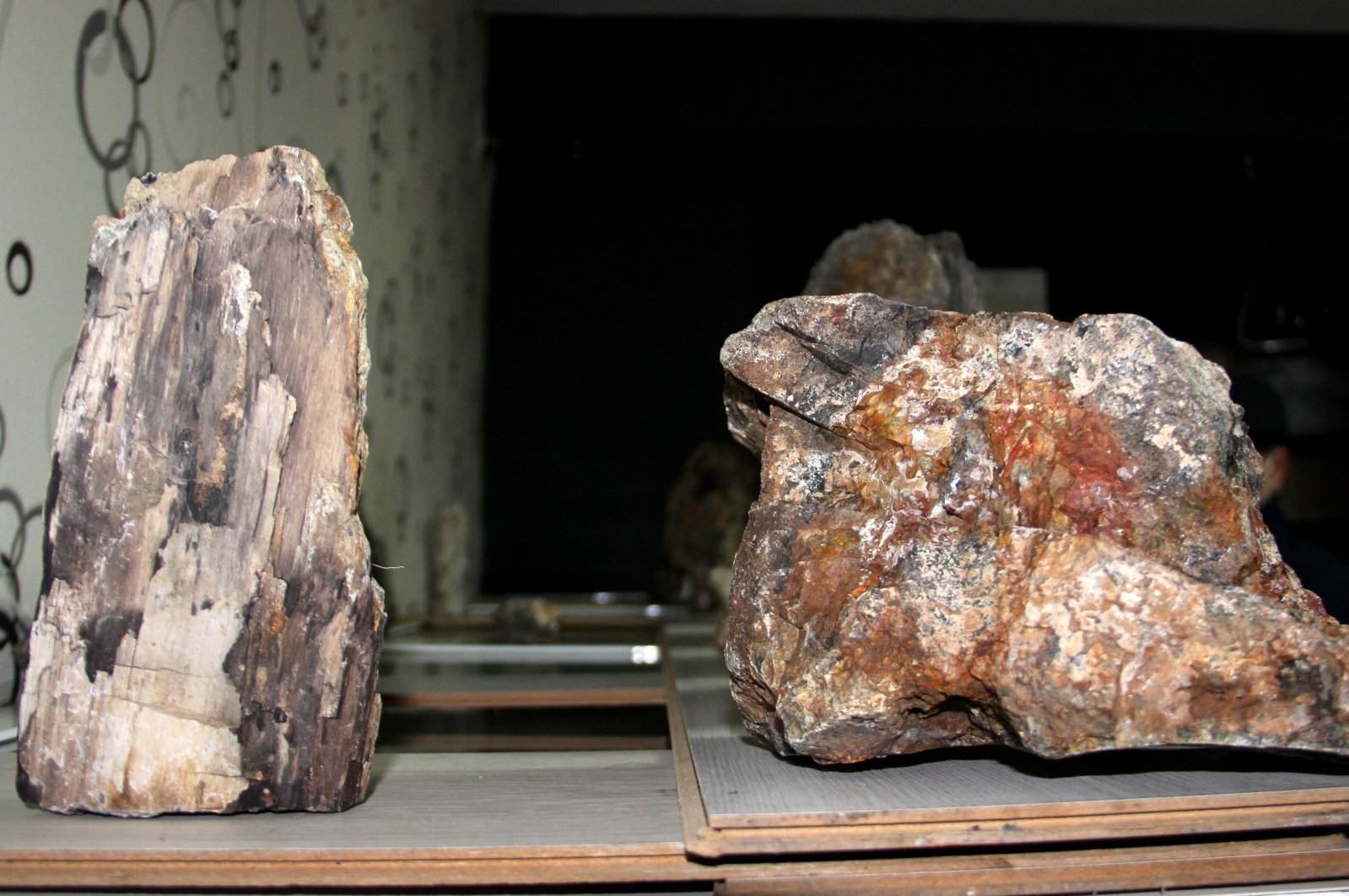 Historian and researcher Oğuzhan Türk was wandering in the beautiful countryside of Erzurum searching for precious gems when he came across the remains of a piece of natural history, which turned out to be a 160 million-year-old fossilized tree.

Curious about the age of the remains he found, Türk sent them to professor Ünal Akkemik, the head of the Department of Forest Engineering at the University of Istanbul's Forestry Faculty. Akkemik, who had studied fossilized trees in the northern and northeastern provinces of Tokat, Gümüşhane and Erzurum, said he believed the fossils found by Türk were the oldest trees to date in Turkey.

Türk said he was drawn to the intriguing color and shape of the pieces of the tree trunk.

Akkemik said the discovery was significant as fossil trees help us understand the link between the past and the present. Giving an example on the matter, he said that thanks to studies carried out on the trees, they were able to determine the origins of materials that made up the local Oltu stone, a kind of jet found around the Oltu town of eastern Erzurum province. They discovered that the main material of the Oltu stone was trees from the Araucaria genus, which are indigenous to the Southern Hemisphere. The study confirms the existence of these trees in the Northern Hemisphere, in Turkey, 65 million years ago.

Akkemik explained that the fossils found in Erzurum were especially important because of their age. He emphasized that fossils of that age were rare.

"In this regard (fossils in) the area surrounding Erzurum and Gümüşhane are much more significant because they contain information on a much older time period. They show us what kinds of trees lived in this geography, in these lands nearly 160 million years ago. They are very important in this sense. Because there are very few samples of these formations, they already require very special conditions to form so they need to be protected," he told Ihlas News Agency (IHA).

Akkemik added that they were working hard to ensure the protection and further scientific studies of fossil trees.

Türk joined him in raising awareness for protecting fossils. "We shouldn't underestimate the importance of fossils. They carry significant geological, botanical and climatological importance," he said.