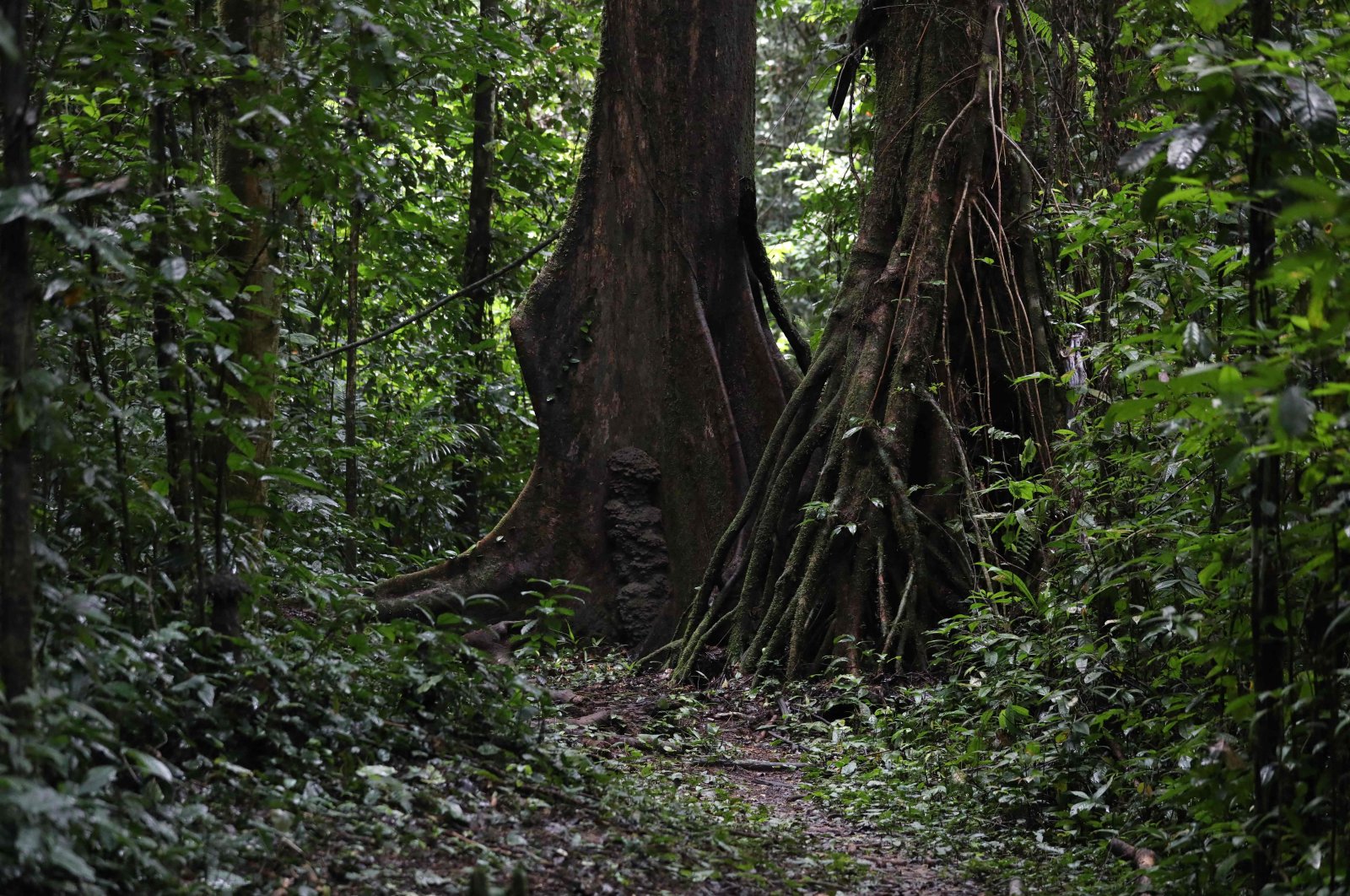 A general view of the Oban Biosphere Reserve, in Calabar, Cross River, Nigeria where UNESCO Chief Audrey Azoulay visited during a tour of the Reserve on Sept. 12, 2021. (AFP Photo)
by French Press Agency - AFP Sep 16, 2021 10:41 am
RECOMMENDED

Twenty new sites in 21 countries across the world were added on Wednesday to UNESCO's global network of biosphere reserves, the U.N. agency's designation for specially protected regions.

For the first time, Lesotho, Libya and Saudi Arabia joined the list.

In Lesotho, the Matseng Biosphere Reserve covers an area of 112,033 hectares in the northern highlands, sometimes called the Kingdom in the Sky, according to UNESCO.

"The site is an endemic bird area of high priority, with species such as the Drakensberg siskin."

In Libya, the 83,060 hectares Ashaafean Biosphere Reserve is located in the northeastern part of the Nafusa Mountain.

With "dry woodlands and steppe grasslands to the north and hyper-arid southern zones in the Sahara Desert," the area is home to endangered species, such as the striped hyena and the Land tortoise.

Finally in Saudi Arabia, the Juzur Farasan Biosphere Reserve is an 820,000-hectare archipelago located at the extreme southwest of the country near the Yemeni border.

The islands are home to threatened red mangrove Rhizophora mucronate, the largest population of Idmi gazelle in the country and various species of seabirds, marine species and reptiles.

"The International Coordinating Council of UNESCO's Man and the Biosphere Programme ... approved these additions along with the extension or re-zoning of two existing biosphere reserves (in Italy and Chile)," the agency said in a statement.

Among the new approved sites, two are transborder.

Biosphere reserves are nominated by governments and remain under their jurisdiction once approved.

With 25 sites approved last year, the latest additions bring the total number of reserves to 727 in 131 countries – a zone covering nearly 5% of the planet.

Two applications, from Russia and Zambia, were deferred, UNESCO said, and both countries were invited to revise the nomination or provide clarifications.

Five other sites, located in Gabon, Bulgaria, Romania and Russia, were removed from the list, UNESCO said.

They either no longer fit the criteria for a biosphere or the governments had asked for them to be dropped, the agency added.

"The erosion of biodiversity is no longer a hypothesis, but a fact," she said in a statement, warning of an "impending collapse."

"But this collapse is not inevitable: There is still time to make peace with the planet," she added.

A draft treaty to be discussed at an upcoming U.N. biodiversity summit in Kunming, China, proposes that 30% of the planet's lands and oceans become protected areas by 2030.