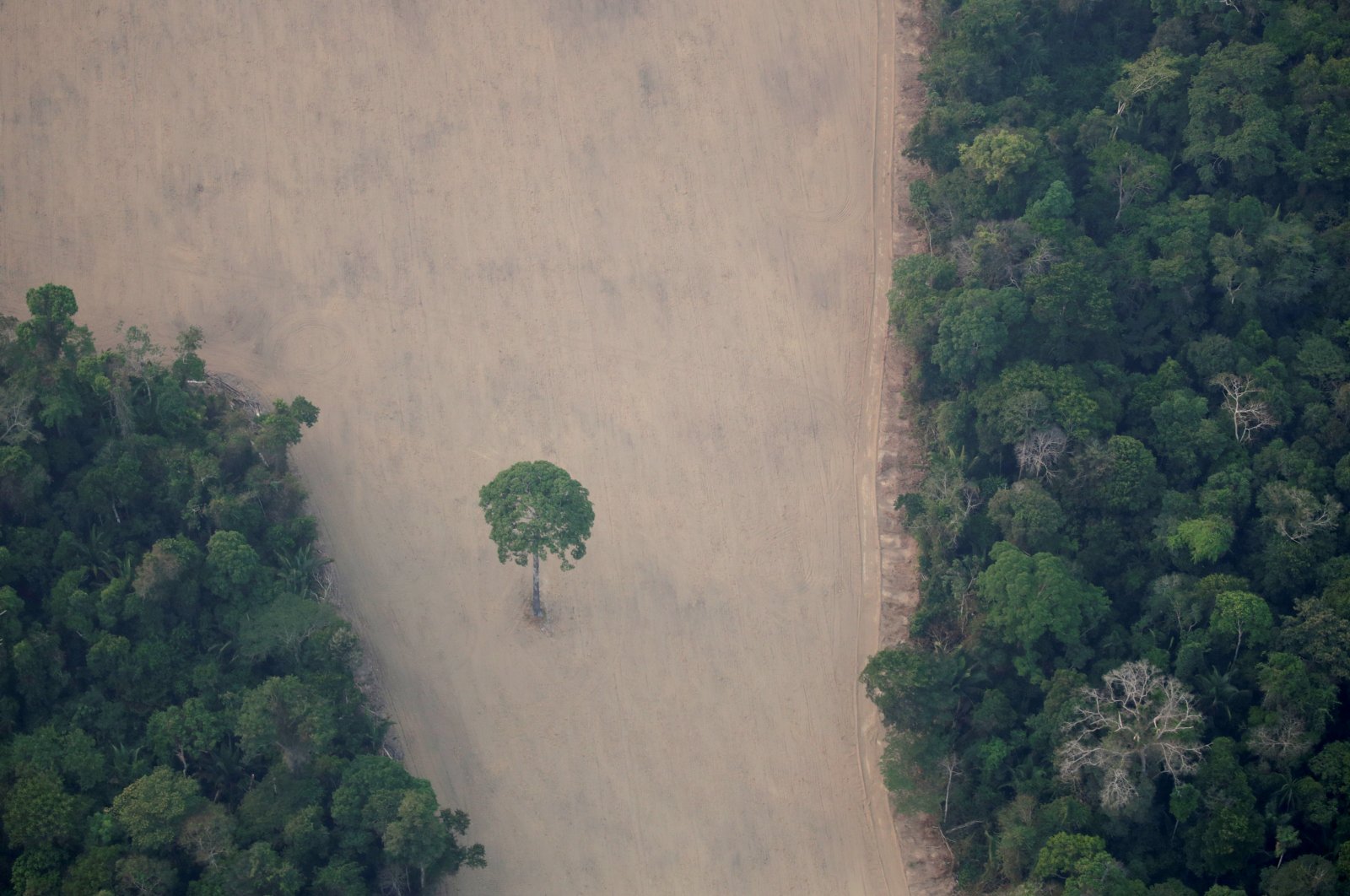 It has not gotten much attention with the world focused on coronavirus, but deforestation has surged in the Amazon rainforest this year, raising fears of a repeat of last year's record-breaking devastation — or worse.

Deforestation in the Brazilian Amazon hit a new high in the first four months of the year, according to data released Friday by Brazil's National Space Research Institute (INPE), which uses satellite images to track the destruction.

A total of 1,202 square kilometers of forest (464 square miles) — an area more than 20 times the size of Manhattan — was wiped out in the Brazilian Amazon from January to April, it found.

That was a 55% increase from the same period last year, and the highest figure for the first four months of the year since monthly records began in August 2015.

The numbers raise new questions about how well Brazil is protecting its share of the world's biggest rainforest under President Jair Bolsonaro, a far-right climate change skeptic who advocates opening protected lands to mining and farming.

"Unfortunately, it looks like what we can expect for this year are more record-breaking fires and deforestation," Greenpeace campaigner Romulo Batista said in a statement.

'Paracetamol for a toothache'

Last year, in Bolsonaro's first year in office, deforestation soared 85% in the Brazilian Amazon, to 10,123 square kilometers of forest.

That loss — nearly the size of Lebanon —fueled worldwide alarm over the future of the rainforest, seen as vital to curbing climate change.

The destruction was driven by record wildfires that raged across the Amazon from May to October, in addition to illegal logging, mining and farming on protected lands.

The trend so far in 2020 is all the more worrying given that the usual high season for deforestation only starts in late May.

"The beginning of the year is not the time where deforestation normally happens, because it's raining, and it's raining a lot," said Erika Berenguer, an ecologist at Oxford and Lancaster Universities.

"In the past, when we see deforestation increase in the beginning of the year, it's an indicator that when deforestation season starts... you're going to see an increase, as well."

Bolsonaro this week authorized the army to deploy to the Amazon to fight fires and deforestation from May 11.

He also deployed the army last year, after facing scathing international criticism for downplaying the fires.

Environmentalists said a better plan would be to give more support to Brazil's environmental protection programs.

Under Bolsonaro, environmental agency IBAMA has faced staffing and budget cuts. Last month, the government fired the agency's top environmental enforcement officer, after he authorized a raid on illegal miners that was broadcast on television.

Another problem with the government's military strategy, said Berenguer, is that it has focused exclusively on fires.

That ignores the fact that fires are often caused by illegal farmers and ranchers bulldozing trees and then burning them, she told Agence France-Presse (AFP).

Addressing only the fires "is like me taking paracetamol because I have a toothache: it's going to reduce the pain, but if it's a cavity, it's not going to cure it," she said.

The coronavirus pandemic is only making things more complicated in the Amazon region.

Brazil, which holds more than 60% of the Amazon, is the epicenter of the pandemic in Latin America, with nearly 10,000 deaths so far.

The state of Amazonas, largely covered in forest, has been one of the hardest hit.

With only one intensive care unit, the state has been overwhelmed by the outbreak.

There are also fears of the potentially devastating effects the virus could have among indigenous communities, which are historically vulnerable to outside diseases.

With attention, resources and lives taken away by coronavirus, the fear is that officials, environmentalists and inhabitants could have less capacity to protect the forest.

The mayor of the state capital, Manaus, Arthur Virgilio, drew a link between the two tragedies this week in an appeal for help from world leaders.

"We need medical personnel, ventilators, protective equipment, anything that can save the lives of those who protect the forest," he said.

It is unclear whether the pandemic will have an impact on deforestation, but the fact that they have surged in tandem in Brazil is cause for concern.

"There is a web of connected factors (driving deforestation), and in the context of coronavirus, things are even more worrying," Greenpeace Brazil spokeswoman Carolina Marcal told AFP.