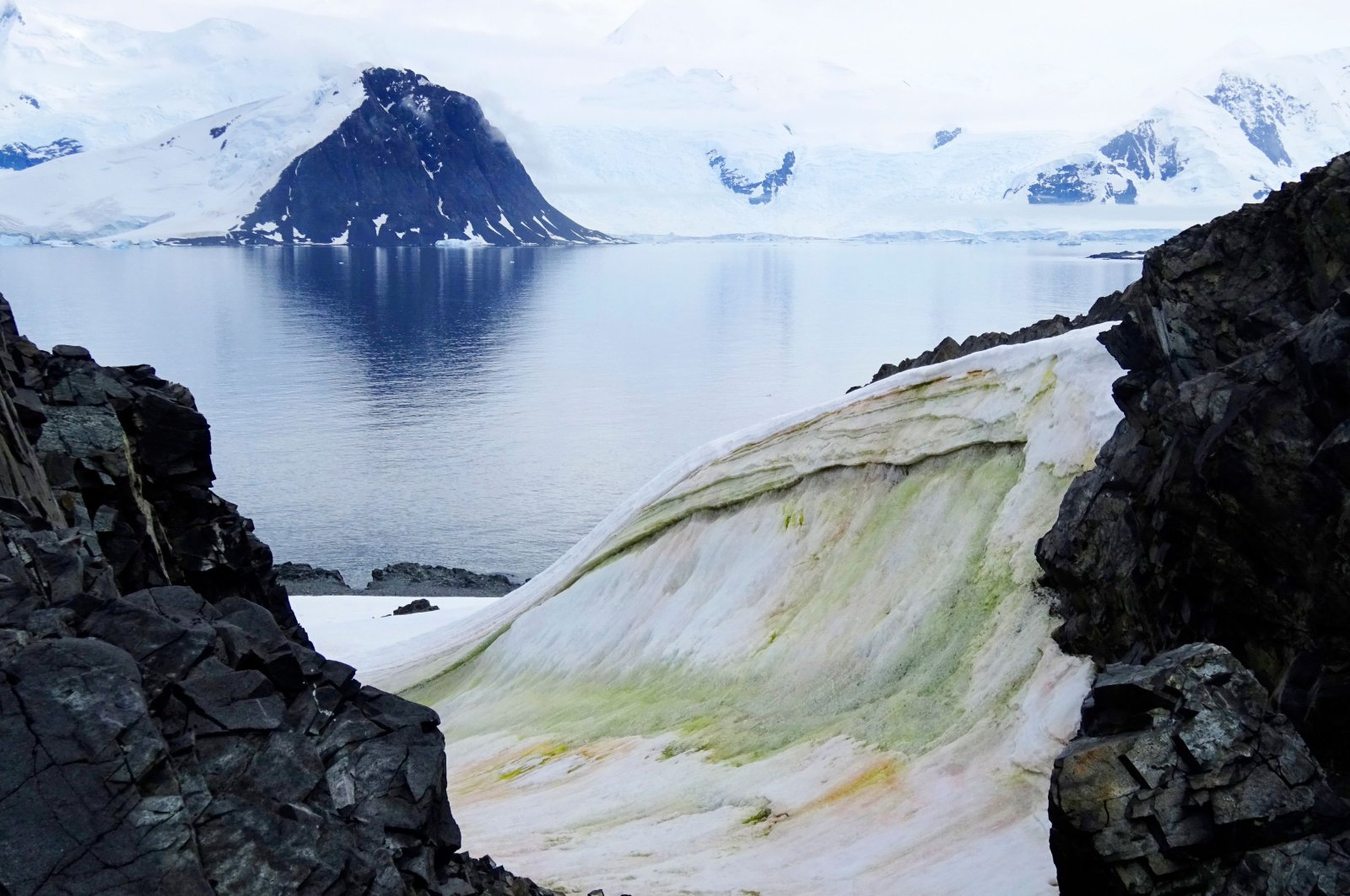 This handout picture taken in 2018 and released by the University of Cambridge shows multi-colored snow algae on Anchorage Island, in Antarctica, 2018. (AFP Photo)
by REUTERS May 20, 2020 12:12 pm
RECOMMENDED

Antarctica conjures images of an unbroken white wilderness but blooms of algae are giving parts of the frozen continent an increasingly green tinge.

Warming temperatures due to climate change are helping the formation and spread of "green snow" and it is becoming so prolific in places that it is even visible from space, according to new research published on Wednesday.

While the presence of algae in Antarctica was noted by long-ago expeditions, such as the one undertaken by British explorer Ernest Shackleton, its full extent was unknown.

Now, using data collected over two years by the European Space Agency's Sentinel 2 satellite, together with on-the-ground observations, a research team from the University of Cambridge and the British Antarctic Survey have created the first map of the algae blooms on the Antarctic Peninsula coast.

"We now have a baseline of where the algal blooms are and we can see whether the blooms will start increasing as the models suggest in the future," Matt Davey of the University of Cambridge's Department of Plant Sciences told Reuters.

Mosses and lichens are considered the dominant photosynthetic organisms in Antarctica – but the new mapping found 1,679 separate algal blooms that are a key component in the continent's ability to capture carbon dioxide from the atmosphere.

"The algal blooms in Antarctica are equivalent to about the amount of carbon that's being omitted by 875,000 average U.K. petrol car journeys," Davey said. "That seems a lot but in terms of the global carbon budget, it's insignificant."

Green is not the only splash of color in Antarctica. Researchers are now planning similar studies on red and orange algae, although that is proving harder to map from space.