As bee population drops, mechanical pollination may be only solution 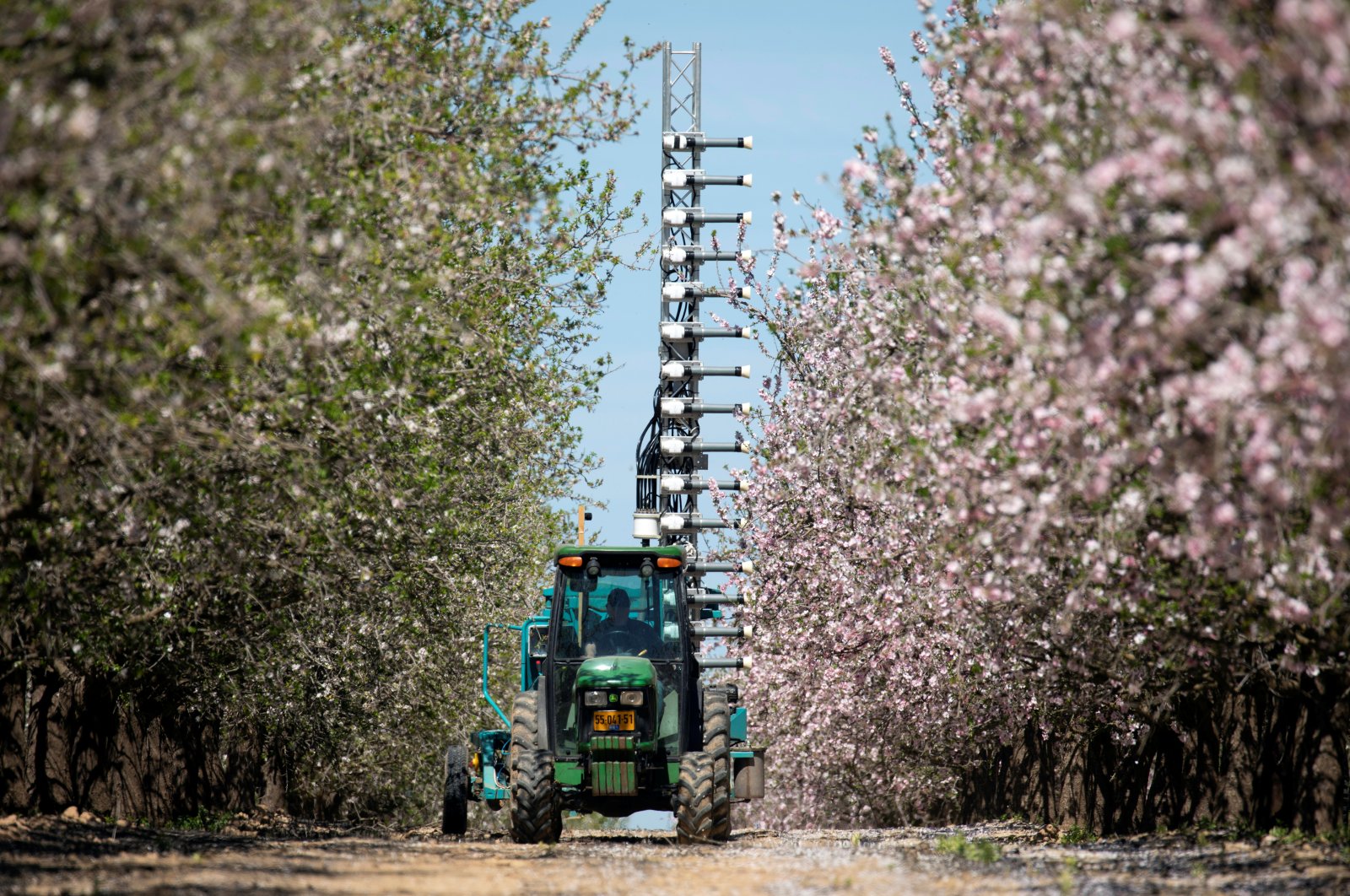 A mechanical hum replaced the buzzing of the bees in one Israeli community this season as farmers, concerned about the global drop in bee populations, tried out a new method of pollinating their crops.

Through an almond orchard in the area of Tel Arad in a desert plain in southern Israel, a tractor pulled a mast equipped with about a dozen small cannons that fired precise shots of pollen at the trees, enabling them to fertilize.

The job is usually done by natural pollinators – most often bees – but there has been a drastic fall in bee numbers around the world, largely due to intensive agriculture, the use of pesticides and climate change.

Most crops rely on pollination, so the trend has worried groups like the United Nations Food and Agriculture Organization as it looks to fight hunger in the growing human population.

"We see a crisis in 15 years where we don't have enough insects in the world to actually do pollination and most of our vitamins and fruits are gone," said Eylam Ran, CEO of Edete Precision Technologies for Agriculture.

His company says its artificial pollinator can augment the labors of – and eventually replace – bees. Its system mirrors the work of the honey bee, beginning with a mechanical harvest of pollen from flowers and ending with a targeted distribution using LIDAR sensors, the same technology used in some self-driving cars.

Edete has been working on a small-scale trial in several orchards in Israel and Australia and has agreements to do the same in the United States. The company hopes to scale up and be ready to sell its products on the market in 2023.