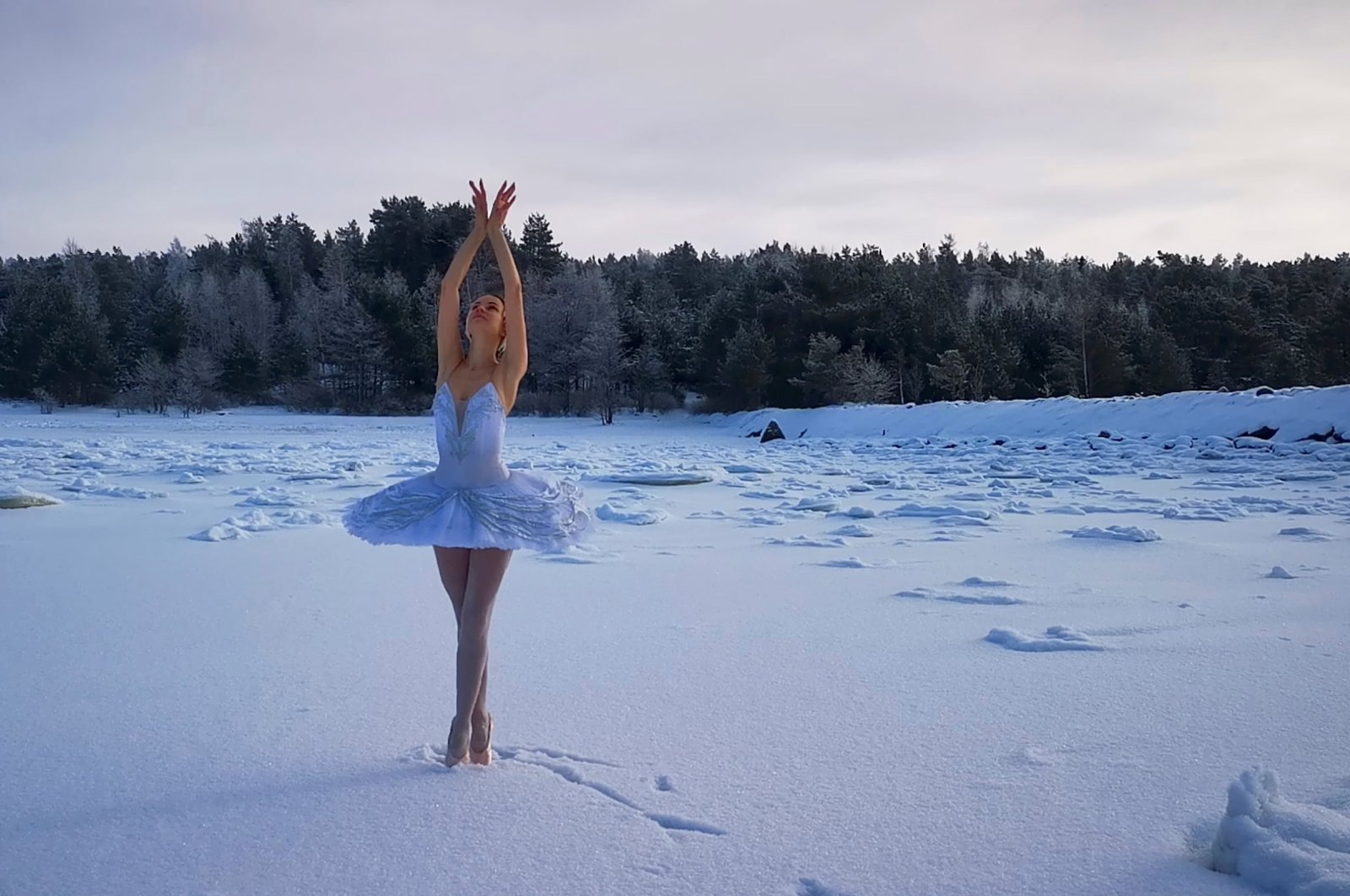 Ilmira Bagautdinova, a ballet dancer from Mariinsky Theater, performs on the ice of frozen Batareynaya Bay to protest the construction of a grain terminal and other infrastructure in the Gulf of Finland, in the Leningrad region, Russia, in this still image taken from video released on Feb. 20, 2021. (Reuters Photo)
by REUTERS Mar 15, 2021 12:33 pm
RECOMMENDED

Dancer Ilmira Bagautdinova traded one of Russia's most prestigious stages for the frozen waters of the Gulf of Finland in an artful protest against a construction project locals say threatens a unique natural habitat.

Braving freezing temperatures in her pointe shoes and white tutu, Bagautdinova filmed herself as she performed arabesques and plies on the frozen waters of Batareinaya Bay after she read reports there were plans to build a grain silo at the site.

The Mariinsky Theatre dancer posted the video online, adding music from Tchaikovsky's "Swan Lake" in a nod to the swans that live in the area about 50 kilometers (30 miles) west of St. Petersburg.

"This is a unique natural and historical place where swans nest in the spring, where families with children holiday in the summer, where hundreds of fishermen go out onto the ice in the winter," she wrote on Facebook. "All this is threatened with destruction."

The Leningrad regional authority told Reuters it had not issued any construction permit to build in the area.

Bagautdinova called on Russians to sign an online petition addressed to President Vladimir Putin calling for the bay to be left in its natural state. The petition has so far garnered more than 7,650 signatures.

"It was my cry from the heart to save an amazing place that has a special meaning for me," the 29-year-old told Reuters.

Bagautdinova said her family often visited the bay's sandy beaches in the summer and sleighed there in the winter.

"It would be great if after I danced here, the construction would stop and we could save this amazing natural place," Bagautdinova said. "But I don't think it's that easy."