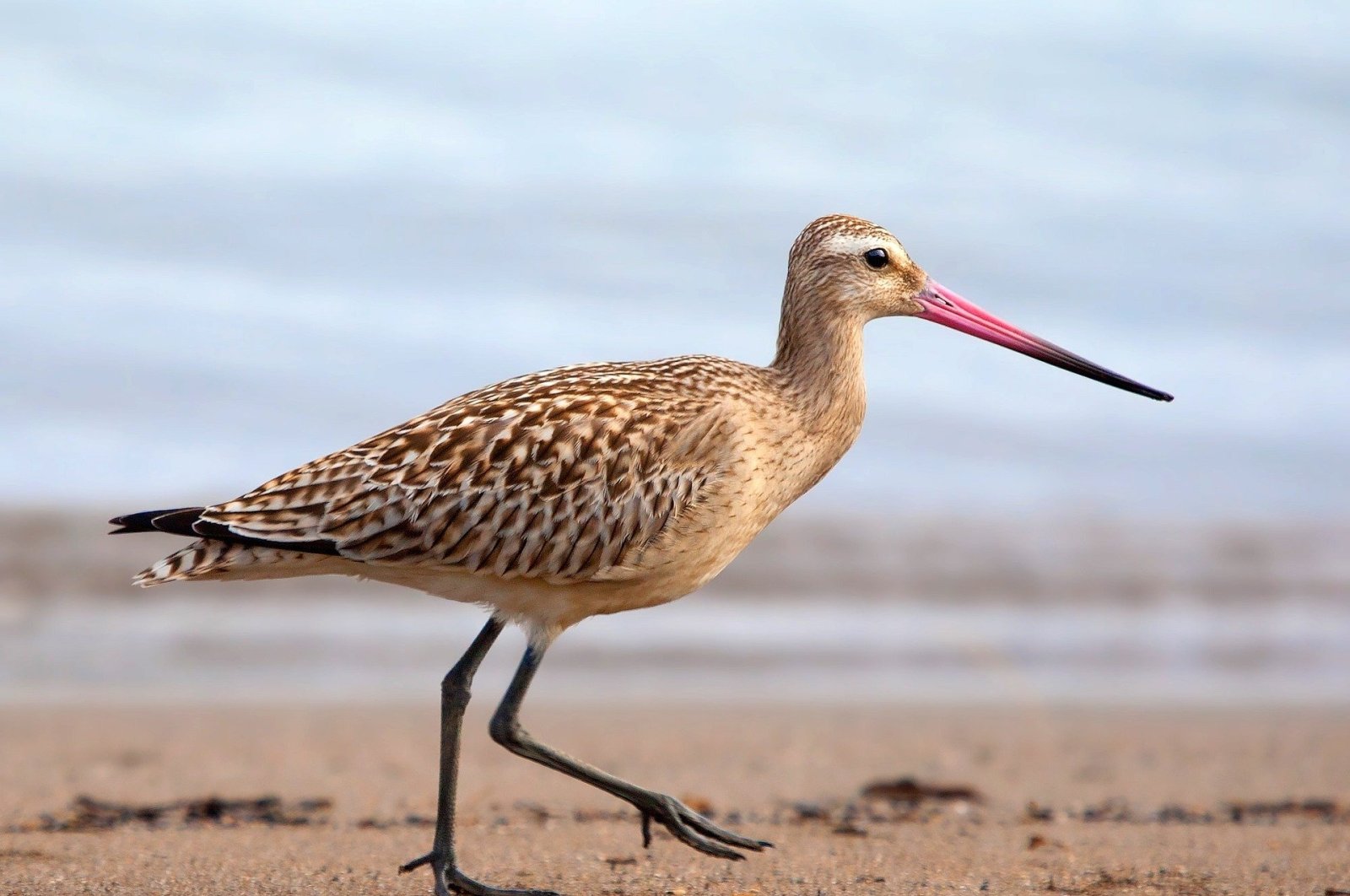 A bar-tailed godwit has set a new world record for the longest nonstop flight made by a bird in its over 12,000-kilometer (7,500-mile) journey from Alaska to New Zealand.

Wearing red, white and blue rings on its legs for identification as well as a satellite tag on its lower back, the male bird was tracked by scientists as it set off from mudflats in southwestern Alaska on Sept. 16, according to a report by The Guardian.

Just 11 days later, the godwit arrived in a bay near Auckland. The bird made its trans-Pacific journey flying at speeds of up to 88.5 kph (55 mph).

The report said the godwits had been feeding on clams and worms for two months in the Alaskan mudflats. A male bar-tailed godwit, normally weighing 190-400 grams (6.7-14.1 ounces), can double in size before a long journey and has the ability to shrink its internal organs to shed some weight.

Scientists believe the bird’s journey was about 12,200 kilometers, rounding down for errors from the satellite tracker that reported 12,854 kilometers. The flight took about 224 hours, during which the birds are not believed to have slept.

This bar-tailed godwit broke the previous record of 11,680 kilometers recorded in 2007.

Jesse Conklin of the Global Flyway Network, a consortium that studies avian migratory journeys, said the birds “have a lot of things going for them.”

“They have an incredibly efficient fuel-to-energy rate ... They are designed like a jet fighter. Long, pointed wings and a really sleek design which gives them a lot of aerodynamic potential,” he told The Guardian.

Conklin said scientists still haven’t figured out how the birds navigate across the globe, “but they seem to have an onboard map.”

“They are flying over open ocean for days and days in the mid-Pacific; there is no land at all. Then they get to New Caledonia and Papua New Guinea where there are quite a few islands and, we might be anthropomorphizing, but it really looks like they start spotting land and sort of think: ‘Oh, I need to start veering or I will miss New Zealand,’” he said.

The record-setting godwit is among 20 birds that were caught and tagged in late 2019 by the Pukorokoro Miranda Shorebird Centre southeast of Auckland. They are expected to start their next migration in March, this time flying across Asia to feed around the Yellow Sea before returning to Alaska.