Brazil has deforested 10,000 square kilometers of Amazon rainforest in 2019 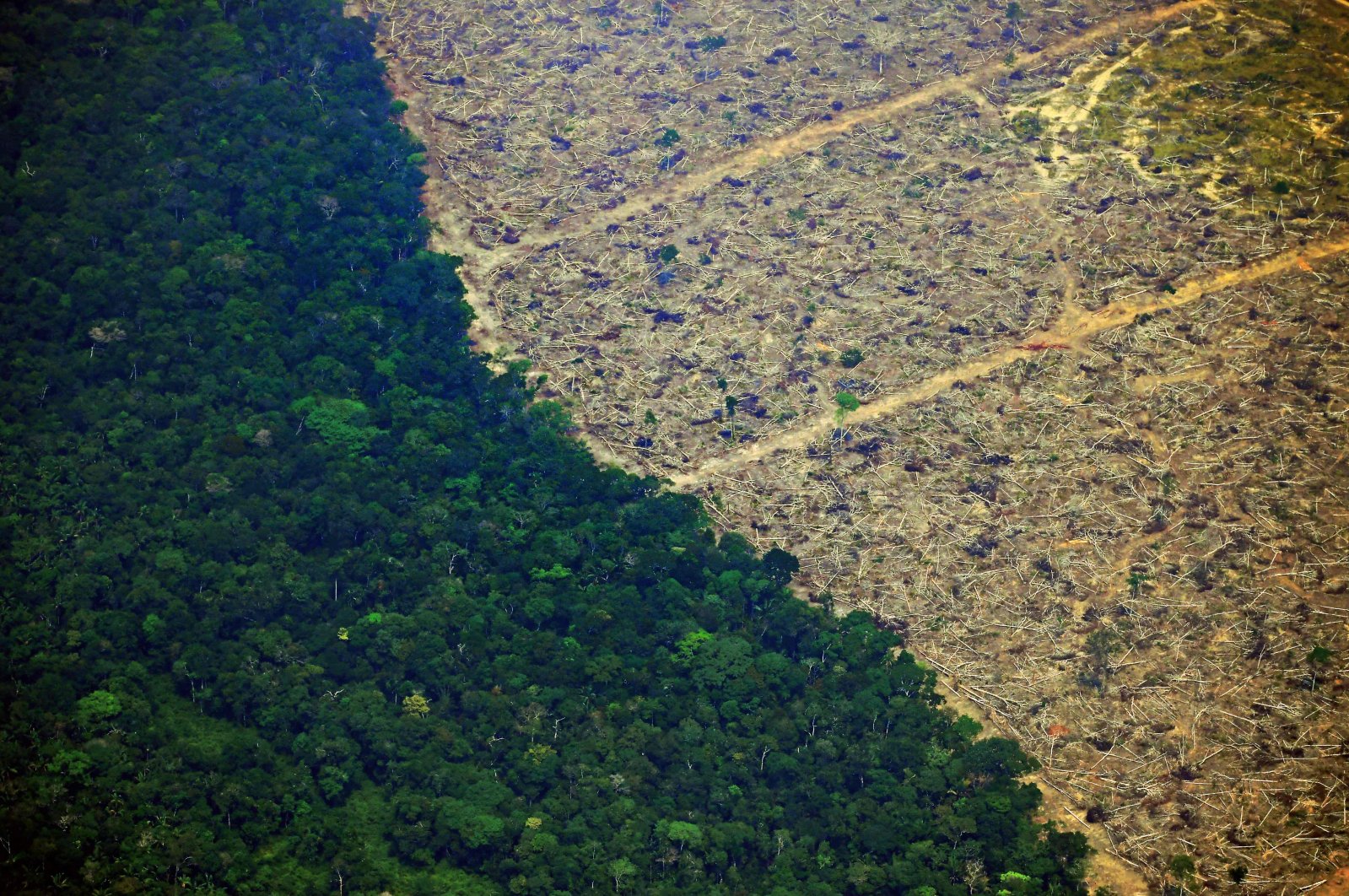 An aerial view of a deforested piece of land in the Amazon rainforest near an area affected by fires, 65 kilometers from Porto Velho, state of Rondonia, northern Brazil, Aug. 23, 2019. (AFP Photo)
by REUTERS Jun 10, 2020 4:12 pm
RECOMMENDED

Deforestation of Brazil's Amazon rainforest was worse than previously reported in 2019, revised government data showed on Tuesday, during the first year of President Jair Bolsonaro, who is keen to develop the forest crucial to curbing global warming.

Brazil's space research agency INPE recorded 10,129 square kilometers of deforestation (3,911 square miles) for its benchmark annual period from August 2018 to July 2019. That's an area about the size of Lebanon and a 34.4% rise from the same period a year earlier.

The revision is higher than INPE's initial report of 9,762 square kilometers of forest destroyed during that period, an increase of 29.5%.

The 2019 data remains the highest level of deforestation seen in Brazil's Amazon since 2008, a level it had already hit prior to the revision.

INPE generally revises the data every year for accuracy as a standard practice.

Environmental advocates and scientific researchers blame the policies of right-wing Bolsonaro for emboldening illegal loggers, ranchers and land speculators to clear the forest.

Bolosonaro has urged the development of the Amazon, including protected areas, as a way to lift the region's poor residents out of poverty.

Brazil is home to roughly 60% of the Amazon, the world's largest rainforest. Protection of the Amazon is vital to curbing climate change, scientists say, because of the vast amount of carbon dioxide it absorbs.

The revised data is based on a system called PRODES that is only released once annually, which is more accurate than monthly data reported using a rapid system known as DETER.

Monthly data shows that deforestation has continued to worsen in 2020, rising 55% for the period of January to April, as compared to the same period in 2019.

Bolsonaro deployed the armed forces to combat rising deforestation in May, using a decree that expires Wednesday but which officials say they expect to be renewed for another 30 days.