Cannibalism on rise among polar bears due to habitat erosion, say Russian scientists 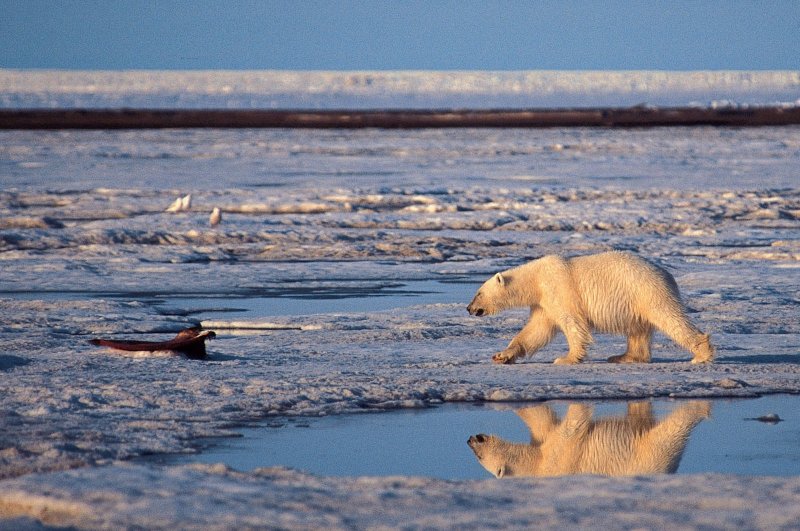 Cases of polar bears killing and eating each other are on the rise in the Arctic as melting ice and human activity erode their habitat, a Russian scientist said Wednesday.

"Cases of cannibalism among polar bears are a long-established fact, but we're worried that such cases used to be found rarely while now they are recorded quite often," said polar bear expert Ilya Mordvintsev, quoted by Interfax news agency.

"We state that cannibalism in polar bears is increasing," said Mordvintsev, a senior researcher at Moscow's Severtsov Institute of Problems of Ecology and Evolution.

Speaking at a presentation in the northwestern city of St. Petersburg, he suggested that the behavior could be due to lack of food.

"In some seasons there is not enough food and large males attack females with cubs," he said.

The rise in cases may also be partly due to more people working in the Arctic and reporting such behavior, he said.

"Now we get information not only from scientists but also from the growing number of oil workers and defense ministry employees."

This winter the area from the Gulf of Ob to the Barents Sea, where polar bears used to hunt, is now a busy route for ships carrying LNG (liquefied natural gas), Mordvintsev said.

"The Gulf of Ob was always a hunting ground for the polar bear. Now it has broken ice all year round," he said, linking this to active gas extraction on the huge Yamal peninsula that borders the Gulf of Ob, and the launch of an Arctic LNG plant.

Russia, already a key global oil and gas exporter, is keen to develop its LNG potential in the Arctic. It has also significantly upgraded its military facilities there.

Another Russian scientist, Vladimir Sokolov, who has led numerous expeditions by the Arctic and Antarctic Research Institute, based in St. Petersburg, said this year polar bears had mainly been affected by abnormally warm weather on Spitsbergen Island to the west in Norway's Svalbard archipelago, where there have been no ice floes and little snow.

Russian researchers have recorded growing numbers of polar bears moving away from their traditional hunting grounds as ice melts due to global warming.

Over the last quarter-century, Arctic ice levels by the end of summer have fallen by 40%, said Sokolov. He predicted that polar bears would eventually no longer hunt on sea ice and be confined to shore areas and high-latitude archipelagos.

Russians living in Arctic settlements have sounded the alarm over dozens of bears entering areas of human habitation, particularly to raid rubbish dumps for food.