Carettas not out of danger yet: only 2% survive in sea 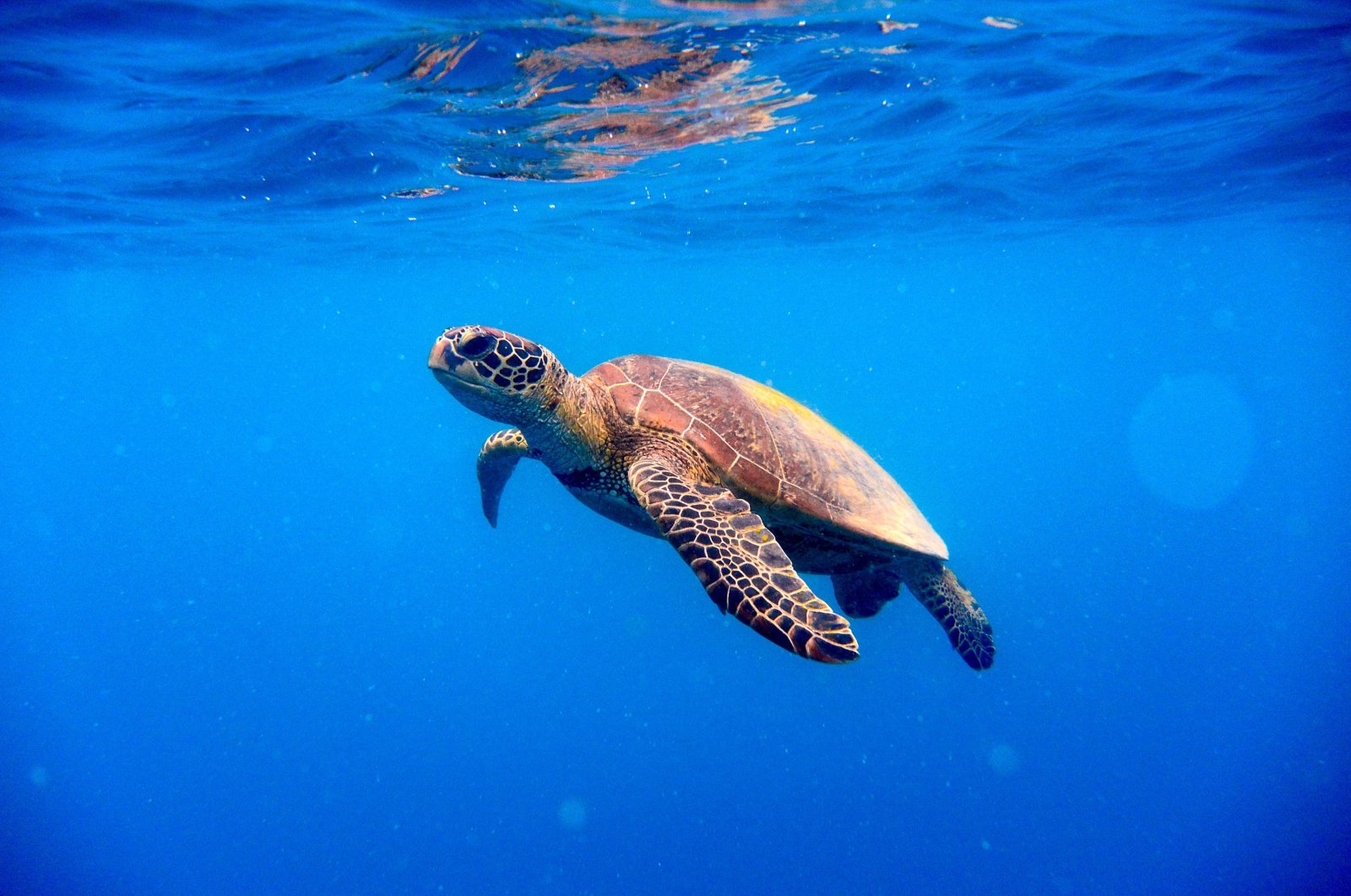 An adult Green Sea Turtle swims near the surface of the sea. (Photo by Gettyimages)
by Daily Sabah with DHA Oct 26, 2021 2:02 pm
RECOMMENDED

Every year, around hatching season, it is common to see a surge of news reporting Caretta caretta eggs laid in the beach by thousands, showing the cutest hatchling crawling to reach their life in the sea – and we breathe a sigh of relief. We, as humans, have neglected these animals in the past, and it warms our hearts to see them in much better conditions. They deserve all the good deeds we do. Yet, has the situation improved enough for us to stop thinking about them? Are they really flourishing as a species now?

Ecological Research Association (EKAD) President Ali Fuat Canbolat pointed out that there is a misperception among those who hear about the hundreds of thousands of Caretta caretta, also known as loggerhead sea turtles, newborns that make it to the sea, that the danger of extinction has disappeared for this species. Yet, Canbloat noted that only two or three out of 1,000 eggs reach adulthood.

Turkey's Mediterranean beaches are home to the largest nesting areas for the endangered Caretta caretta and green sea turtle species. They have been protected in Turkey for nearly 30 years under “The Convention for the Protection of the Mediterranean Sea Against Pollution.” There are 25 nesting beaches in Turkey in total, with Antalya ranking first with nine.

Undertaking conservation duties at the 30-kilometer-long (18.6-mile-long) Belek Sea Turtle Nesting Beach, the largest in the Mediterranean for 23 years, EKAD included the afore-mentioned misperception, state of eggs, hatching and all the substances that cause the death of turtles after reaching the sea in this year’s report. The report emphasizes that these species are not increasing in population as generally believed.

Stating that there is an average of 80 eggs in a nest, Canbolat noted that a 48% loss occurs on land where eggs break and babies don't reach the sea. He listed the reason for the loss as follows:

Adding that they also worked on the Manavgat-Kızılot beach as well, he stated that more than 250,000 baby Carettas reached the sea from a total of 6,000 nests combined on two beaches.

Canbolat also noted that the real danger starts when hatchlings reach the sea. Emphasizing that nearly 50% of all who leave the shores perish in the sea, he said, "Many predatory fish species such as sea bass and leer fish feed on baby sea turtles. Furthermore, many of the hatchlings mistake human-made plastic waste or fishing lines for food and choke to death.”

Stating that the total number of eggs laid was around 480,000 in 6,000 beach nests, Canbolat added: “Considering the survival rate of 2% or 3% of the eggs, only about 960 to 1,440 will be able to reach adulthood. Unfortunately, when we say 250,000 hatchlings made it to the sea, some people get the idea that there is no danger of extinction for these species.”

Canbulat concluded his statement by saying: “250,000 hatchlings do not mean the same amount of adults.”