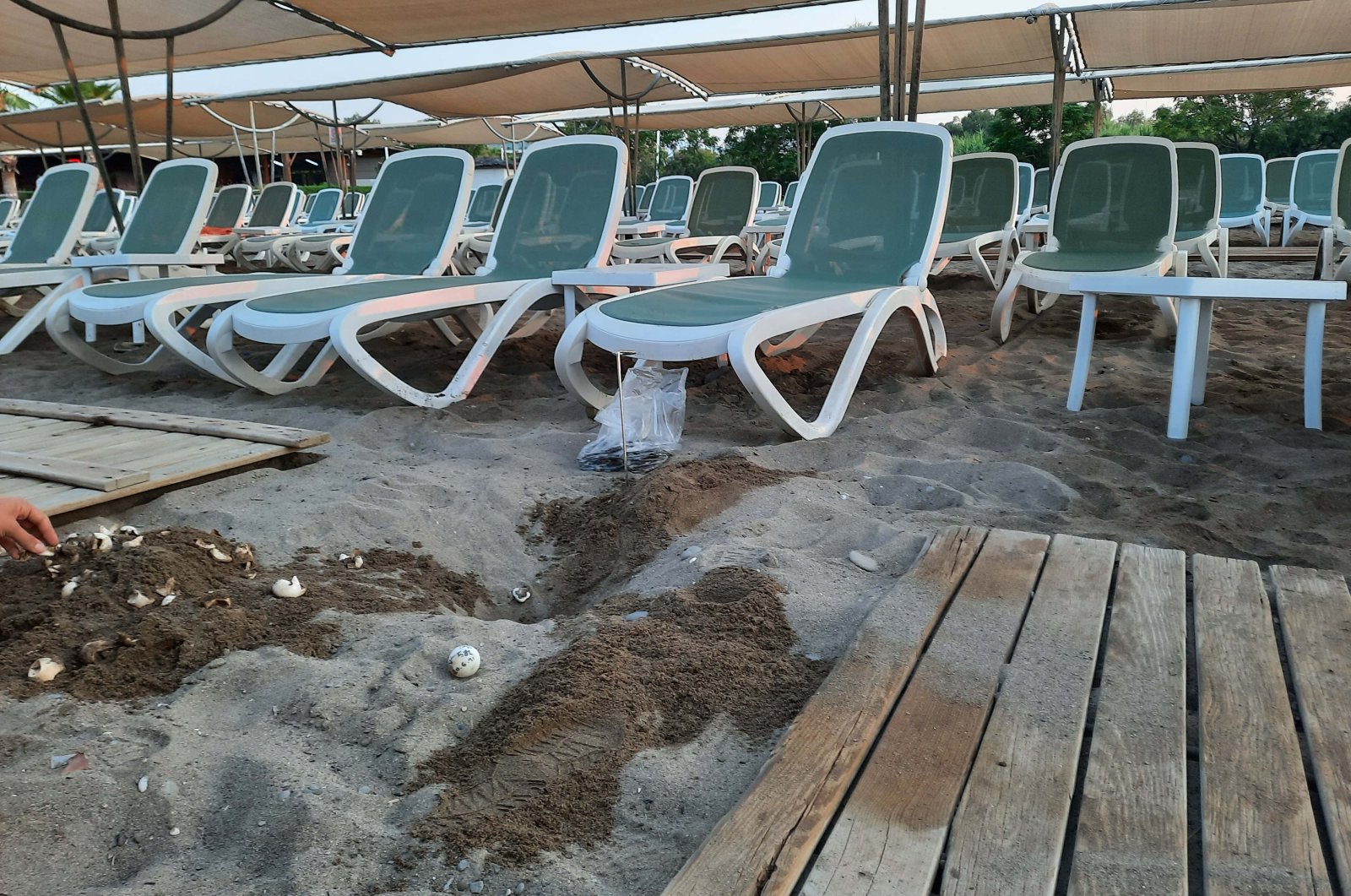 Volunteers tracing the nesting and breeding of endangered loggerhead turtles, also known as Caretta caretta, found carcasses of 60 newborn turtles who died after getting trapped under a walkway in southern Turkey. The incident exposed the problems of human intervention to turtles’ breeding grounds.

The baby turtles were found dead when a wooden walkway on a beach outside a five-star hotel in the Belek district of Antalya province was removed. Along with the carcasses, volunteers found pieces of shattered eggs scattered all over the bottom of the walkway leading to the sea. Turkey’s Mediterranean coast is a popular breeding ground for loggerhead turtles. A 30-kilometer (19-mile) wide stretch of land on the Belek coast is home to more than 2,000 nests every year. The same strip of the coast is also home to a large number of hotels in this popular vacation destination.

Ecological Research Association (EKAD), a non-profit group, has been tracking the activities of turtles for more than two decades and works on their preservation. Volunteers from the group found the walkway on a previously detected breeding ground and asked hotel staff to remove it, only to find the carcasses underneath.

The chair of EKAD Ali Fuat Canbolat told Demirören News Agency (DHA) on Friday that their crew found the carcasses on Thursday morning, but that this was not the first time the breeding grounds were disturbed. “We are routinely checking nests now the turtles' incubation period is over, helping the babies reach the sea if they face obstacles or are too weak. A few weeks ago we found a similar walkway in another area on the coast and managed to recover the babies below it alive, but this time they were not as lucky,” he said.

Canbolat said under government regulation, businesses along the coastline were required to allocate a 65-meter long area for the breeding ground of sea turtles. He said hotels and other establishments are not allowed to place walkways and other material on the beach between May and October every year which is the breeding season of the turtles.

He added that walkways were not the only threat for Caretta carettas. “They are facing many other challenges as well, from exposure to artificial lighting that disturbs their incubation period to maritime, land pollution and uncontrolled, randomly dumped fishing nets. These endanger a species which survived for 110 million years,” he said.

In a separate statement, EKAD said the tourism season, which began late this year due to the COVID-19 pandemic, made hotels reschedule their construction work. In the meantime, authorities launched an investigation into the incident.